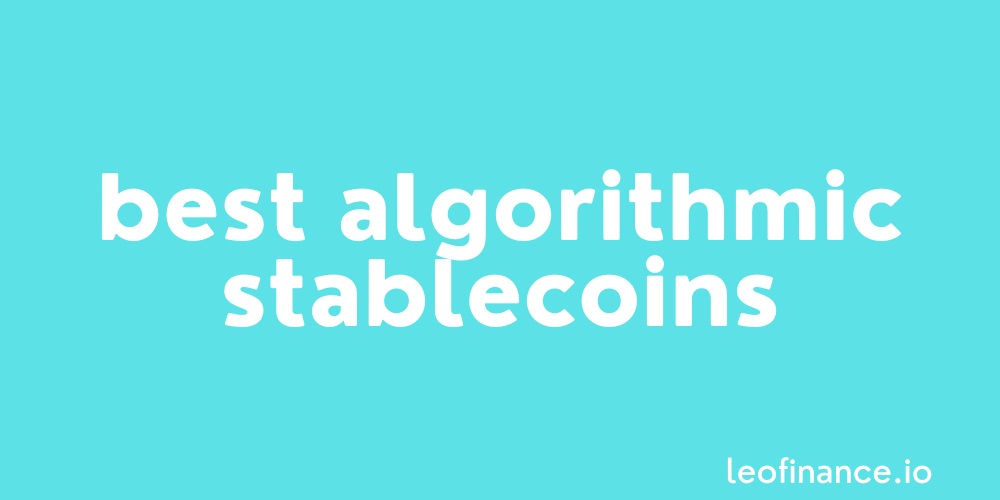 A look at 3 of the best algorithmic stablecoins with a focus on the highly under-appreciated Hive Backed Dollars (HBD).

Stablecoins have undoubtedly evolved beyond Tether and their collateralised USDT product offering.

Tether’s business model has always been to guarantee that for every USDT minted, there is an equal US dollar sitting in a bank to be redeemed at any time.

Essentially they’ve become one giant, retail bank that operates outside of regulatory oversight.

But with a whole raft of questions around trust that quite frankly shouldn’t be there in the crypto space, not to mention the US regulator chasing harder than ever before, algorithmic stablecoins are now the clear better choice.

You see, algorithmic stablecoins don’t actually have any associated collateral behind them.

Acting less like a retail bank and more like a central bank, algorithmic stablecoins don’t have any depositors and aren’t redeemable in the traditional sense.

Instead, non-collateralised stablecoins offer capital efficiency and price stability using other means such as controlling supply/demand via smart contracts.

In this section of our Hive Backed Dollars (HBD) guide, we outline 3 of the best algorithmic stablecoins before offering a final verdict. 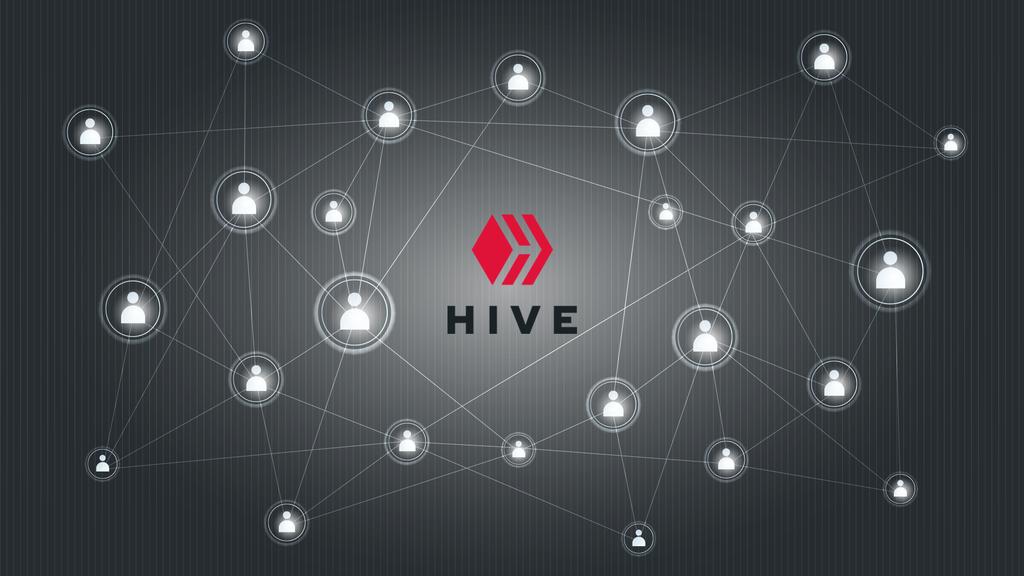 First on our list of best algorithmic stablecoins, we have the underrated gem that is Hive Backed Dollars (HBD).

While pegged to the USD, they are actually backed by the value of HIVE crypto and the network itself.

This backing is provided by an on-chain conversion operation that allows holders to at any time convert 1 HBD to an equivalent of $1 USD worth of HIVE and vice versa.

Through this conversion mechanism, the price of HBD is pegged to the price of the USD without ever actually holding any USD in collateral or transacting in the currency.

As long as the Hive network exists and HIVE has value, then HBD works exactly the same.

Currently, holders who store their HBD in the savings section of their Hive wallet can earn an extremely competitive stablecoin interest of 12%.

Second on our list of best algorithmic stablecoins, you will find Terra (LUNA)’s premier stablecoin, UST.

TerraUSD (UST) is the decentralised, USD-pegged algorithmic stablecoin of the Terra blockchain.

A yield-bearing coin that is pegged to the dollar, UST is collateralised by the blockchain’s native token called LUNA.

The value of UST fluctuates because it’s driven by supply and demand for both LUNA and the USD value.

When UST trades above $1, LUNA holders are able to sell their UST at a premium for LUNA.

The opposite is true when UST trades below $1, with LUNA holders able to buy back cheap UST with LUNA that is subsequently burned.

What this mechanism does is ensure the price of UST is always returned to the equilibrium level of $1 USD.

As you can see, the Terra protocol acts somewhat as a market maker for UST, restocking by inflating the native LUNA supply if the stablecoin system runs out of assets.

When traditional banks are serving ads promoting 1.5% interest rates as something special, this is a game changer.

The third and final algorithmic stablecoin on our best of list, is FEI.

Its aim is to be more capital efficient than its rival algorithmic stablecoins in the space by using the value that it controls to provide liquid secondary markets.

By defending its peg directly in the market, FEI is another project that operates much more like a central bank than a classic retail bank.

Using the Ethereum-based DEX Uniswap for all of its trading activity, FEI applies a strategy they dub reweighting to perform all required trades.

Ultimately however, the effect is exactly the same as what we just spoke about with UST, where the FEI protocol trades on the open market with the sole goal of pushing price back to its peg.

One aspect of FEI that’s worth noting is that its not meaningfully overcollateralised and most of its assets are in crypto.

This means that in a black swan event, the assets being FEI could drop substantially below their liabilities and leave the protocol unable to defend its peg.

Final verdict on HBD’s place amongst the best algorithmic stablecoins

As you can see, Hive Backed Dollars (HBD) more than holds its own when it comes to the best algorithmic stablecoins currently on the market.

In a subsection of the crypto market that is about to be regulated into oblivion, there is honestly no point even talking about fiat-collateralised stablecoins such as Tether.

The technology has moved past them and just like the regulators who are for some reason still hell-bent on going after them, need to adapt or die.

Speaking of regulatory dinosaurs, algorithmic stablecoins such as HBD have meant that the game has well and truly changed.

As the stablecoins in this list continue to mature and in the case of HBD, further stabilise, users will continue to shift across.

Even at this point in the game, there is really no need to open yourself up to the centralised risks that will always plague Tether.

Regulators would surely be much better served by going down the path of embracing the tech and truly supporting the citizens they’re tasked with protecting via education.

But for now, they continue to chase shadows by going after collateralised stablecoins to ensure a set of irrelevant KPIs are hit.

With the elected Hive witnesses making the change to now ensure Hive Backed Dollars (HBD) in savings earns a 20% APR, it is now clearly the best choice.

An algorithmic stablecoin, built on the base layer of a truly decentralised blockchain, that can offer a sustainable 20% APR?

When you consider the latest issues facing Terra's UST and the Anchor Protocol, HBD's move is absolutely unprecedented anywhere in crypto.

Super exciting news that honestly deserves more attention from the mainstream crypto media than it's getting.

Why not leave a comment and share your thoughts on the best algorithmic stablecoins within the comments section below? All comments that add something to the discussion will be upvoted.

This Hive Backed Dollars (HBD) blog is exclusive to leofinance.io.

I definitely go choose HBD as the safer option out of the three. At least with Terra(UST), I think its depending on that high APR for keeping the peg in tact but I don't know how long 20% APR will stay though.

I keep saying that I'd love the Hive witnesses to at least consider bumping HBD's interest on savings up to 20%.

The marketing buzz generated for having an algorithmic stablecoin with the highest return, that only needs to be staked on the one platform, would be worth its weight in gold.

I checked the witness rates recently and a few of them have bumped up their rate to 12% or even 13%. It doesn't look like we will get the push to 20% any time soon.

HBD is the best choice

If the proposal to incentivize liquidity in HBD/BUSD diesel pool passes, HBD will look really good. It would also be very cool to see a massive HBD:Hive pool where conversions could be instant as opposed to over 3 days. Slow and steady.