With all the hype around Cub Finance, Binance Coin has remained in focus for the LeoFinance community.

Just before the release, we spoke about Binance Coin being at a potentially good spot if you were going to buy in anticipation and the BNB daily pennant breakout was a good outcome for those that got in early.

But it looks like the party may not yet be over for BNB!

Just take another look at the daily chart below: 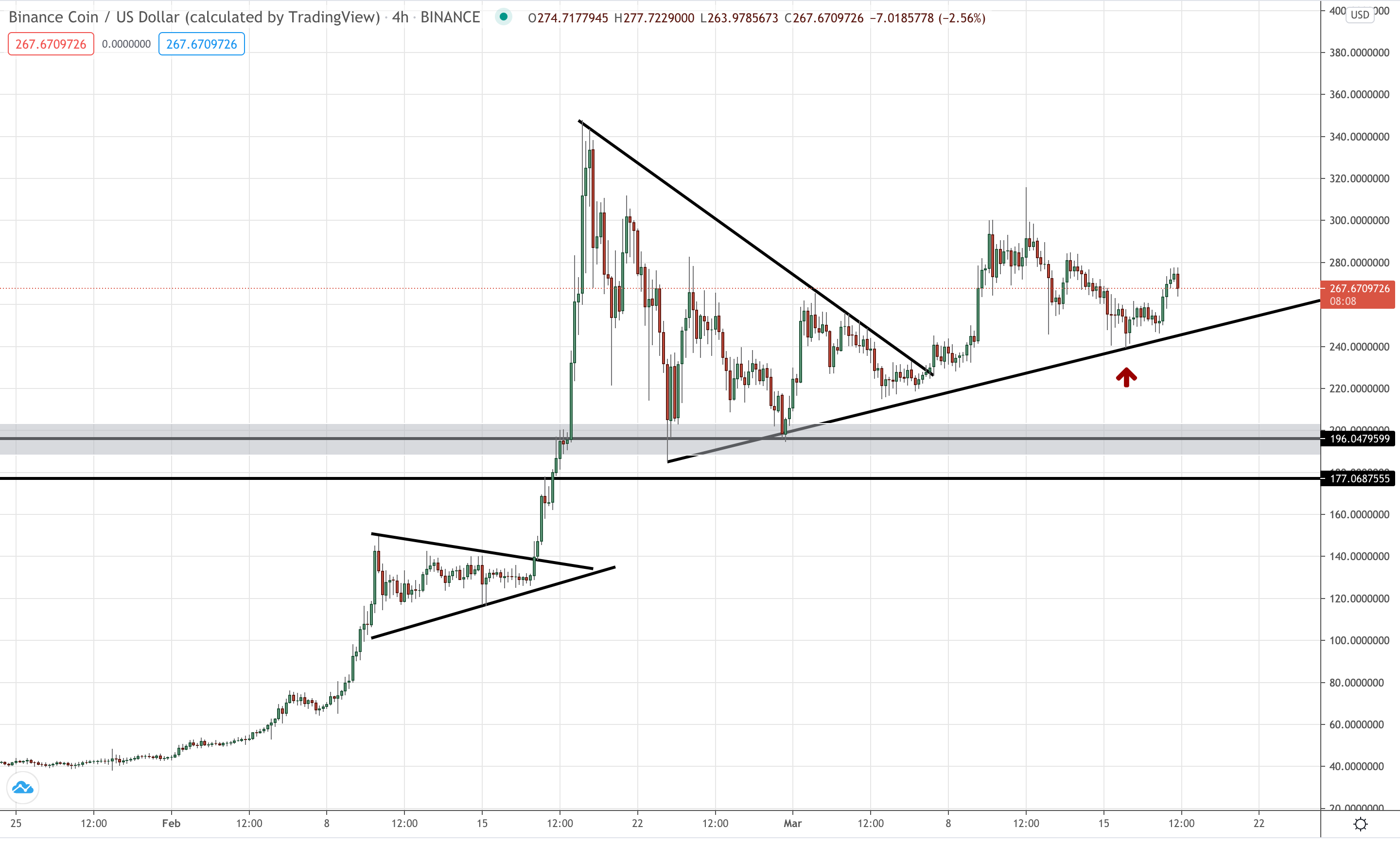 However, look at where this latest pullback was stopped in its tracks by buyers.

Yep, right there at the same support level which was the lower trend line which was part of the pennant we traded the breakout from.

This is why you shouldn't be in any rush to clear the levels away from your charts even if price breaks through them.

Support/resistance levels aren't a brick wall and as you can see here, they're able to be broken then reactivated just as easily.

For all you cubbies looking to reload as price pulls back toward it's $3.00 opening price once more, this setup on BNB may allow you to get a good price on the other side of the liquidity token required to farm.