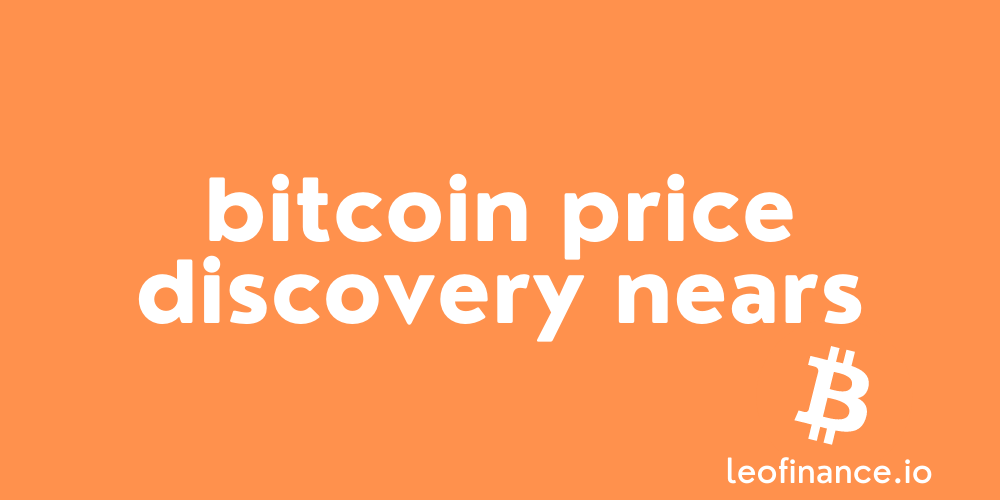 With Bitcoin on the cusp of new all-time highs, the 100K psychological level remains an inevitability.

As things stand right now, there is no other outcome.

With Bitcoin (BTC) on the cusp of breaking through its current all-time highs, the asset will enter whats known as a period of price discovery.

Let’s explore the price discovery concept a little further by going over what it is and taking a look at the current Bitcoin price action.

Once the 65K current all-time highs are broken, Bitcoin will enter what is called price discovery.

Price discovery is the process by which buyers and sellers try to determine the market price.

Markets are just a reflection of human behaviour and is the sole reason that previous levels of support/resistance remain relevant.

Humans can relate to levels that price has previously reacted to, so they’re a sort of self fulfilling prophecy.

But when markets enter huge gaps between obvious support/resistance zones or new all time highs such as what we’re about to see in Bitcoin, there is nothing to base trading decisions on.

Hence the term price discovery as buyers and sellers blindly explore who’s willing to pay what.

As there’s no longer a clear framework, markets in price discovery often swing wildly or simply run away in a single direction.

With this in mind, what do you think is likely to happen to Bitcoin once it enters price discovery?

Let’s take a look at the chart.

I’ve said it a million times already and I’m going to say it again. 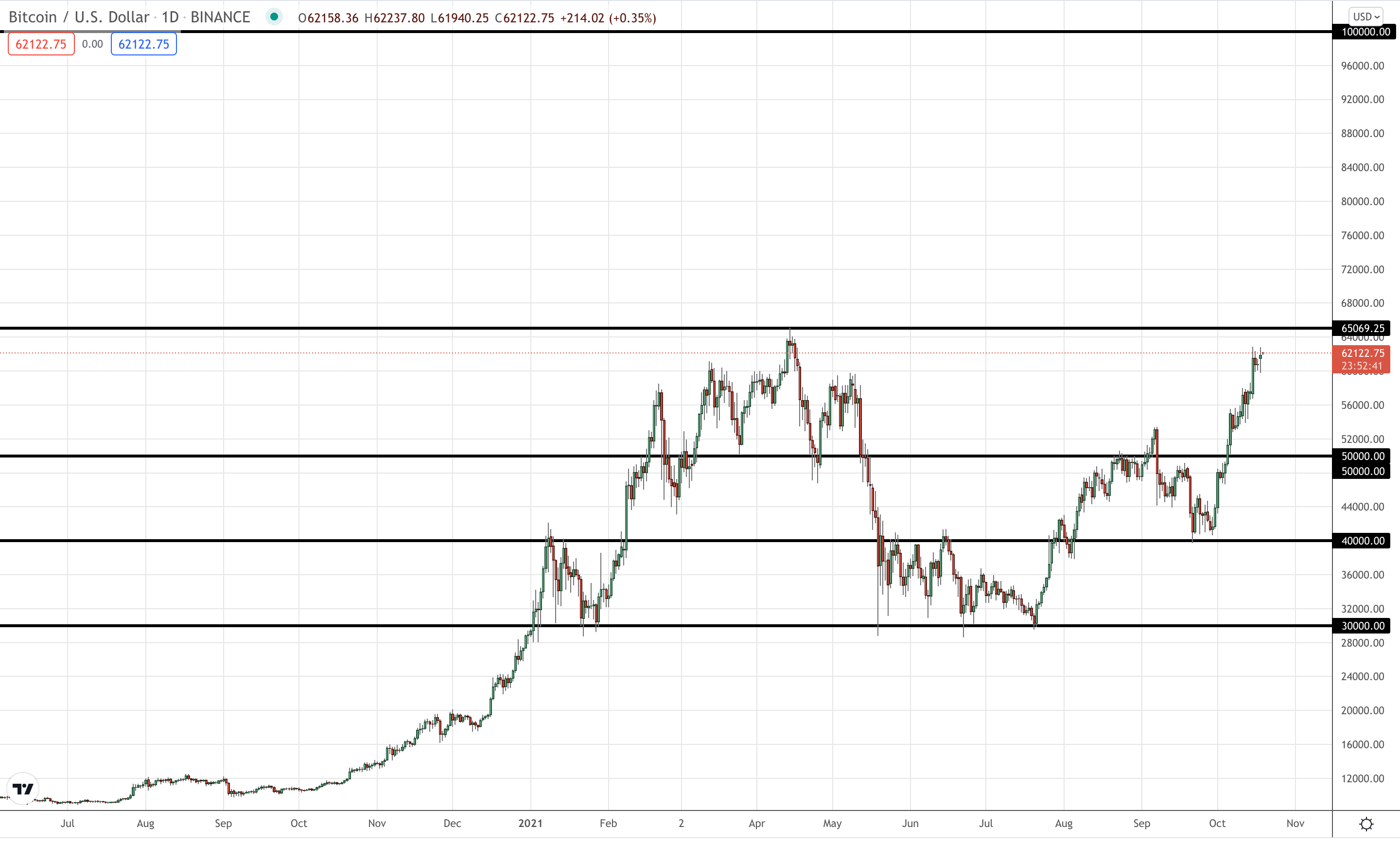 The question now becomes how quickly after entering price discovery, will the inevitability play out.

This BTC rip to 60K is still largely a move driven by institutional smart money.

Let that sink in and then consider how much higher this thing has to rip when retail investors start to feel they’ve missed the boat.

Combine a period of price discovery with an influx of dumb money who will literally pay anything and price is only going to go one direction.

To the next major psychological round number, which just happens to be 100K..

It's reckless to not be exposed to Bitcoin right now.

Why not leave a comment and share your thoughts on Bitcoin’s nearing price discovery, within the comments section below? All comments that add something to the discussion will be upvoted.

This Bitcoin (BTC) blog is exclusive to leofinance.io.