The last time we spoke about the price of HIVE, HBD had just broken the peg and started pumping, while price was still languishing around the 15c mark.

Well, with Hive-Twitter buzzing against with another pump, its time to have another look. 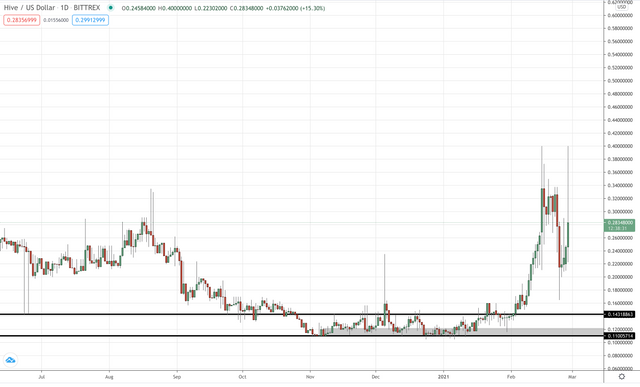 A ridiculous 100% pump on the back of nothing fundamental or technical, followed by a pullback just as wild.

I use the price of STEEM as a bit of a barometer for where we're at and the fact that we're simply following our old friend Justin's servers up and down says it all really.

We're still a nothing coin, at the mercy of bots and pump/dumpers.

Can you tell I've had a cheery Saturday?

Lolz, let's leave this one here.