USD/JPY at Daily Resistance and Back In-Play

With so much going on in the crypto and LeoFinance-spheres, I haven't featured a forex market on the blog for a while.

But with global economic conditions continuing to see USD/JPY rip higher on momentum through resistance, today is the perfect day to have another look.

Take a look at the following daily resistance zone that price has now reached, putting the pair in-play: 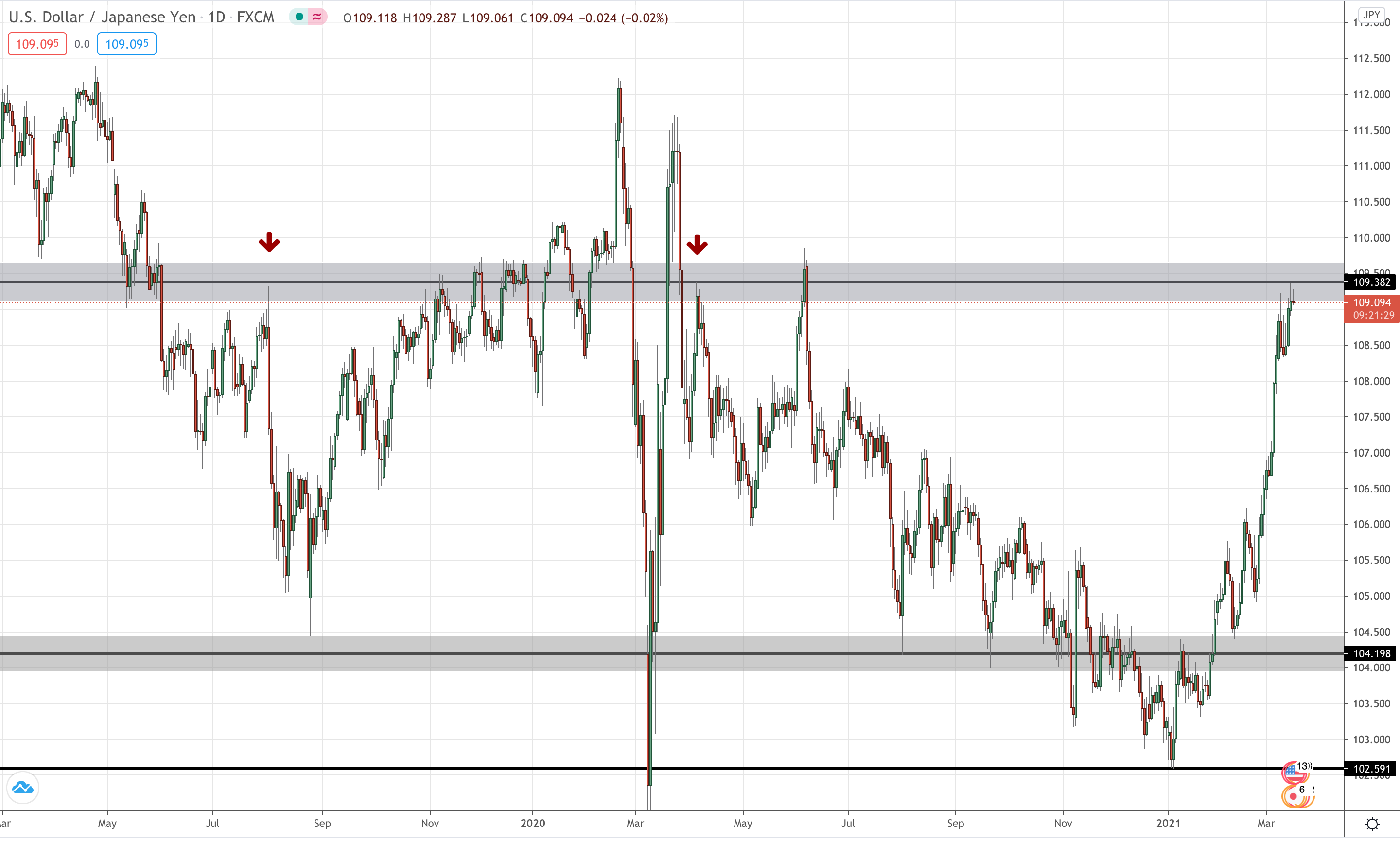 This pair has a distinct personality that's a little different to the other majors.

A personality that sees it chop back and forwards a bit more than the others.

While this sometimes means you need to keep your discipline when holding a position, it also makes for beautiful sharp turns off daily support/resistance zones.

With price at one such zone now, we're watching for a sharp rejection to the downside on the hourly chart: 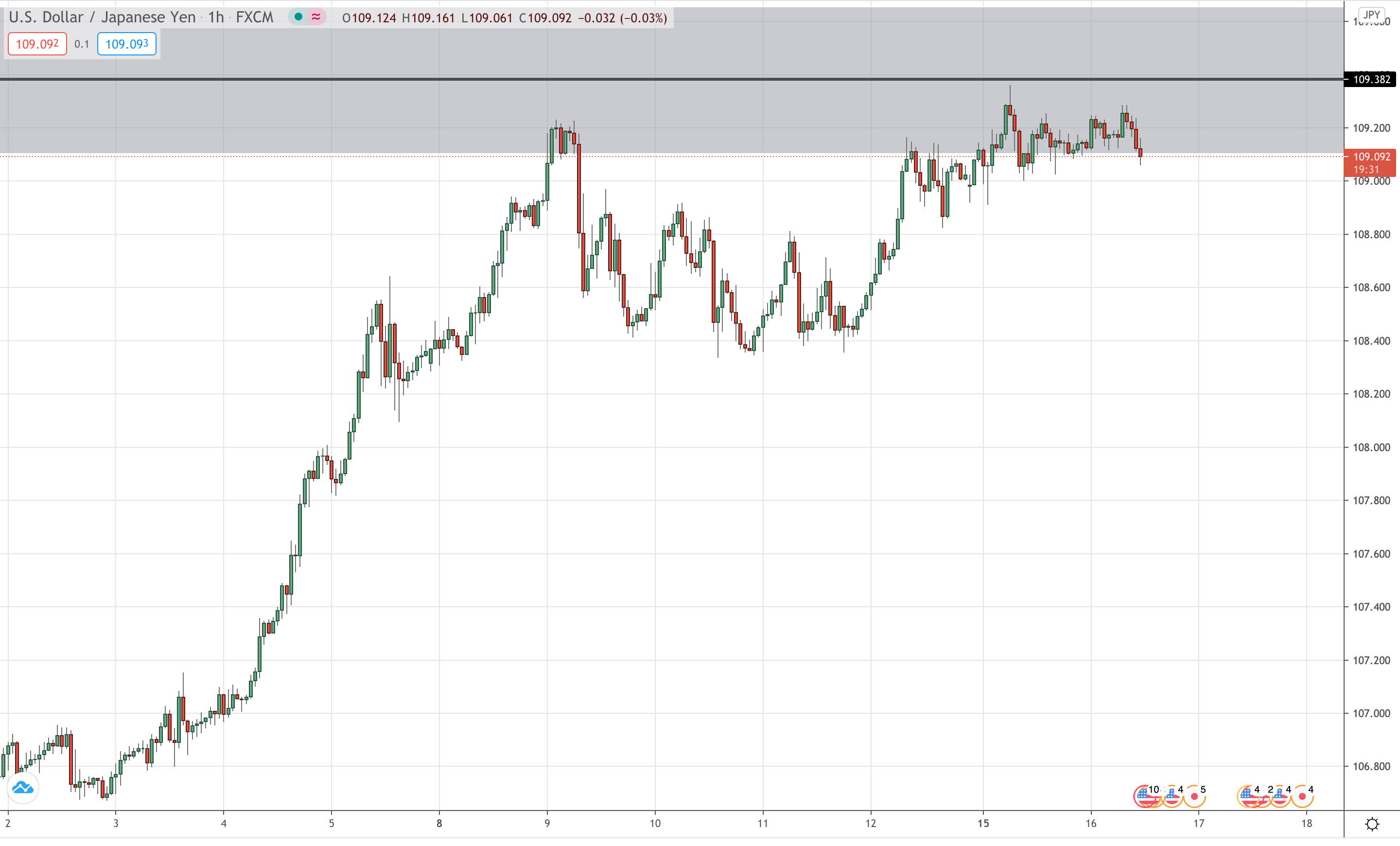 As always, with price capped by higher time frame resistance on the daily, we zoom into an intraday chart such as an hourly to narrow down an entry.

This is done by waiting for retests of short term support turned resistance, putting both timeframes in sync with one another and giving us a higher probability of a sustained move lower.

We'll let this one play out a little more and I'll be back with a trade update later in the week.