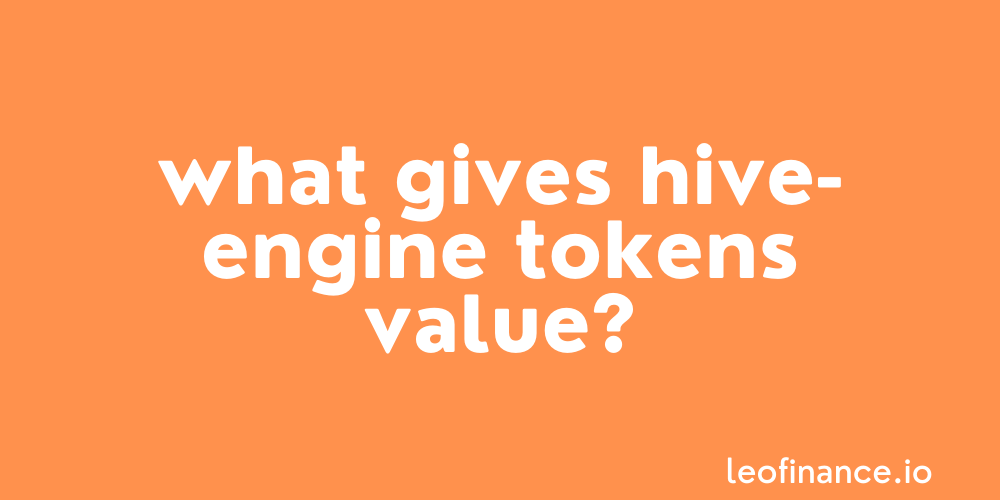 With the prices of Hive-Engine tokens like LEO dropping, we take a look at what gives them value.

You’ve no doubt seen the Hive-Engine community tokens that you earn alongside HIVE, simply by adding tags like LEO, CTP, HUSTLER or POB to your post.

But unfortunately here on Hive, there still seems to be a common lack of understanding when it comes to what gives them value.

“Why is the price of insert Hive-Engine token dropping”, is a common question that gets asked over and over.

But conveniently ignores the real question that needs to be asked:

Of course, the price of your shitty community token is dropping because there are more sellers than buyers.

So let’s flip the question on its head and set the story straight.

This blog takes a deeper look into why Hive-Engine token prices are dropping, what gives them value and ultimately what needs to change in order to make prices go up.

What Gives the HIVE token value?

HIVE is the utility token of our network.

In order to interact with the Hive blockchain like posting or playing games, you need to have HIVE tokens staked.

So as long as there are social or gaming dApps running on the network like LeoFinance and Splinterlands, people require a HIVE stake to use them.

This creates a base demand for HIVE.

We're seeing this happen in real-time when new players create a Splinterlands account, what they’re actually getting is a Hive account.

They pay their $10 for a spellbook and then Splinterlands team creates a Hive accounts with a couple of bucks worth of HIVE powered up so they can play.

By now, there’s no doubt you’ve seen the stats showing HIVE being taken off exchanges in droves?

Thanks to the popularity of just a single Hive-based dApp, almost all liquid HIVE is being bought and powered up so nerds can play cards.

It’s this demand to use dApps on the Hive network that gives the HIVE token value.

But what about layer-2 Hive-Engine tokens? 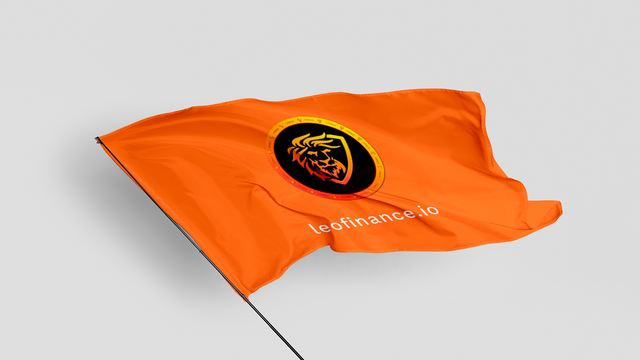 Hive-Engine tokens are a little different.

You see, network fees on Hive communities like LeoFinance, are all paid for in resource credits based on your staked Hive (HP).

This means that the same basic demand that we see exist for HIVE, doesn’t exist for any of the Hive-Engine tokens.

All having a Hive-Engine token like LEO staked does, is gives you influence over how content is displayed within that specific community (via their front-end).

Why is this valuable you may ask?

Well, in the LeoFinance community, you have access to thousands of unique visitors every day via their leofinance.io front-end.

They’re visitors who you know are all interested in the specific niche of crypto trading and investing.

You could pay for Facebook ads to targetted accounts.

Or you could take a stake in the community via the LEO token and ensure your content is always front and centre of the leofinance.io community front-end.

LeoFinance not only provides access to a segregated, niche community, but the LEO token allows you to buy an ownership stake in it.

What will make Hive-Engine tokens go up

We are however still extremely early in the game.

Hive communities like LeoFinance are still largely business-free, instead simply consisting of community members sharing opinions and having fun.

Regular people posting personal crypto diaries and offering advice to other members of the community.

All being paid LEO from the rewards pool for doing so.

This week alone, we’ve seeing numerous posts about how regular Joe opinion writers are now ‘making a full-time income’ from blogging on LeoFinance.

This is awesome to see and should be encouraged.

Because without them and the audience of interested readers within the crypto trading niche, potential businesses wouldn’t have anyone’s attention to sell to.

But to make said full-time income, they’re dumping all the LEO they earn onto the market.

And without anyone to buy it, the price is just slowly bleeding out.

To make the price of Hive-Engine tokens like LEO go up, we need to start attracting the attention of buyers.

Showing businesses and entrepreneurs that taking a stake in LEO and getting their content front and centre on leofinance.io, will make them money.

Final thoughts on the value of Hive-Engine tokens

Ask yourself why an entrepreneur or business would want their content displayed at the top of the generic proofofbrain front-end?

Does anybody pay for Facebook ads served to random groups of people?

They pay for TARGETTED ads that only a very specific community can offer, like LeoFinance with the trading and investment niche.

Generic communities like proofofbrain just can’t offer that targeted audience and therefore their tokens won’t ever have the same value.

So the next time you’re asking why prices are falling, think about what actually gives Hive-Engine tokens value.

Access to an extremely targetted, niche community of readers.

Why not leave a comment and share your thoughts on what gives Hive-Engine tokens value, within the comments section below? All comments that add something to the discussion will be upvoted.

This Hive crypto blog is exclusive to leofinance.io.