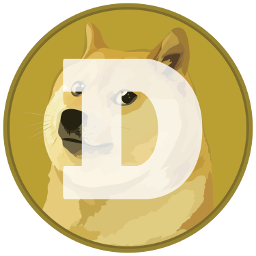 So Dogecoin has been making a lot of waves lately in the crypto world. Mostly because of Elon Musk but also because of the general crypto bull rally. Doge has proven time again to be a major indicator of altcoin rally and that seems to be the case again this time.

In case you never knew, Dogecoin actually started as a fork from Litecoin in December 2013 It was created by Billy Markus and Jackson Palmer and no major updates have been made to the coin since then. It started a meme coin for a dog featuring a Shiba Inu dog. (Yes, a meme coin. In case you think shitcoins are just starting now, NO). But then, would you call Dogecoin a shitcoin at number 10 market cap ranking? NO too.

Dogecoin is one of the top coins with a large circulating supply and technically no cap. In 2015, there were more than 100 billion Doge in circulation with an additional 5.2 billion every year.

Dogecoin surprisingly has attracted the attention of a lot of people including Elon Musk this year which has ordered the "joke" coin into a new era seeing all-time highs and exploding market caps. Doge has gathered up a total market cap of over 18 billion dollars with the price pushing to as high as 14 cents ($0.14).

It has also pushed into 10th place per market cap overtaking Chainlink by a close tight competition. At the moment though, Chainlink has overtaken again with barely over 100 million as Doge falls to the $0.13 mark.
Doge has seen a price increase of over 71% in the last 24 hours alone and over 100% in the last week where it began the week at $0.05.

Do you think this will lead to a big correction or do you think Doge is planning to pump harder? With Elon still tweeting actively about Doge, I'll say it'll be wise to keep a bag of Doge somewhere just in case.

But then again, with the very large circulating supply of the coin, do you think we will see higher prices?

LBRY is a free, open, community-controlled digital wonderland. Join lbry.tv and earn a welcome bonus for you and I. JOIN NOW
I am sending you 1π! Pi is a new digital currency. To claim your Pi, follow this link and use my username (gamsam) as your invitation code.
Here is my invitation link for BEE Network. Use the invitation code: gamsam. Download HERE
You can check out My Blog for more amazing content.
Join me on Twitter to push the Hive campaign onward and get more people onboard Hive.