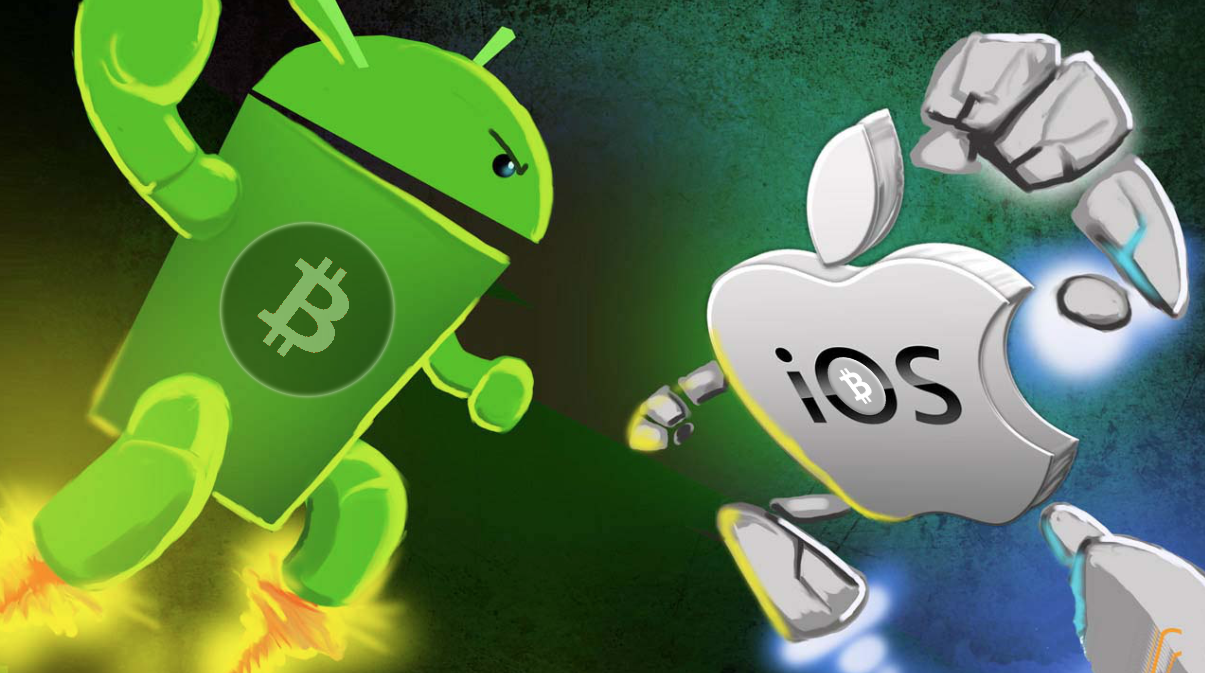 In today's crypto news various sources have reported that Google has hired Paypal executive, Arnold Goldberg to run Google Pay. There is a lot of speculation that this has to do with Google intentions to integrate crypto payments in Google Pay. Obviously tech giant like Google would have a special team that does research and monitoring of all things crypto. We all would be surprised if Google didn't have a full understanding of bitcoin and crypto technologies. The same logic applies to Apple, another tech giant. Not only it would be smart to have all available information regarding bitcoin and crypto, but also it wouldn't even cost them much to do so.

I am skeptical about that this news has anything to do with crypto. First of all, Paypal only recently got involved in crypto. Paypal has been successful in online payment processing without becoming a bank. So to hire someone with great deal of experience in this field to run Google payments system would make a perfect sense. Moreover, poaching talent among big tech from other tech companies has been a normal practice.

The main reason I believe that Google won't be getting into crypto anytime soon is the same reason why I believe Apple is not in a hurry. That is, these two tech giants have very close relationships with governments around the world, and being US companies they have even closer relationships with the US government. Payments in crypto becoming a norm poses a risk of USD currency becoming irrelevant. As payments instruments cryptocurrencies are in competition with USD and other fiat currencies, in my opinion.

However, I am not suggesting that these companies are colluding with the governments. I think it has more to do with strategic approach to crypto. They are big companies and have a lot to lose if all of the sudden their crypto ambitions caused unnecessary burden on their other business operations. There is also a legal complexity of cryptocurrency not being legal tender, and only considered as property in most of the jurisdictions. Everybody saw how Congress wasn't really happy with Facebook and their crypto project. Of course there were other issues Facebook had that put a lot of suspicious for what they were/are trying to do. But the fact is there are a lot of unknowns how governments will regulate crypto in the future.

Google and Apple owning the largest market share in mobile networks space with their android and iOS platforms, they don't have much of a competition. They are competing against each other. In such a situation, maybe one is waiting for the other to make the first move? And in the meantime getting all the work done on crypto having their solutions ready to deploy when the time comes? It is not like Microsoft all of the sudden will start integrating crypto into their non-existent mobile operating system and can come get some of the market share away from Google and Apple. Microsoft already failed in this space and have shifted their focus elsewhere.

We don't know much about what Google is planning regarding crypto. Only thing we know is they are seriously considering it but have nothing else to say at this time. Whatever they are planning or working on as expected would be top secret. It is also common for big tech to work on many different projects and scrap them at the end for various reasons. It is just part of research and development spending and cost of doing business for them, and doesn't really cost much compared to what they make.

But we did hear a little bit about Apple's intentions a couple of months ago. When Tim Cook, CEO of Apple did an interview with New York Times DealBook he shared some interesting thoughts about his personal view about bitcoin and crypto and also where Apple stands when it comes to crypto. He said that he personally is invested in bitcoin and crypto as a diversification and he believes crypto is an interesting investment and a technology. However, Apple doesn't have any plans to use their cash to invest in bitcoin or crypto.

He also said Apple didn't have any near future plans for offering their products for crypto either, but they are interested in the technology and researching. So, it is highly unlikely we will see crypto integration to Apple Pay anytime soon. To read more about that interview, feel free to read my What Tim Cook Said About Apple & Crypto post from two months ago.

What we know with certainty is that both Google and Apple want to be in payments game. They have all the resources they make this happen. Most importantly they own the mobile networks. Using debit/credit cards is an old way of payments and an old technology. People already are using Apple Pay and Google Wallet. It is convenient. Technology is better, more and more stores and merchants having proper devices installed so payments using android and iOS devices is possible. Eventually cards will have to disappear.

For crypto enthusiasts it is no brainer that next step would be for these companies to include cryptocurrencies in their wallets and take advantage of this technology. This would help these companies with their ambitions of offering financial services. It would also bring more people into crypto and it would all of the sudden become a norm. In essence, such move by any of these two companies would accelerate the inevitable.

In another news, there was survey done with 1,000 Canadians and 67% of the participants showed interest in being paid in crypto. I don't know how random participant selection was or if this survey can be trusted, but 67% is a big number. If this was put into a vote and this sentiment was correct, bitcoin would become a legal tender and crypto would go mainstream in no time in Canada and other places. This survey also revealed that among the participants who already own crypto, 58% started their crypto investment just recently during the pandemic lockdowns. This shows that there are many who keep joining crypto and are confident enough about it to get paid in crypto. Amazing.

We will probably keep seeing more and more interest in crypto and this space will keep growing. What will Apple and Google do? Continue patiently observing and waiting for the right moment? Right now, they are in a comfortable level with no other competition. It almost seems like they are become complacent with their market shares and monopoly in mobile networks. Perhaps mobile operating systems need some alternative like Linux was to Mac OS and Windows?!

What do you think? Will Apple or Google consider integrating crypto payments into their Apple and Google pays? Or maybe there is no need for that at all and crypto will just do fine without their involvement? Let me know in the comments.