It's been a long time that I did a post around my Splinterlands journey thus far. If, I were to sum it up in few words. Overall, I'm very happy with the initial investment that I had done in the game. And now when I look at my current investment value which is worth $125K+ and growing makes me feel very proud and happy. 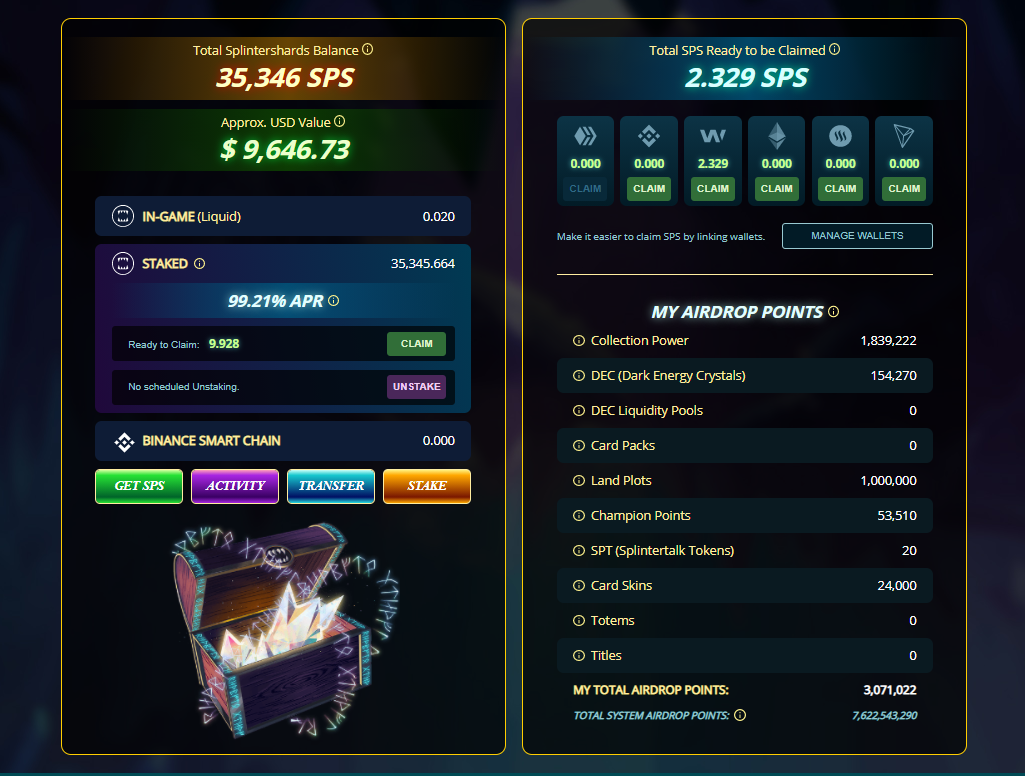 I like to keep things simple and hence the strategy that I have framed is also very simple. Just have a look at the SPS staked numbers which is close to 35K+ and is worth close to $9K+. The best part is that all of the SPS that I have got is via AirDrop. I didn't sell a single SPS and have been staking all the SPS that I get daily.

Following are the numbers around the reward for SPS staking. I'm getting close to 100 SPS daily for staking and this accounts for another $25+ worth of revenue. And instead of cashing it out, I'm staking the SPS rewards further to overall increase/reach to a point where I've close to 50K+ SPS staked

Yes, in terms of staking SPS, I have an immediate goal in mind to stake 50K+ SPS. Another 15K+ SPS is required to accomplish my GOAL. In between when the price of SPS dropped to $0.22 cents, I thought of buying some but then it immediately bounced back. I Will watch out for the price in near future and if there is an opportunity will do the needful of buying some more SPs tokens.

How can I forget about the DECs tokens, which is the in-game currency. Yes, the plan that I have for DEC is to keep accumulating and reach to a point where I have close to 200K+ DECs in hand/wallet.

Here is a snapshot of the DECs that I currently HODL:: 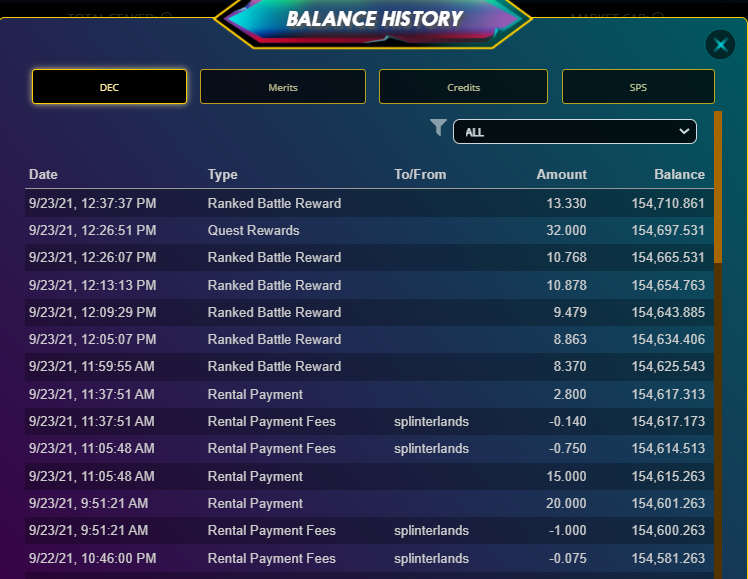 As of date, I'm HOLDing close to 154K+ DECs and counting. As seen from the above image most of the DECs I getting is via the Rentals. I've rented most of my Gold Foil Cards and they are giving me a good amount of DECs daily.

The plan here is that when the packs of the new cards are up for sale, I'll leverage DECs for buying them. Also, the staked SPS will give me an upper hand to be eligible for the presale offer for the cards pack.

Currently, I'm not buying any cards from the market. But did sell out some cards which I had spare. This selling of the cards got me a good amount of DECs as well.

I'll end here now and that's all about it My Strategy, Investment & Plan Forward for Splinterlands game.. Staking and Staking all the SPs tokens for now...

So what has been your journey with the game Splinterlands. Are you enjoying the ride and the daily SPS Airdrop?

Find Me on the Other Social Media Platforms::