What the hell is in that thing? Ellen wondered every single day she sat in that office. Every day for over 4 years. 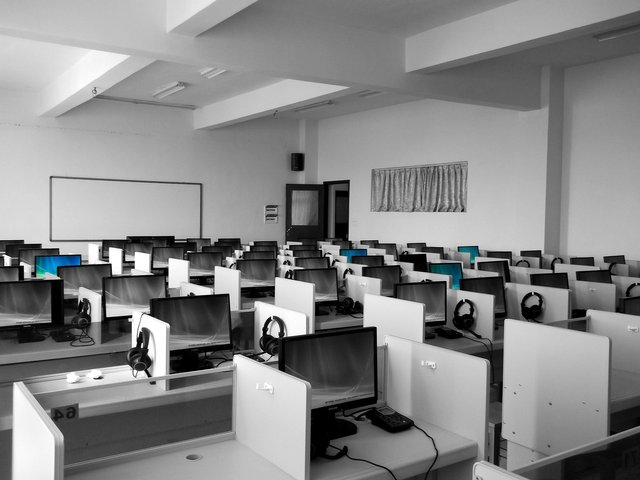 He had been there much longer than her. She wasn't sure exactly how she knew that; but she did. She still remembered her first day of training, when she had entirely lost focus upon seeing him walk into his cubicle across the way.

He kept to himself. He was a loner; a borderline outcast. But she had never seen such a comfortable outcast. Even when some of the ruder employees would poke fun at him; he never seemed bothered. So much so, that these childish idiots had eventually stopped trying to upset him. It didn't seem possible. He just didn't seem to care. He arrived every day; at the exact same time. With the exact same energetic, yet subtle, stride. The exact same vintage briefcase. The exact same dark suit. And the exact same half-cocked smile on his face; it wasn't a smile for the world. It was a smile of comfort within his own.

And that exact same bag.

He never opened it. He just brought it in every day. Four years now. And Ellen wasn't going to deny the fact that he had been bringing it there for much longer than that. She was relatively new here.

And yet no one seemed to know a thing about him. She never asked, but she also never heard; his name. Not even that. Aside from the idiots that tried, and really tried, with absolutely no success, to bother him; no one even seemed to acknowledge his existence. He never used the break room. Ellen had been under the impression that he ate his lunch in his cubicle; and there was a good chance he did. But she had never seen him eat.

He was not conventionally attractive. In fact, he wasn't attractive at all. There was nothing romantic or sexual in Ellen's interest. It was just that; interest. Fascination. She had to know who he was, for some reason. And what was in that bag. Today was the day. No more wondering. No more staring from across the walkway. He never acknowledged her staring, but she was sure he must have noticed it at some point. She wasn't great at being subtle.

fuck it Ellen thought. She approached him, finally, after close to half a decade of wonder.

"Hello" the man responded as he continued to type. She had never seen someone type so fast; and accurately. Watching the numbers float across the screen it didn't even seem possible. Then, he turned and looked to her with a smile. Not a real smile, but that same smile.

"How are y--" she didn't get to finish. He was now spinning in his chair. It was so strange. As if he was a child. As if he wasn't really there speaking to her. 4 years and she had never seen him spin in his chair- or anything other than smile and type. He stopped.

"You're wondering what's in my bag" he said. As she opened her mouth to speak, he interrupted her. "No explanation necessary. I have seen you watching me. Or the bag, more specifically." He stopped there and continued to smile. It was really bothersome. Ellen wasn't sure if he was waiting for a response or not. But before she spoke; "Do you want to know?"

She was trapped. She couldn't speak. "Come" was all she heard.

Ellen knew it was wrong. She knew something was off. But there was something so interesting about the entire situation. She absent-mindedly played out her last few hours at worked and decided to follow the man from across the way out of the workplace; instead of returning to her own car.

To her surprise, he led her to a vehicle. It wasn't horrible. She wasn't sure why it surprised her so much for the man to have a vehicle. Something about the mysterious-ness of the man; she never pictured him driving. Let alone such a normal, dark, cheap Honda sedan.

But her curiosity consumed her. She got in the passenger seat without hesitation.

They drove in silence until he pulled off into what could have been considered a parking space. But they would go no further. He asked her, "you still want to see my project bag?"

He opened his mysterious bag and Ellen was terrified by what she saw. A concentrated group of the most compact horrors she could imagine; hacksaws, ice picks, hammer drill bits and the like.

The cubicle across from the man was replaced within a week. No one knew what happened to the curious, happy go-lucky woman at cubicle B3

(this was a prompt by @mariannewest for a 5 Minute Freewrite! Check her out and the Freewriters community)