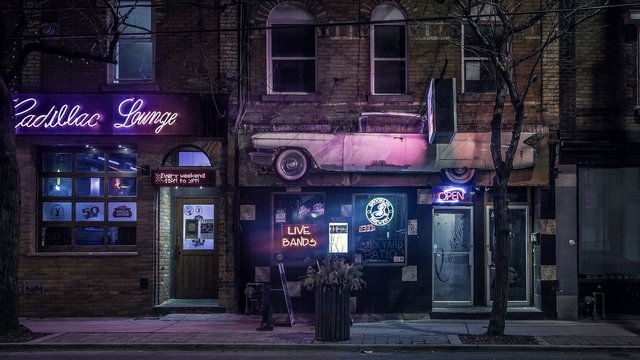 The faces changed every year. Both with the customers and the staff. But they always remained the same in spirit. The ignorant college students barely of age sneaking their younger counterparts in by whatever means they could. The condescending "men" only a few years elder, sipping the most expensive local drafts they could while trash-talking the rest and twiddling their beard hairs. The usually intelligent, good-hearted bartender that was too caught up in pretending to fit in with the scene to ever have a real conversation with.

And then the bar would "close"; never really. But a simple "last call" shout and the dimming of lights, the extermination of music; it would get the kids to leave. Usually. Most of the time.

That is when whichever bartender would return to normal. When his "new crowd" would emerge from their hiding places; scattered around the dining area in places where they were probably never even noticed beforehand.

The times he cherished. Eight years he had been here. First, as the dumb kid. Then, as the dumb kid who got too curious and would join the new crowd in the shadows as his friends would leave. After he was called out for his fake ID, he somehow became the dishwasher.

That didn't last long though. But it had become his home. Now, at such a young age, his life had become a wreck. Home was nowhere he wanted to be. So he stayed there. With the new crowd; time and a half his age. He stayed quiet, but he showed them he could outdrink their 20 extra years of experience.

Lately, it wasn't as it had been though. Home life had become worse. The new barkeep was a leech. The new crowd was much, much worse than the old new crowd. For the most, he sat on his own, in "his" new stool. The closest to the door.

He had been quiet before, but now he rarely spoke at all. He just sat, like a destroyed man twice his age, funneling shot after beer after shot into his throat. Glaring at the floor. Glaring at the wall. The glasses. He used to wash those.

Occasionally (those little shithead) kids would stick around. Despite having been one of them, his disdain had grown tremendously for them. Tonight was one of those nights.

He had noticed out of the corner of his right eye one kid had stuck around solo. He looked laughably like himself; the clothing anyway. He could not see the kid's face. But, there was something so childish about him; he couldn't explain.

The kid was laughing. Spitting. He could hear it.

The kid made a gasping noise. Sarcasm. Burst into laughter.

He couldn't stand it anymore. He had drank too much. He didn't care. He wasn't going to let this myterious little prick fuck with his psych. (Fuck it, I got nothing to lose). Without thinking, he stood up, grabbed his new barstool, spun around, and whirled it at the kid's head. He didn't fucking care if he killed him. He was over it. Done with this mockery of life.

The barstool struck the kid in the head. (Holy shit) he thought.

But the kid shattered in front of him. Shattered. All he could see that was left was a pile of broken glass mirror and a mess of a new barstoool on top of it.

"Ricardo, what the FUCK" new (whats-her-face) yelled. "You're paying for that. NOW" 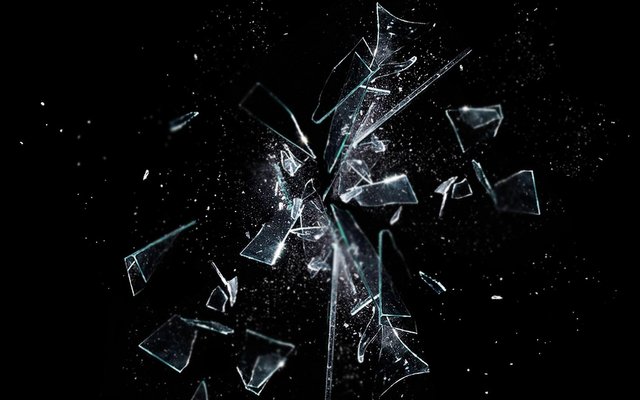 (this was a prompt by @mariannewest for a 5 Minute Freewrite! Check her out and the freewriters community)