Do You Spend or Invest Your Time? - Do You Dare To Dream? 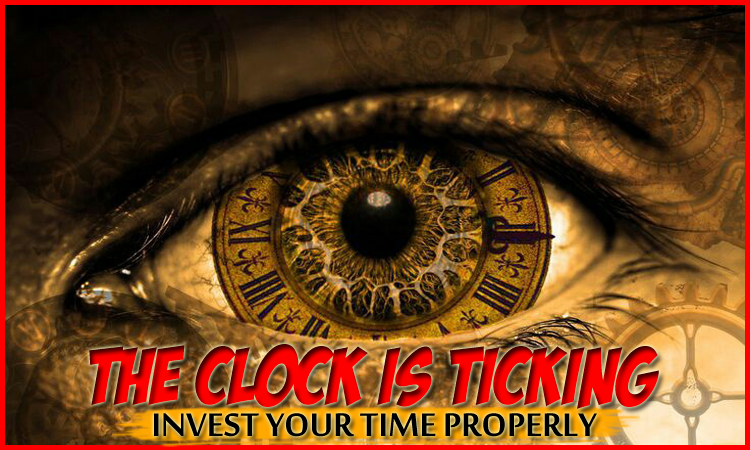 When you are spending time, you're not really looking to get anything back, but when you invest in something you expend resources, but you do so with an expectation of getting a good return on your investment (ROI).

Spending time with people and building relationships is an investment, not because that process isn't fun, but because the benefits of having strong long term friends are even greater than the immediate pleasure of hanging out with them. Investing your time means that you engage in activities which are calculated to bring you meaningful rewards.

You have probably heard the saying "hodl" in terms of cryptocurrencies.

In December 2013, 'GameKyuubi' posted "I AM HODLING," in the bitcointalk forum.
He concluded that the best course was to hold, since "You only sell in a bear market if you are a good day trader or an illusioned noob. The people inbetween hold. In a zero-sum game such as this, traders can only take your money if you sell."

So, 'hodl' simply means that you should hold on to the cryptocurrency rather than selling it, so you can sell when the price is high and you get a good return on your investment.

While it is crazy to think about how much those 10,000 Bitcoins would've been worth today, (more than 190 million USD), there is nothing that says that someone else would've kept the Bitcoins for so many years..

I sold mine back in 2016, 5 years later than Laszlo, and I decided to sell because I was a rookie with zero experience. I had zero experience and I was earning BTC for posting on Steem...

I can guarantee you and myself that I would've done things different today, but I would not have been able to keep my cool and hold them until today. I would've sold them in 2017 or whatever, if I had managed to stay away from selling back in 2016.

That is also why I will never end up becoming a super-rich crypto-millionaire.

Honestly speaking, the only time I would ever be able to hold a decent amount of crypto, and not sell when the price reaches new ATH, is if I were ever to be financially independent.. And I'm totally okay with not becoming that.

What matters more to me, even though it can be fun to dream, is that I get something out of my investment. I want a good ROI.. But, I don't really invest money into crypto..

I earn roughly 19 USD per hour at my job, but it probably takes me an average of at least two hours to make a post on LeoFinance. That includes the time it takes to make my covers, writing the text and making necessary edits. Some proofreading and spell checking as well. I mean, not being native in English is obviously a big obstacle. Nothing will ever be perfect, but I do what I can to produce good content.

However, and this is not to complain about rewards, this is more about educating and sharing things, I don't earn almost $40 per article I share on LeoFinance, or Hive for that matter, and that is close to what I would've earned if I spent those 2 hours at my work.

Even though I know these facts, I still spend time on LeoFinance. Not just to spend time, but to invest my time with expectations of getting a good return at some point.

LEO is worth roughly 2 Hive at the moment I write this. Hive is worth $0.12. This is definitely not a point I would want to sell at. $1 Hive sounds more interesting, but I have more 'skin in the game' now, so 1 USD isn't good enough for me.

This is the crazy part, if I sold my stakes (LEO+Hive) at the price of 1 USD for Hive and if LEO was still worth 2 Hive, I would cash out roughly 10,000 USD. That's roughly 30% of my yearly salary.

Not really, but obviously a good amount of money.

Imagine Hive at $1 by that time instead, and imagine LEO still trading for 2 Hive...

The potential is insane and truth to be told, I think it's a bit scary to think like this... But it is possible for these things to happen.. We have seen these things happen before. The question is for how long I can hodl.

Laszlo would never have paid 10K BTC for 2 pizzas if he knew what BTC would've been worth today..

And truth is, that no one knows what will happen. It's all speculation, hopes and dreams.