Twitter on Leofinance? The LeoThreads Launch is Upon Us 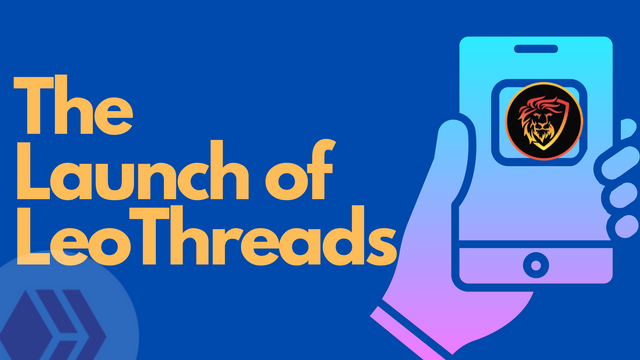 Hello Lions!! Lemme announce this amazing news about the most awaited feature LeoThreads on Leofinance which is going to launch tomorrow.

Don't worry it's not something technical which would require you to give some time understanding it.

Now why I say LeoThreads is the Twitter on Leofinance, is because with the launch of LeoThreads, users on LeoFinance will be able to share and experience short form content in the of threads.
Isn't it awesome?

But wait, it's not over yet. There's more excitement to it. And that is, **you may also get upvoted on your posts without worrying about the reward police.

Why LeoThreads Could be a Game Changer?

Frankly, I myself believe LeoThreads to be a game changer seeing the latest trend of short form content in the internet world. And this we saw from Tiktok going mainstream followed by YouTube shorts and Facebook reels.

LeoThreads will not only provide short form content to share or consume but it would also be a good way of earning a little bit of extra income and that's awesome.

So, are you in for the LeoThreads?

I am so excited 😊

So, are you in for the LeoThreads?

We have been waiting for it 🔥

Wens become now! Nobody should miss this product of Leo!