Win one of the Two HiveFest Tickets + Accommodation 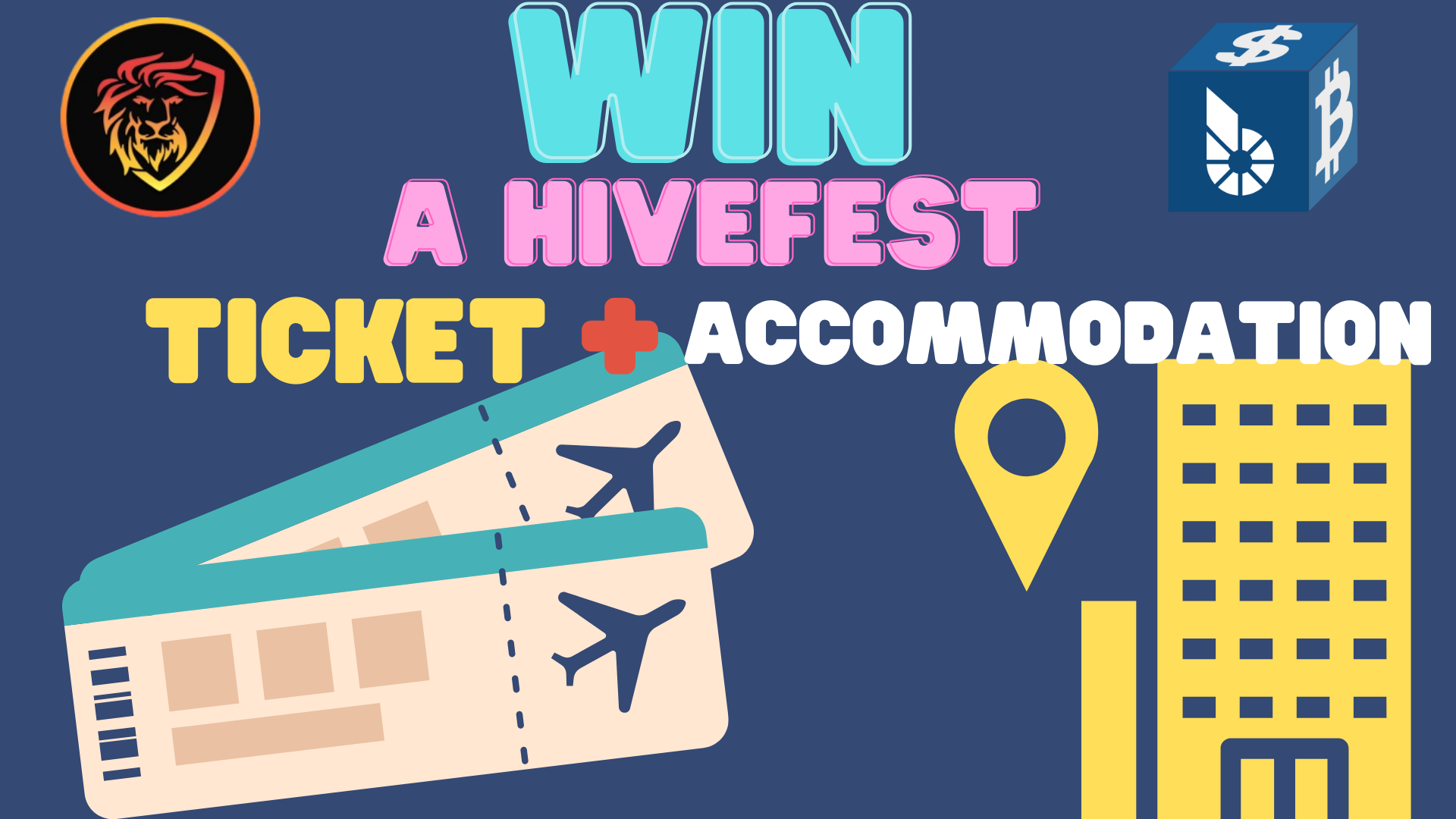 Lions, have you heard of a big announcement made yesterday by @leogrowth about awarding two hivefest tickets + accommodation to the winners who are going to participate in the contest. Two separate winners will be announced at the end of this month.

Let's not forget that Hivefest will be hosted from September 15-18, meaning that you after announced as a winner will have enough time to make your arrangements.

Note: Extra posts are are more than welcome, as you may get extra rewards for your posts with the upvotes received. The limit is at least 08 posts to be published.

A big shoutout to @leofinance and @blocktrades for sponsoring this one of its kind contest.

So, what are you waiting for?

Really cool! I bet there will be a lot of participation

What a great giveaway !