LeoThreads | The Booster of Hive Ecosystem

LeoThreads is the latest product of the talented LeoFinance team. The product is based on micro-blogging on Leo. You can think as blockchain-based Twitter that rewards you with Hive & Hive tokens 😎 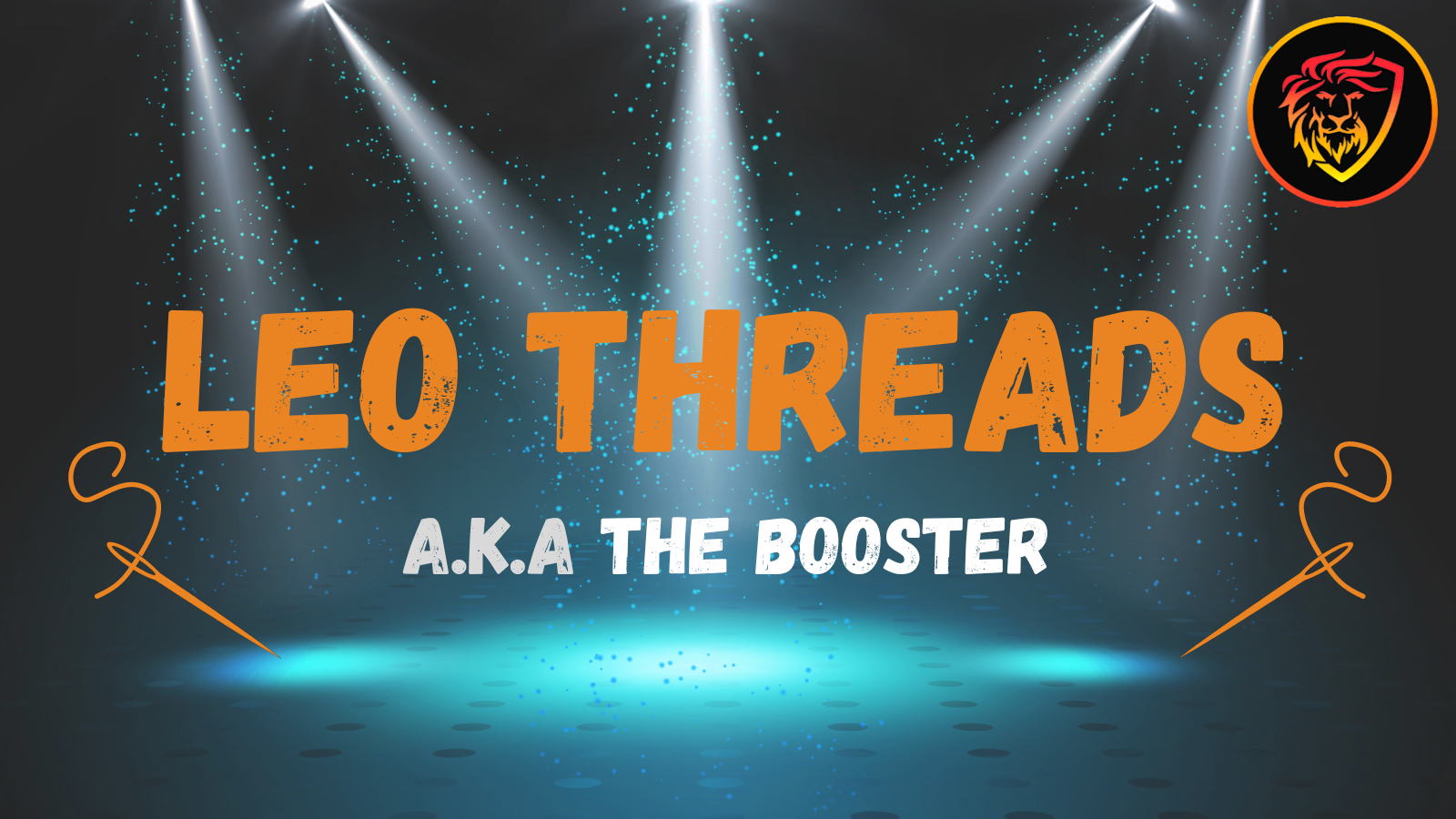 LeoFinance gets ad paid by advertisers and the revenue is used to buy-back LEO from Hive Engine market. I'm not going to repeat what many great content creators highlighted in their posts.

Leo Will Have Massive Ad Revenue

We already know about the upcoming Ad revenue scheme from Leo that will buy back and distribute tokens to the community. This is currently working from a budget of $4K which is nothing to be sniffed at but what happens to the token price if we are looking at $40K per month instead?

The immediate effect on the ad revenue will be clear from the very first day!

As Khal mentioned earlier, the inner team was able to increase the total revenue for 10% without focused efforts. As the budget of Leo buy-back grows, the token holders will be rewarded much better!

How about cross-chain projects that have Leo? 👇

As a result, Leo Ecosystem, including PolyCUB, CUBFinance and Multi-Chain Bridge will generate more income for the token holders. LEO is the fuel of the operations 🔥

There are liquidity pools on both Polycub and Cubfinance that have pLEO and bLEO in them. Now there is an added incentive: ad revenue is going to increase nicely.

So, as it happened in the pump of HBD and Hive last week, these price actions are feeding the whole project thanks to fees, liquidity and bridging operations. As Protocol-owned liquidity grows, the utility tokens gain more value!

Another Source of Income

As @howzat mentioned, now we have a new Income Source that is generated thanks to your short posts.

LeoThreads will not only provide short form content to share or consume but it would also be a good way of earning a little bit of extra income and that's awesome.

Consider your comment rewards that may reach up to your post rewards for some weeks. The LeoThreads will be a simpler way of delivering your messages that the community rewards.

Note: Also check LBI project by @lbi-token that is tied to the growth of LEO token! The recent post highlights some important aspects of LeoThreads.

Social Benefits - It Enriches without Spoiling!

Each blockchain has technical aspect that enable them to initiate transactions and submit them to the chain. Hive blockchain is an amazing DPoS chain that can handle millions of transactions; delegations and scheduled actions such as voting and posting.

At that point, LeoThreads will be able to co-operate with the other products of Hive ecosystem with no single issue!

In line with Hive Culture!

Simply, the Hive ecosystem has a niche culture that has been preserved very well by communities. Any product on Hive should be in line with the cultural and technical sides of our ecosystem.

The nice thing about how LeoThreads has been developed is to remove these bottlenecks. While yes posting will use up some resource credits this creates more demand for having and staking some Hive in your account. You also don't have to worry about auto voting that goes on in hive (at least for now) as it removes all of this by using other areas of Hive which auto voters don't look at.

As voting is an important part of Hive to reward users for their contribution, LeThreads care about it. Thus, LeoThreads do not affect auto-voting system of Hive.

Apart from preserving Hive culture, engagement is the key element of our growth!

The short form of posts will be a facilitator of increasing engagement and exchange of information among Lions!

But with microblogging, it’s not going to be an issue, I think people will relate more with it during engagements. Engagement is expected to skyrocket as a lot of people will find it easier to engage now, instead of seeing is as blogging, it will be seen as social microblogging.

Increasing revenue, engagement, and interest in the project will bring new crypto enthusiasts without any doubt.

Remember the times when Splinterlands onboarded thousands of people when there was vivid hype on the Play2Earn concept. Or, just remind the number of people Actifit brought to the Hive ecosystem with Walk2Earn furry!

Similarly, the success of LeoThreads has a potential to bring many crypto enthusiasts with a little hype.

When Noise.Cash went viral, 15k people registered the platform in a month. Phaver on Lens Protocol has more than 30k users thanks to "snackable" content and blockchain-based rewarding mechanisms.

LeoThreads will be a booster for our growing ecosystem.
Our previous experience help us foresee the bright future of the product 🦁 Time to impress the crypto ecosystem 🔥

Everyone seemed to be really pumped about it, can’t wait for the launch.

We have several examples of micro-blogging platforms and their success stories. LeoThreads will multiply it in a shorter period IMHO 🔥

This is going to be massive for Leo over the next twelve months.

It won't happen overnight but every month will bring more and more profits to the site.

This will get more people interested in Leo and from there we should see consistent growth and higher prices for all Leo holders.

The next bull-run will be crazy for the Hive ecosystem and Leo projects. Most probably, Threads will lead the micro-blogging projects and it will be the first choice of SocialFi lovers (considering the current situation of crypto blogging projects). Then we will bring Twitter users in time 😉

Looks like ad revenue has doubled on day 1 from threads.

If that keeps up for the month we will be looking at another 8k for buying leo off the markets.

That will pull up the base price very fast.

I've been busy with a family emergency this week, but I am so happy to hear this is being released already and I am super excited about it.

I hope everything will be okay ASAP.

LeoThreads will be live tomorrow. We are waiting for your amazing threads ✌🏼

Here's a reminder: LeoThreads is a test drive for #ProjectBlank!!!
Imagine how crazy things will be when that launch happen. Hope the buzz will be way bigger than Polycub.com launch!LUV !PIZZA

Even the test of Projectblank greated such a huge hype! that’s incredible 😎

It's already breaking LeoInfra. Imagine how crazy it'll get with 1000s of new users joining everyday!PIZZA

We are all excited for this micro logging feature that's launching in a few hours from now.

Btw will it have a separate App like it's own App ?

I actually thought ProjectBlank rebranded to Leothreads as posted by another community member!

Anyway thanks for the clarification, just waiting for the launch here .