My first attempt at the nft game dcrops. 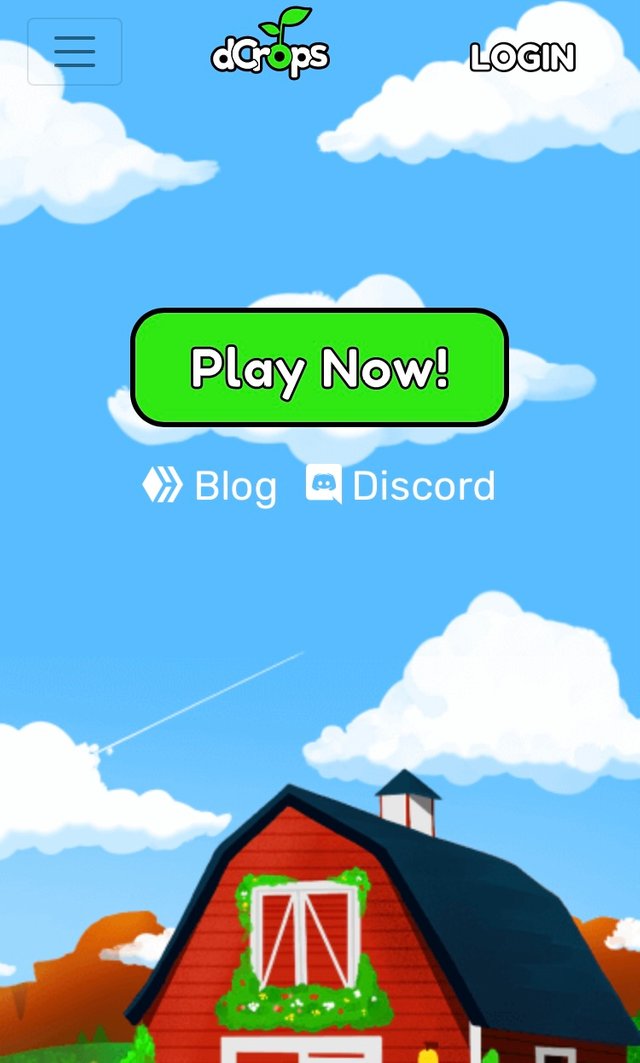 Because I’m only familiar with the game dCity I thought I should start getting involved in some of the other NFT based games. It appeared Splinterlands did not have card packs available for sale (I could be wrong) I thought I’d try one of the newer games dCrops.

I had to drag out my laptop to play the game since it isn’t available on mobile phone right now. After I set up the Hive Keychain on the browser I went into the game and bought two card packs. Unfortunately, they did not have seeds available for the current season (summer). I also got some land in one of the packs to plant the seeds in.

I decided to buy seven more packs, but only opened four of them because I had the summer seeds. Each season runs 15 days and the seeds have various lengths of time to maturity. I got excited initially and planted the seeds not paying attention to the fact the current season was more than halfway done. 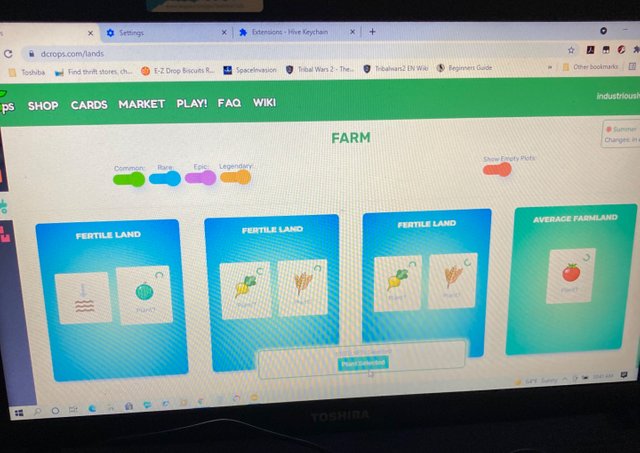 So I got nervous and unplanted one of the seeds. It turned out it went into a cool down, so I can’t use it until that is over. So I will also wait to see if the seeds that run longer than the current season will go into the next season for harvest or just end. 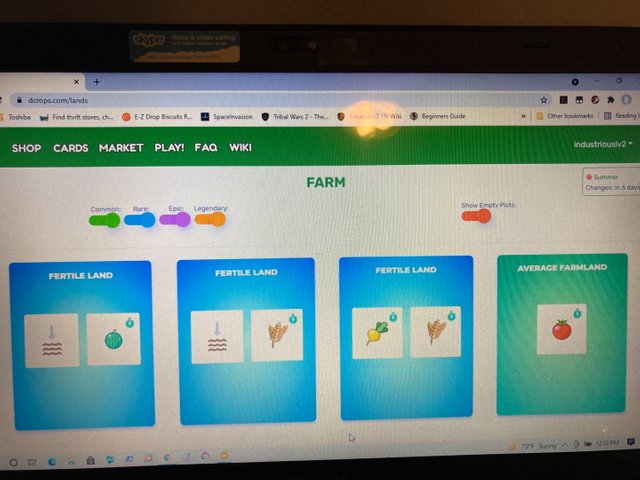 When it’s time for harvest I get shares for what I sell and that gives me a position on a leadership board and based on that I receive the ingame token, CROP. Besides being able to buy the cards with Hive I could also buy cards with CROP.

After the harvest in a few days I’ll post an update. I also have three unopened packs I can open next season if I need to find autumn seeds. So far, it seems like it will be fun and somewhat passive to boot.

The seed growth and harvest end in the same season.
The pack are randomly selected. You can buy seed card at the in game market from your peers.

For more details go to the #Faq section on discord channel

Thank you for your reply and the tips on how to play the game! As I said, it's all new to me.