Gone are the Days of Sub 20K BTC ~ #puttingitontheblockchain

It doesn't seem all that long ago really, when BTC was hanging out in the 4-10K range. I remember seeing once BTC topped off over 10K, multiple (count: multiple) times people (even well known, recognized, BTC OG's) sharing articles of their own stating that "BTC will never be below 10K again" 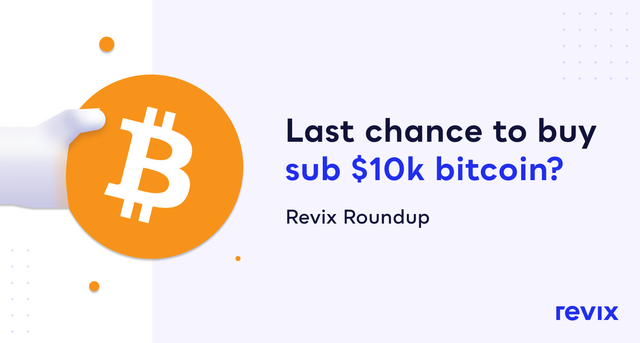 But alas, a few short days, or even hours later, BTC had shot back down sub 10K. Maybe to 9K, or even back to the 4-5 range. The thought process and logic was semi-sound.

Once BTC reaches that price, its psychological. People like round numbers and a sell off at 10K just doesn't seem right. But they were wrong.

What? How can I say that considering we literally just blew past 20K only a few short weeks ago?

The difference isn't even in the price, rather the hands that are hodling the BTC.

When BTC was floating past 10K and then dropping again, the majority of the people buying and selling were people like you and I, and others like your neighbor, the liquor store cashier, the guy plowing your street, the punk kid who egged your house the other night, the mom who got recently got her long awaited child support money.

What do all these people have in common? Weak hands. WEAK hands.

You know who doesn't have weak hands?

A company like Micro Strategy. Who converted their 500 Million cash reserves into BTC slowly over time.

Michael Saylor, the CEO of MS, is not sitting at his desk every day waiting to make 10% off his 500 Million investment. He is in it to win it, as they say.

AND, he's not alone.

Numerous other companies have started to follow suit on MS's gameplan....and it's working.

@jcornel put out an article the other day arguing that this go around will be less volatile for BTC compared to the past and I couldn't agree more.

This makes total sense simply based on how much these big companies have bought and the fact that they ARE NOT selling.

BTC has never been in stronger hands.

So I'm gonna stick with my prediction and say here and now, forever on the blockchain, sayonara to sub 20K BTC.

If you ever want to buy BTC at sub 20K again, you're gonna need a time machine to go back to 2020, and NOBODY wants to go back to that year, ever.

Do you think we will ever see sub 20K BTC again?

I totally agree with you. The big companies aren't going to want to see their investments lose money. I think that also means that they will be hitting the politicians hard to make sure that their investments stay sound and don't fall victim to government zealousness.

Right on @bozz. They're not day trading it, but hodling for the long haul. These big companies are really the only people that can sometimes get their way with government bureaucracy. That is if gov already has their foot in the door. Will be fun to watch!

I'm with you on this one, ive since spotted the difference between this bull run and the past one, this is stronger and might run for much longer, unlike in the past, like you said the hands holding btc right now are more gigantic than btc has ever seen, and they aren't weak hands.

More so, based on the profits already being accumulated, other institutions might dip their hands into it following the footsteps of the likes of Grey scale, MicroStrategy and the likes.

Interestingly, I remember when Square purchased 50million dollar worth of bitcoin when it was around 13k, I can only imagine the amount of profit made right now, moreover it didn't even happen only once.

Smart money is winning and bitcoin is heralding it.

Right on man, and solid points. Thanks for commenting!