The Infinite Possibilities Of Hive

It has been a while since I swapped my favorite Web 2.0 bookmarks with Leo and Hive pages. This place started feeling like home in a matter of weeks but that is not the only change that comes with Hive and Leo. After seeing what changes it brought into my life I couldn't escape the feeling that it will soon change millions of lives for many different reasons that I will discuss below. Ownership Is a Big Deal

Looking back at the time when Facebook, 9Gag, and Reddit were the main sources of information and entertainment for the online community you have to wonder why people never saw that their downfall is imminent.

I remember sitting down with a few close friends discussing how all of these platforms could provide even better content and information if only they wanted to compensate their main contributors - the users. One idea that emerged from that conversation was to create a 9gag-like website where almost all ad-revene would go to the creators and shitposters but the legal headache behind this was just too big to even consider.

Jump 10 years into the future and that idea already exists thanks to Hive. Artists and content creators have been rewarded on this platform long before NFTs became a mainstream subject. Not only do they receive compensation for their work but they also become owners of the platform itself in the process.

For me personally, Hive has changed so many things. I had a hard time figuring out how to turn my crypto knowledge into income without being forced to work for projects I don't even believe in just to make ends meet. With Hive and Leo I am free to write about anything I want and if the community finds this information valuable I can be 100% sure that I will be rewarded for my work. This has been true for so many of us here but this perspective also undermines the true potential of Hive which goes way beyond a simple blogging platform.

Keep Your Community Organized and Informed With Hive

I already explained how DAO funds can benefit from Hive so I will not be going into detail for this one but I will give just a few examples that illustrate my point.

@farmingtales is one of the most popular games on Wax and they have decided to point their community towards Hive. With many different contests, they have generated a lot of buzz by engaging their own audience along with the already existing community of Hive. Why build a community from the ground up when you can tap into an existing one as long as you have something of value to offer?

The Gods Unchained community also found Hive very useful lately. Posting their gameplay guides, card analysis, and different strategies are rewarded handsomely on Hive while doing that same thing in the GU subreddit will give you some shiny orange arrows that you can use as bragging rights I guess.

It is still maybe too early to judge but my personal feeling is that your community becomes self-organized as soon as you incentivize their contributions. With Hive this comes with no added cost to the project itself since the base layer rewards every contribution that adds value.

Yeah, I know. That is one hell of a statement but it will all make sense when development on Hive hits a tipping point. I was pleasantly surprised to discover @liketu yesterday. Yet another Hive frontend that is catering to those that enjoy sharing photos in all shapes and sizes. 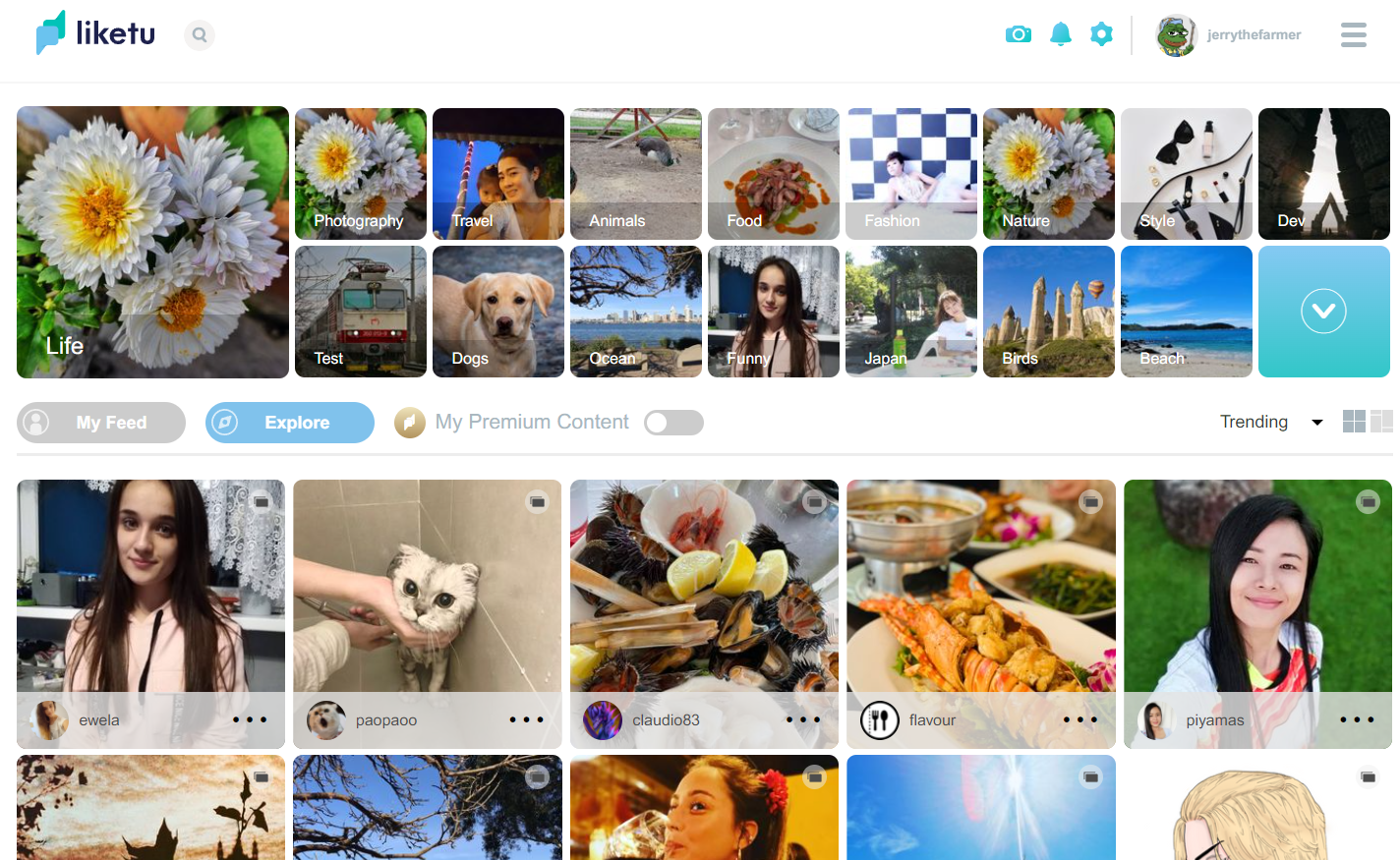 I am definitely not saying that Liketu will bring Instagram to its knees but simply pointing out the possibilities of Hive. Thanks to the base layer rewards front-end creators can develop independent platforms that work on Hive but some users won't even notice this. They should not care what is the underlying blockchain as long as it provides value to them personally and gives them complete ownership over their digital goods.

If you like taking selfies, sharing your photography skills, or simply want to show your cat to the world, you don't have to sacrifice all of your personal data to do so. With Hive you can stay anonymous if you want and still get rewarded for your contributions as long as the community agrees that they are worth rewarding.

Skillshare On The Blokchain

Skillshare is probably the most popular online platform for learning new skills and expanding your knowledge in a certain area. Monthly memberships cost about $35 with one portion of that payment going to the creators and the rest is captured by the platform itself as revenue.

With the right front-end solution, we can have all of this on Hive completely free for those seeking knowledge. Instead of sharing your skills on a centralized platform, you can share them in textual and video form on Hive and @3speak which would bring you at least two streams of income.

My personal take on this subject is that knowledge shouldn't come with a price tag. Those that want to make their life better by learning new skills rarely have spare cash on the side to invest in such ventures. If we are trying to educate people globally we can't overlook the fact that most of the people on this planet are earning less than what they need to survive. How can we expect them to have $35 per month just to learn a skill that MAY get them out of this bad situation?

GameFi is a hot topic in 2022 as millions are slowly learning that they can earn from playing games. Axie Infinity is probably the hottest subject of them all but as soon as you realize that jumping into it will cost some insane ETH fees on top of the game investment you start to see why blockchain gaming can not tolerate transaction fees.

So far Wax and ImmutableX have entered this space as serious contenders but we simply can't overlook the numbers Splinterlands is bringing in. 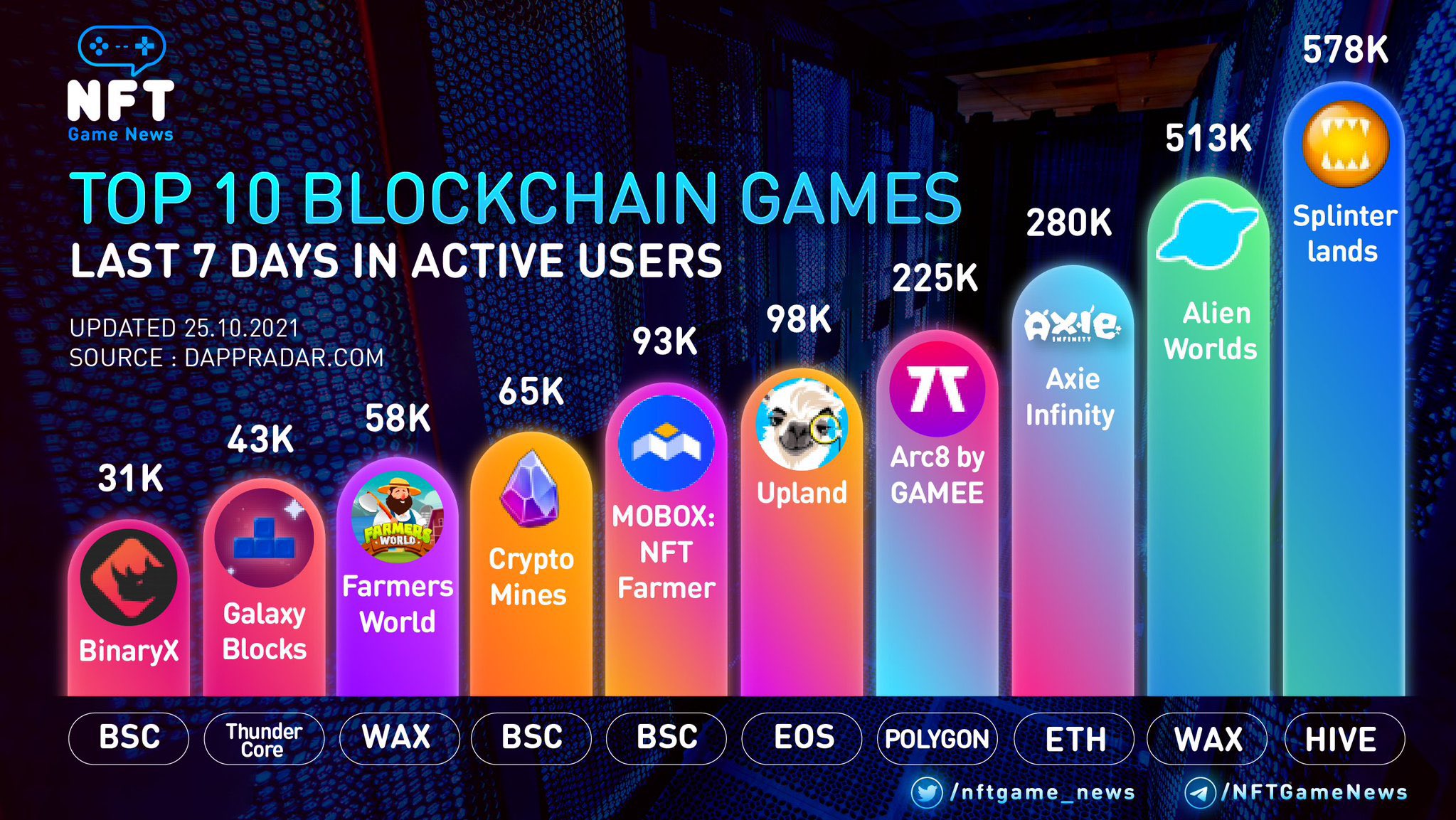 Even with all the buzz around Axie, Splinterlands is bringing in double the number of players on a blockchain everyone seems to be ignored on purpose. It is now clear that free transactions should be mandatory for blockchain gaming but there is only a handful of blockchains that solve this problem. Choosing Wax or ImmutableX over Hive may be the way to go for some publishers but those that recognize the value of an active and dedicated community will stay in front of the crowd.

Niche Communities Can Thrive on Hive

There are a lot of niche communities on the web that would have a lot more engagement if their work was compensated somehow. Experts on specific subjects such as science, technology, and even medicine can find like-minded people on many different platforms. Subreddits, online forums and Facebook groups seem to be the most popular options for these discussions but most of the time contributions will be low-quality due to the lack of rewards.

Turning these groups and subreddits into Hive tribes or simple communities would give everyone a chance to contribute and get rewarded. Answering questions and explaining unknown concepts to those that show interest in your niche can be rewarding for all participants, while this same interaction on online forums relies on the goodwill of one or both parties. If you don't incentivize experts to share their knowledge they may refrain from doing so because they need to spend time on work that brings actual income.

You can use LeoFinance as an example here. A niche community that is slowly creating a whole economy built on top of it. I highly doubt such a community and project would have seen success on any other blockchain except Hive.

Etsy On The Blockchain

This one may still be a feature that is yet to come but it's not that hard to see how Hive can allow you to create an online store on the blockchain. If HBD stays stable and proves that it can represent the value of 1 USD at all times Hive could offer a frictionless environment perfectly tailored for the next iteration of e-commerce.

Again, you will be tapping into an already existing community that can be turned into customers as long as you have something of value to offer.

Power To The User

Some potential use cases for Hive are more than obvious but others will need clever front-end solutions to be implemented. If you stop viewing Hive as a simple blockchain and instead see it as a tool that can be molded and shaped to benefit business owners, as well as their consumers, possibilities start opening up like never before.

The ones I mentioned above are just the tip of the iceberg. Web 3 is yet to show its full potential to the world and I am more than convinced that Hive will be on the forefront of it.

The internet needs a decentralized Trust Pilot-like page, it needs knowledge repositories that reward contributors based on the value they provide and the new Amazon of Web 3 has to be owned by the users, not the next Bezos.

Hive may have started out as a blogging platform but in time people will see that this is far from the full potential that comes with a feeless blockchain owned by the users, not VC funds. There are many problems left to be solved and many markets Hive could tap into. The only factor is time.