A quick overview of the history of Bitcoin's 3 flash crashes 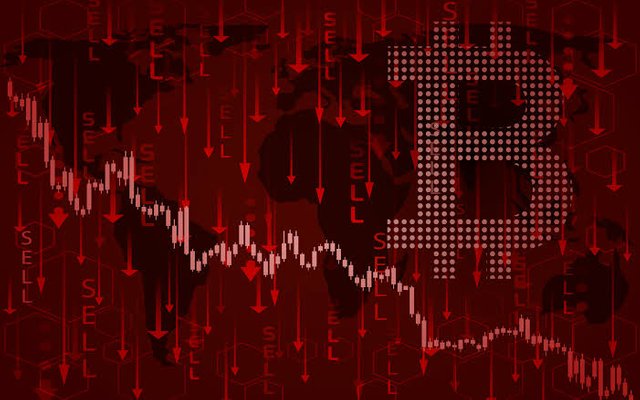 From a record high to a rapid plunge, the price of Bitcoin has played a "roller coaster".

Although the Bitcoin price rose short-term afterwards, it never hit a high point again. As of the publication at noon on January 11, the price of Bitcoin was around $35,131.40.

In the week before this, Bitcoin was in a wave of crazy gains.

Looking back at more than ten years of development history, Bitcoin actually fluctuates frequently in price, and there have been three bubble periods (that is, the price rose sharply in a short period of time, and then fell sharply).

Bitcoin was born when the world economy was turbulent.

In 2008, the global financial crisis broke out and the market's risk aversion sentiment rose. On November 1st of this year, a person who called himself Satoshi Nakamoto published a Bitcoin white paper "Bitcoin: A Peer-to-Peer Electronic Cash System" on the P2P foundation website, stating his knowledge of encrypted electronic money New vision.

When Bitcoin was born, the price was less than 1 cent, and 1 U.S. dollar can be exchanged for 1,300 Bitcoins, and it has only risen by a few cents within a year.

In July 2010, Bitcoin was first reported by the news site Slashdot. This article mentioned the Bitcoin project for the first time, and a large number of technology enthusiasts began to pay attention to this new concept.

On February 10, 2011, the strong interest of investors pushed the price of Bitcoin to 1 U.S. dollar, and that day was therefore called the "Dollar Parity Day".

This price promotion model is continued: the advancement of digital currency technology and its infrastructure will push prices up, and the price will be pushed up and will fuel the next bubble.

The first truly crazy Bitcoin bubble started on June 1, 2011. At that time, the news site Gawker published an article "The Darkweb Market Silk Road" (The Darkweb Market Silk Road) about how to use Bitcoin to buy illegal drugs on a dark web. Coupled with the opening of many Bitcoin exchanges, the threshold for buying Bitcoin has been greatly reduced. In just one week, Bitcoin rose from $10 to nearly $30, but the price of Bitcoin plummeted in the following months, as low as $2.14.

A few years later, Bitcoin once again surged to a critical point, breaking through $1,000 at the end of November 2013, reaching a maximum of $1127.45. However, the good times did not last long. By mid-December, the price of Bitcoin plummeted by nearly 50%. The most notable feature of this round of bubbles is that the decline was relatively flat but lasted for a long time: in the following year, the price of Bitcoin fell to 172.15 US dollars and maintained this deadlock for several years.

In February 2017, Bitcoin ushered in its craziest and cruelest bubble period, and it was even called "the widowmaker". 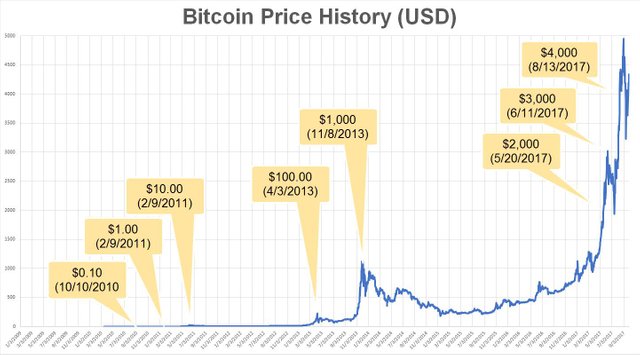 The initiator of this madness is not Bitcoin, but other emerging cryptocurrencies. The ICO policy of that year (initial public offering, originated from the concept of initial public offering in the stock market, is the initial issuance of tokens by blockchain projects to raise Bitcoin, Ethereum and other general digital currencies) for the first time allowing the creation of cryptocurrencies People directly sell their new products to the market, directly triggering an unprecedented speculative frenzy.

All kinds of speculative mentality in the market help each other to rise, the "FOMO" ("fear of missing opportunities") mentality prevails, and the rise of Bitcoin obviously benefits from this frenzy. However, with the emergence of more other cryptocurrencies, Bitcoin's dominance has also disappeared, and its market share in the cryptocurrency field has fallen sharply.

On December 7, 2017, the price of Bitcoin reached US$20052, a record high at the time. However, after that day, its market share fell below 50% for the first time since September.

Of course, the plunge of other cryptocurrencies is even more tragic. According to reports, the Japanese technology giant and SoftBank founder Sun Zhengyi lost US$130 million in the cryptocurrency bubble in 2017.

After that, the ICO was deemed illegal by the US Securities and Exchange Commission and was banned.

is it good or bad?

Affected by the new crown pneumonia epidemic, the global economy has suffered heavy losses since 2020. Many countries have adopted unconventional monetary easing policies to rescue the economy, and global inflation expectations have increased. In an economic environment of high inflation, low growth, and negative interest rates, investors and institutions have greatly increased their demand for safe-haven assets. Bitcoin, which is based on blockchain technology, has the characteristics of decentralization, limited total amount, and traceability, and is considered to be effective in avoiding inflation and is favored.

"Veterans of the currency market" who have experienced Bitcoin's ups and downs generally stated that the current surge of Bitcoin is different from previous bubbles. The ICO ban has effectively avoided Biyebi-related fraud; the inflation hedge caused by the new crown epidemic has strengthened Bitcoin's hedging properties; with the development of the times, the existence of regulatory agencies and listed companies has also made the cryptocurrency market more secure.

In 2020, black swan events will occur frequently, the epidemic will intensify, the economy has been hit hard, the world has released a lot of water, trust in the US dollar has fallen, and the world has entered an era of zero or even negative interest rates. Industry analysts believe that in this drastically changing environment, the scarcity of Bitcoin is particularly prominent.

In the beginning of 2021, Bitcoin will rise, and its anti-inflation and value storage functions have been further affirmed by the market. Supporters believe that the logic of the rise in 2020 is still valid, and the market outlook is still promising.

In a recent research report by JPMorgan Chase, analysts believe that Bitcoin may reach $146,000 in the long run, but to reach this price, Bitcoin's volatility must be greatly reduced.

The bears insist that Bitcoin is a bubble. Rosenberg Research economist and strategist David Rosenberg (David Rosenberg) said that the parabolic trend of Bitcoin in such a short period of time is very abnormal.

Of course, although the Bitcoin bubble does exist, more and more people realize that its investment is still rewarding in the long run. Optimists believe that Bitcoin's volatility history is just a history that looks intermittent but is actually catching up steadily. In general, Bitcoin's speculative nature makes it inevitably high-risk, and its future needs to meet various tests.