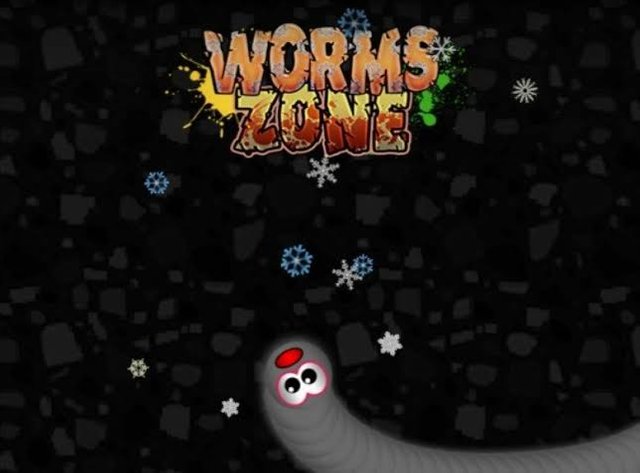 On this occasion I will share / share how tricks and tips on playing worm games that are on the rise among mobile gamers, especially on the Android and IOS smartphone platforms. One of the worm games that is so popular is Worms Zone among similar game variants.

In essence, the Worms Zone gameplay concept is similar to the Snake game concept we used to play on old cellphones. And in essence we survive until we are the biggest by eating everything around us, from fruits, bread and others.

The following are tips and tricks for playing worms zone on smartphones:

Collect as many coins as possible

The coin collecting factor is very vital, with a large quantity of coins, we can continue the game when the worm dies without having to repeat it from the start of the game. We can also get additional coins by logging in to social media Facebook.
Eat the item until it gets bigger.

Making worms big is a step that players must take in order to survive. So eat whatever items around you but don't let us enter the dangerous zone. And also we have to be careful not to get trapped by other players while playing and stay alert. .

Use items in the game.

Maybe when we play a lot we will find item categories and at certain moments there are indicators of a dead worm, speed (speed), zoom out and magnetic properties in the worm zone game. In addition, periodically we have to look at the map where the potential number of items is so that we go around without direction without getting and using the items to further increase points. Finally, don't use speed too often, because this will reduce the points we get.

The strategy of trapping the opponent's worms

Do not play too aggressively requires extra patience

Maybe we have controlled the rhythm of the worm's game, but if the style of play is so aggressive it will invite problems with other players. So be patient and always remember that the growth of worms will enlarge with food and we are not required to kill other worm players. If we are good at using the coiling technique, still vigilantly look around so that our own worms do not die.

Don't be tempted by the rest of the opponent's worms

It is true that eating the rest of the opponent's worms is proven to be effective in accelerating the growth of worms. But wait, this problem will only cause brawls. When a brawl occurs we must temporarily stay away to avoid hitting other worms. Use pulses of other features that increase the strength of your worms.

This is information regarding tricks and tips for playing the currently booming worm zone, hopefully it will be useful for readers.