By the end of this year, I have decided to push myself and aim for a target of owning 10,000 AKT tokens. This post is mainly about publishing this goal, in order to publicly push myself to hit it. 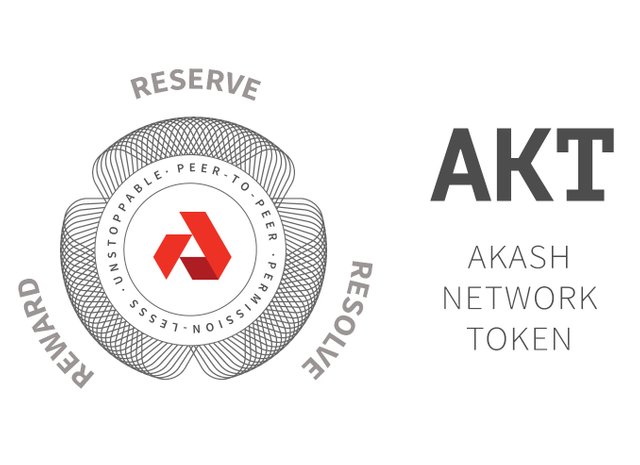 The first step on this path, yesterday, was to reduce some other holdings and "buy the dip" as AKT temporarily dropped below $5. I picked up another 800 or so at $4.80, adding to my existing stash.

Next, I decided to work out how much I'd have if I just continue to daily compound the staking rewards. With a 56% APR currently, and extremely low fees for claiming rewards and adding to delegations to the validators, each AKT token held now is pretty much worth about 1.5 AKT's by the end of the year (EOY).

Then, to get to the details of how many more I need to hit my target, I made a little spreadsheet to track where I am at, and what I need to achieve the goal. 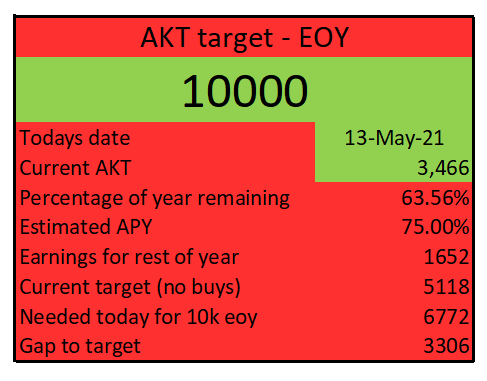 So, let me explain a bit. Currently, after my latest buy I hold 3466 AKT. There is 63% of the year remaining, during which I estimate earning a 75% APY. That means, if I don't buy any more tokens, I should be able to increase my holdings by 1652 AKT over the rest of the year, just by compounding regularly (I compound once a day. There may be a more optimal frequency, but that will do for me). So that would put me on track to hold just over 5,000 by EOY.

Looking at 3466, and thinking I need to buy another 6534 to hit 10k AKT looks like mission impossible. That is $32670 at todays price of $5 - probably well beyond my reach. But looking at this table, and seeing that I need to buy 3306 feels much more achievable. I have already managed to accumulate more than that over the last 5 months, doing that again over the next 7 should be do-able, if I prioritize it and get to work.

The long term prospects for Akash, in my eyes, are enormous. This is not some Doge, Shibu, ASS, Cumrocket shitcoin here. This is a real project, with a highly credentialed (and growing) team - public and known, not annons. Just looking at the team involved and reading their bio's gives me confidence in the project. In the last week, we have seen something called "Internet Computer" -token ICP, previously known as "Dfinity" appear from nowhere and enter the top 10 on Coinmarketcap. I have not done a lot of research on this project, so I am a little ignorant on the project.

What I did see was this chart, posted on Twitter by Edward Diamond-Hands. In this tweet he shared his research on the differences between Akash and Dfinity, summed up in the following table: 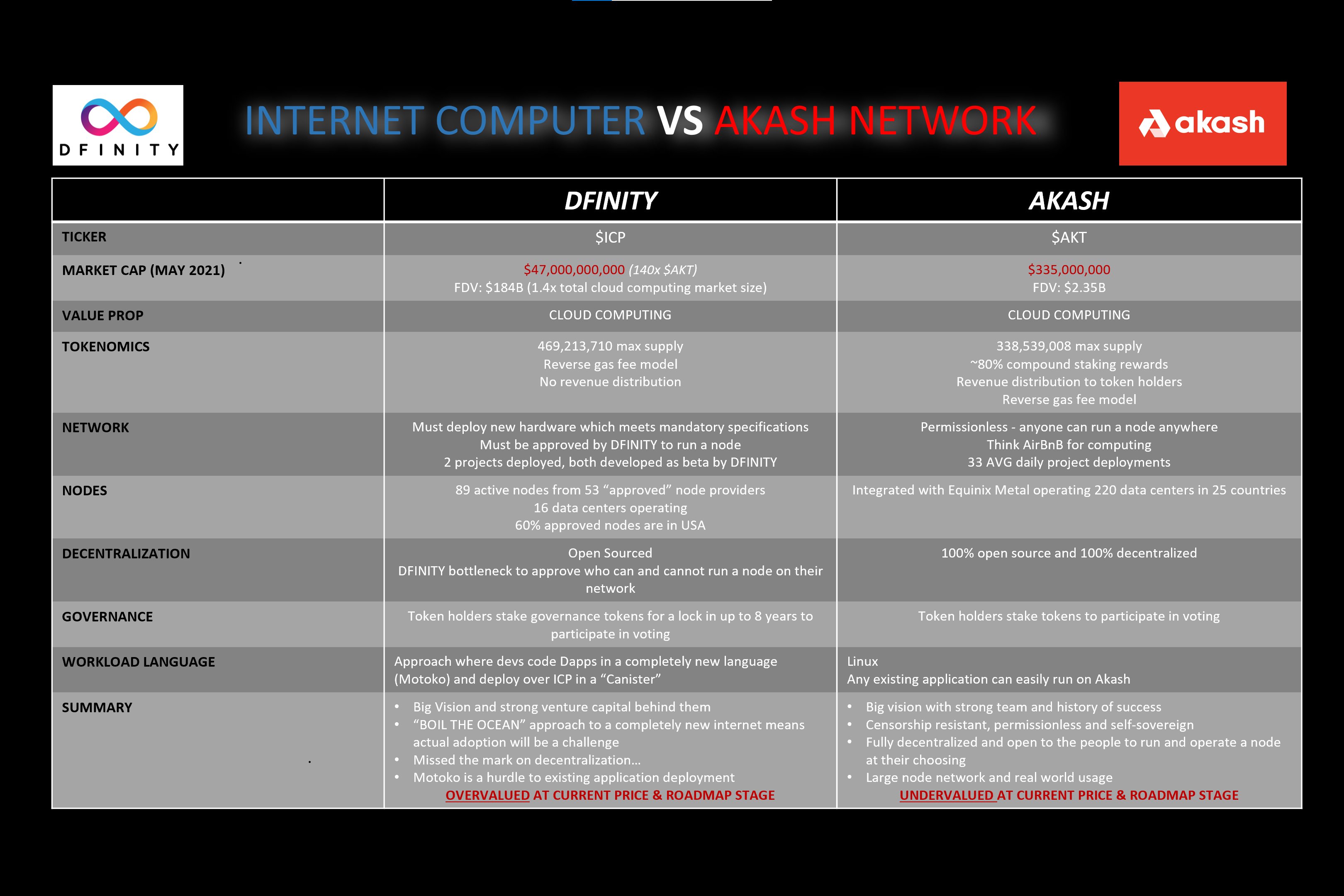 After going through that chart, I have a few thoughts:

At current prices, ICP is valued at 100X AKT. Akash already has customers, and live deployments, and metrics that can be tracked. One excellent community built tool is Akashlytics. Comparing Dfinity to Akash is pretty a microcosm of how the market is at the moment, hype is beating real value, in many cases. Hopefully, some rational market behaviour will resume.

In other Akash news:

Akash is a Cosmos chain, with strong links to other Cosmos projects, and will be one of the first tokens available and traded on the range of upcoming Cosmos Dex's. However, it also has a strong link to Solana, and is sponsoring the upcoming "Solana Season Hackathon". You can read more about this in this blog post. I won't go into too much detail, but will drop a quote from the article which highlights the benefits for both sides from the Akash/Solana partnership:

While I have been writing this post, there has been a major, across the board sell of with BTC dropping below $50k, ICP is 30% down for the day, and everything else selling off also. AKT is down as well, just 5% however currently $4.66.

Good entry price here if you have been holding any powder dry.

I might wrap this post up here, and go see what's happening in the market. Thanks for reading, stay tuned for more Akash news and updates.

Links to all of my posts about Akash