Akashcraft postponed - everything you need to know.

A few days ago, I posted about an upcoming promotion by Akash, for a crypto Minecraft scavenger hunt. Prizes of 1,000 AKT would be scattered around a Minecraft server to be hosted on Akash's DeCloud service. This post was meant to be filled with details about how the event went, screenshots and sharing of how my kids went. 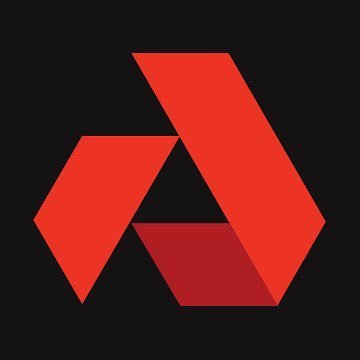 The event didn't go smoothly. The excitement around the event resulted in a much larger than expected turnout. The live-stream hit over 260 people watching and as soon as the Server details were released, a scramble to join ensued. With a capacity of 150 people that could access, and obviously many more than that all trying to join at once, the server ended up being inaccessible for anyone.

A full post mortem of the event, and what went wrong will be released by the team as soon as possible. I will edit this post with a link to that report when it becomes available. However, it is clear that the Akash service itself was not the problem. This wasn't a scaling issue or anything crashing on their side of things, this was a software issue. I am the wrong person to look into technical issues, but I do know that you could have the worlds best server, and if the software you are running on that server is buggy, then it won't work. Not the servers fault.

The event was planned by members of the community, in conjunction with the Akash team. Specifically, a new Discord server called MothRuby has been launched by community member Just a Crypto Moth. It appears the plan it to promote Akash as a terrific alternative to the mainstream cloud hosting services for the Gaming community. In response to a tweet questioning the if scaling issues with the Akash network were the problem, he had this to say: 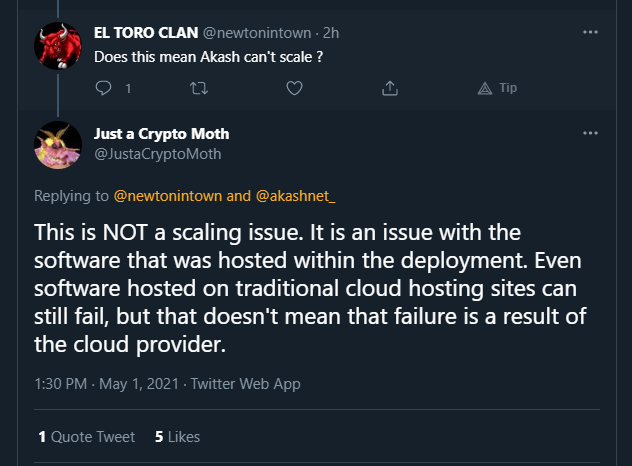 Anyway, I don't have enough technical knowledge (any really) to comment on the software issues, I am just reassures that the Akash network (that I have invested in with a significant AKT holding) isn't the problem.

Every cloud has a silver lining, and this temporary setback is no exception.

The community is growing, and many people were really excited to participate in this treasure hunt for AKT. That is a great sign, as the "Layer 0" of any crypto project is the most important. Community is everything, and Akash is building a strong group of dedicated hodlers.

To make up for the inconvenience of this initial setback, the team have said that the rescheduled event will have increased prizes. WOOOHOOO.

While the timing of todays event was perfect for my circumstances, there were many reports of people unhappy with the timing. The rescheduled event is set for May 8th, at 9am PST (which is 4PM UTC). Unfortunately, this makes it harder for me in Australia, as it is 2AM. Can't exactly get the kids stay up till then to try win some AKT - although my 12 y.o. daughter has already told me she will set an alarm and get up to play. For most of the world, this is likely more suitable.

Sometimes, even a failed marketing event can be a success. The fact that hundreds turned out for this shows that there is lots of interest. I would bet that the next event will have an even bigger turnout, possibly 1,000 or more. Bigger prizes, more attention, success even through a temporary setback. Who was it that said "any publicity is good publicity"?

One other thing I want to note is the classy way that the team handled the situation. The discord was full of chatter, and those involved remained professional at all times. They were keeping us updated as they attempted to get things up and running, and then made the sensible decision to reschedule for a later date. Particular shout out to Just a Crypto Moth who saw a tweet response from me to the Rescheduling announcement, and then in-boxed me personally to apologize for the inconvenience. All class and very much appreciated.

So there you have it. I know I have posted a lot of Akash content lately, if your sick of me, sorry.

Thanks for reading, if you would like to know more about Akash, check out the following links: