I have been thinking a lot about Cub Finance, and the long term future of the platform. What could drive the TVL up massively, build credibility in the BSC and wider crypto comunity, and drive the price of CUB, LEO, BLEO, and soon tm "BLANK" tokens -whatever they may end up being called.

I haven't posted for a while, been so wrapped up with everything going on lately (plus some real life stuff) that I have fallen out of the habit. So, to get back into it, I figured I'd start with all things CUB.

For the short term future of CUB, I think things look fairly on track. TVL is growing, and the "fee free" day has been a great success. I can foresee this happening again at some stage, maybe as a one off promotion tied around new features. A fee free day when the LEO-Bridge is launched (or maybe a celebration day a few days after) would be a good PR idea I think. We have seen today a significant increase in TVL, and "fee free" seems to be a marketing idea that I haven't seen around other BSC farming sites that could set us apart. Something to think about @khaleelkazi. 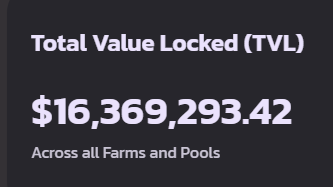 The TVL is certainly heading in the right direction, and the price of CUB has also benefited from the recent changes. "Numbers go up" is always an indication that something is working, and I believe they will continue to improve. 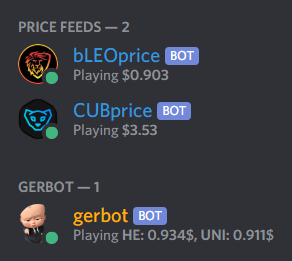 Here is where it get's interesting. Many DeFi platforms (notably BSC based ones) have launched and exploded in popularity. However, once the dust settles, it can become difficult to retain that growth and market share as the next shiny new toy comes along and all the yield maximisers move on for the greener grass on the other side. We have seen Goose Finance try lots of different things to maintain momentum, and struggle to land wins. Layered farming has been widely criticized, and rightly so as it looked like a real mess. I didn't try and participate, but it sounds like a shambles.

My thinking is that CUB will gradually set itself apart from the crowd by with a steady stream of added features, and constant development. The biggest thing I'm hoping for is partnerships with other BSC platforms. A link with Beefy Finance, or Haven, or Goose itself. Getting a foot in the door with one of the big BSC projects would add a lot of credibility to the project, and broaden the appeal and visibility of Cub Finance.

Hopefully, a combination of some guerilla marketing by all of us shilling across twitter and telegram, and some official marketing by the team itself will continue to build awareness and growth for the Cub platform. Partnerships can play a huge part in that. The other benefit we have is that as time goes by, more BSC people will start to realize that Cub is not getting rugged, not now, not ever. Khal is pretty public, and as more DeFi people realize that a rug is incredibly unlikely for Cub, trust and confidence in the platform will grow. I think a lot of BSC people see us (Cub) as outsiders, and building that trust and confidence that this isn't a rug, and is going to become so much more than just another Goose clone will take time. 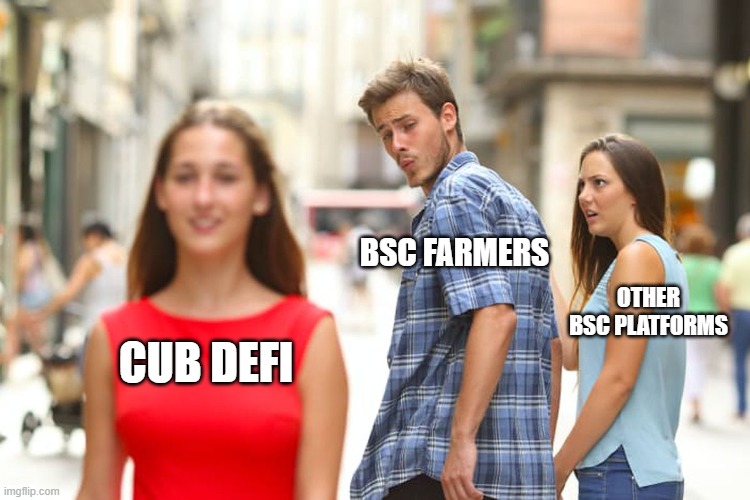 OK, so here is where I enter dreamland. Assuming the short to medium term goes well, here is what I see as the revolution of Cub Finance that I think few see coming. Khal is not one to dream small, so I feel quite sure that he would be giving some thought to the plan I am about to outline. I haven't seen anyone talk about this, and none of this is official or based on insider knowledge. Just my reading of Khal, and where I see the Cub platform heading.

Cub Finance will become an integrated front end combining Thorchain and BSC pools on one platform, seamlessly linking BSC to almost all the major crypto platforms. Visit Cub Finance, and you will have the option to LP into Thorchain pools, with native tokens. Thorchain is keen for multiple front ends to be developed to access Thorchain as the back end. Multichain chaosnet is likely launching this week. Khal absolutely loves Thorchain, and has publicly stated in the past that building access to Thorchain into a LEO platform is part of his plans.

I see Cub Finance becoming a Thorchain, and Binance Smart Chain front end. Seamlessly swap any major crypto through Thorchain's pools, and then via cub's BSC pools (and link to pancakeswap as the base layer) into any BSC token in seconds - without needing to go near any exchange. I could be wrong, but I absolutely see this happening this year. Maybe even sooner than you might think.

Tapping into Thorchain as a back end for cross chain liquidity would benefit all users in the LEO/
CUB/HIVE eco-system. Even more so if the HIVE equivalent of BSC (a HIVE, eth fork), that @klye is working on, happens. I would be surprised if Cub didn't build on a future "HIVE Smart Chain" and extend its platform there. Linking a future HSC with BSC and RUNE would build a powerful combination of drawcards sucking in liquidity from all sorts of places.

Thorchain front ends will have the capability to build in their own fee structure, by having customization abilities over fees for adding to LP's and swap fees. So similar to the 2 - 4% fee on CUB pools and Dens, a future CUB-RUNE project could charge a small fee. As LEO/HIVE/CUB people, I am sure most of us would happily pay a small fee to add to Thorchain pools, knowing that fee will be used to buy and burn LEO/CUB/BLANK tokens. The Leofinance cult grows bigger and stronger as more people are attracted to the suit of options unmatched anywhere else. All the while, value is accruing to those holding the LEO/CUB?BLANK tokens.

If @khaleelkazi can pull of this ambitious roadmap I have assumed for him, we all are going to make it.

Right now it's just a dream, but I say watch this space, as I think a CUB front end to Thorchain is inevitable. We will look back on these days of $16 million TVL and a $3.50 CUB price as a fond memory.

P.S. Could be wrong, not financial advice, etc. But we all know Kahl loves RUNE, do you want to bet on this happening?