The cry from the Thorchain community has been all over Twitter for the last couple of weeks, with #RAISETHECAPS being the call. For those that have not been following closely, Thorchain launched their multi-chain chaosnet not long ago. Basically, they have landed the product they have spent years building, a cross-chain, native asset, permission-less DEX. 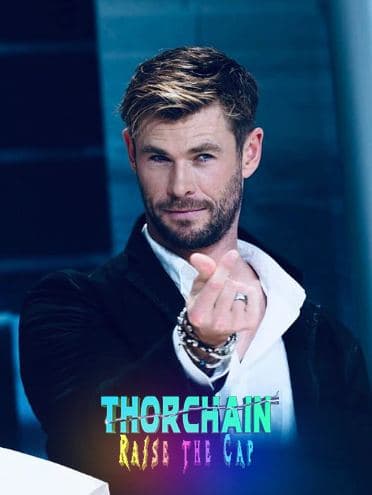 Image created by "Ledgermex, and sourced from the Thorchain Memes telegram

Why are there Caps?

The cap on how much can be placed into liquidity pools exists for a few reasons. The multi-chain environment is a very technical set-up, requiring numerous anonymous nodes around the world to launch and bond into the system with large amounts of capital (which they are putting at risk in a new and still unstable environment). The period of caps being in place is to give time to test the protocol in the real world. Numerous test-net's have been run, but nothing compares to live funds and real world testing. Restricting how much capital in the system, while this testing period is happening is just common sense to be honest.

It is called "Chaosnet" for a reason. The system needs time to find and fix bugs and issues that arise, without vast quantities of capital at risk. Early poolers are the pioneers, willing to risk their capital by getting in early. The network does not even have any incentives turned on yet. There are no block rewards going to multi-chain yet, the single chain Thorchain is still running and available at Bepswap. It still has 6 million RUNE, plus the matching "non-rune" assets, plus all the node bonds are still happily working away on the single chain version.

The plan is to gradually reduce rewards being payed to single-chain, and ramp up rewards to multichain once the caps can be raised. Eventually, single chain will be shut down. There will be plenty of advanced notice that this will happen, but regardless, Thorchain have a protocol in place to deal with shutting down the system. What they call a "Ragnorok" will occur. Basically, the chain will halt, and all funds will be automatically be sent back to the wallets they came from. This is an essential part of Thorchain's design.

If a fatal flaw was to happen on multichain, a similar process would occur. This design characteristic of Thorchain is just another way it stands out in the DEX eco-system. I don't think that there is any other DEX protocol that has this functionality built in to the system, automatically. Anyway, Single chain chaosnet will slowly be phased out as the caps on multi-chain can be raised and people encouraged to move over. Incentives will be turned on, and capital will migrate to where it is most profitable.

The exciting news is that a new wallet option has become available for Multichain. Up to this point, the only option was a Keystore file. I personally have never used one of these before, and was very hesitant to put funds into it. It is unfamiliar, and I don't know or understand the risks involved. But now, XDEFI has soft launched.

XDEFI is a browser based extension, like Metamask and Hive Keychain. It is designed for the cross-chain environment, and was initially funded and supported by the Thorchain treasury. At the moment, access to it is by invitation only, but as it has its bugs and issues ironed out, it will become readily available and will likely become the most widespread way to access Thorchain in the future. I haven't been involved in the testing phase for this, but it sounds like all is going smoothly.

Ledger support is coming, in time. Support on Ledger for native RUNE is a work in progress still at this point, but presumably not far of. I would also imagine (but can't confirm) that once this happens, then using XDEFI with your Ledger will become a thing, like using Metamask with Ledger at the moment. I have not followed these developments closely, so this is just speculation from me.

Shapeshift has already integrated with Thorchain for swaps, meaning they can go back to their original goals of being a no KYC swapping platform. With Thorchain as the backbone, and connections to multiple other DeFi protocols like Uniswap, Sushiswap and so on, Shapeshift could become a key player in this space, enabling a simple UI to trustlessly swap from any token to any token, across almost any chain. Thorchain does not need to support every coin, just the biggest. Numerous AMM's already exist to support all the smaller coins. Shifting from one to any other becomes easier with Thorchain in the middle handling the cross-chain component.

For example, say you have Cub on BSC, (that you farmed through CubFinance of course) and you want BAL on Ethereum. Once BSC is linked to Thorchain, the transfer would look like this:
Swap CUB for BAL:
Step 1 - on Pancakeswap, CUB swaps to BNB.
Step 2 - on Thorchain BNB swaps to ETH.
Step 3 - on Balancer, ETH swaps to BAL.

All these steps would be completely behind the scenes. You would simply input CUB to the swap, and receive BAL in your Ethereum wallet at the other end. In this way, Thorchain does not compete with existing DEX's, it facilitates the movement of capital between them much easier than having to make multiple steps and pass through CEX's like Binance in the process. Anything to anything, completely decentralized and seamless, as one simple swap in the UI is very close to reality.

Crypto.com just announced that it will enable RUNE for purchase and use in its system. That means you can directly buy RUNE with fiat now, again without needing multiple steps along the way. It also means that if you have a Crypto.com card, you can spend RUNE. This is already a huge announcement, bringing extra access and usability to RUNE. However the future may be even more interesting. An intriguing tease from the Thorchain twitter account was this tweet:

The listing is simply the primer.

What perhaps may follow is much more interesting. $RUNE https://t.co/vURMrqGi4o

Now there is a couple of caveats in there, "perhaps and may" But the reference here is that perhaps Crypto.com may plug in to Thorchain for its cross chain swaps, or maybe facilitate adding to LP's for yield. It's all speculation, but perhaps the Thorchain team know more than they can say, and a cryptic tease to keep things interesting is the most they could put out there at this stage.

We know that Trust Wallet is integrating with Thorchain. We know Shapeshift has already integrated Thorchain, We know XDEFI is almost ready to launch for general usage, we know that Ledger support is being worked on, and now we have a tease that maybe, just maybe Crypto.com integration could be coming. If all that isn't bullish for Rune, then I'm not sure what else is.

So the main reason that the caps have not raised yet is that a couple of bugs have been found and needed fixing. One surrounding the age old problem of Ethereum gas fees, and the way Thorchain handled and priced them was the main issue. This has been resolved and fixes pushed out to the nodes to implement. It appears now that a cap raise is imminent.

The other reason why the system will be slowly ramped up is so that the economics' of it remain in balance. In order to secure large amounts of "non-rune" assets, the bond from nodes has to be sufficient to make an economic attack on the system a loss-making venture. As nodes churn in to the multichain system, this means the bonded Rune amount will increase, meaning more "non-rune" assets can be secured. This process will take time, expect that caps on Rune in the LP side of things will be a reality for quite a while, most likely months.

In the meantime, all most Thorchads can do is get on Twitter and chant #RAISETHECAPS.