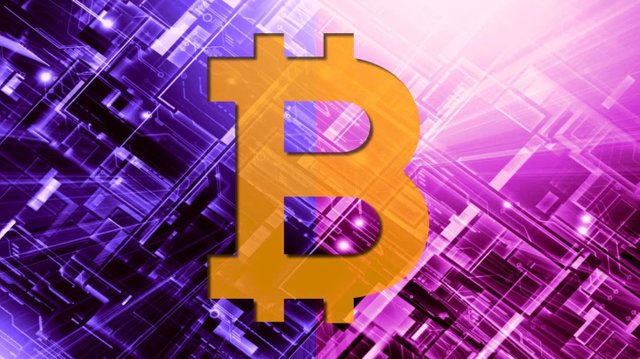 When anyone is beginning to their own investing journey with cryptocurrency there is a very important decision that they must make. This decision could eventually determine if they will be unsuccessful, moderately successful, or wildly successful. It might be something that you knowingly decide to do, or it could be unintentionally done as well. What could this possibly be? It is deciding what kind of cryptocurrency portfolio you want to have. Will you have a highly concentrated portfolio that maybe focuses on only one or a handful of coins. Or will you have a large basket of coins that could better your chance of finding a coin that will explode in value. There are a lot of factors that could determine which strategy is the best for you, and also smarter in general.

But what is the best strategy? And which do I prefer? Keep reading to find out. 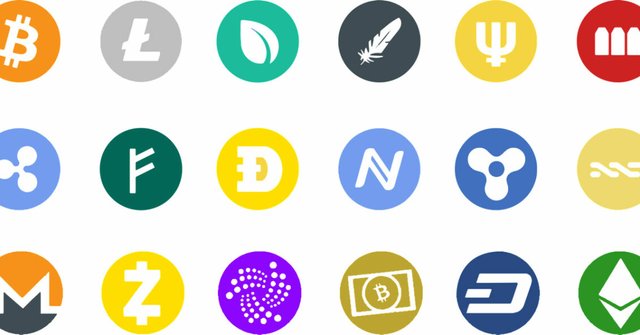 Before starting; I do want to stress that I have actually done both of these strategies and have had success with both. If you are just getting into cryptocurrency at the moment, it would be hard to go wrong with how the market has been performing. But it isn't just about having gains; even though people are usually most concerned about making as much money as they possibly can. It is also important to keep your gains and avoiding losing investment opportunities can be just as valuable.

So let's first talk about the highly-diversified investing strategy. As mentioned; with this strategy you are trying to make your cryptocurrency basket as large as possible in hopes of owning a coin that could "hit the jackpot" and have spectacular gains. After all; having just one huge winner makes up for having a lot of losing coins. This is what makes people so excited about investing into altcoins. They feel that bitcoin has already reached a market cap where the gains just aren't as high as what they could have if they invest into the low-cap altcoins. This is why there is such excitement around investing on new and undiscovered coins that are on Uniswap and other places. But with great reward, also comes great risk. While investing into cryptocurrency in general is pretty risky, but investing into the low cap coins is even higher risk. When you buy your coins, you have to come to grips with that the fact you may lose all of your money. I'm sure you have seen countless news articles about rug-pulls that have happen on new coins. So please always be careful.

But, having a highly-diversified cryptocurrency portfolio doesn't mean that you are only investing into the low-cap coins. There are a lot of healthy, and meaningful projects that have potential to do really great things. Perhaps you're interested in Ethereum and everything that DeFi could deliver upon, or even NFT's. But since you're heavily invested into Ethereum; you also want to have a backup plan by investing into some of its competitors such as Cardano and Ethereum. Perhaps you will go even deeper into the Altcoin Forest in hopes of find low-cap gems. And then of course you want to have Bitcoin as well. The thought is that being diversified into several projects, not only are you increasing the chance that you will find that hidden gem and benefit greatly. But also having all of your eggs in one basket is never a good idea. You are hoping to lower your risk. What if you were 100% investing solely into bitcoin and then there was a catastrophic bug that was found in the code. This bug would maybe result in bitcoin being able to be double-spent and this would cause an epic collapse in the value of bitcoin; as the trust in the chain would be shaken. The thought is that if you were diversified; since all of your holdings weren't only in bitcoin; this event would still hurt your portfolio, but it wouldn't be an event that you might not be able to recover from as if you had only invested into bitcoin.

When I first got into cryptocurrency I took one look at the price of bitcoin and felt that it was too expensive already; that I had missed my chance. This motivated me to find the next up and coming coin. I was researching constantly; buying small caps on Uniswap and other places, and also even dabbling in trading as well. Shockingly I was actually having some moderate success and made some money. Eventually the gains from those low-caps would be changed into other projects that I liked more such as; Ethereum, Bitcoin, Chainlink, Polkadot, Cardano, BNB, and the list goes on. I soon found myself having a portfolio of more than 20 cryptocurrency coins. All of which I was trying to accumulate more of. My goal was always to firstly acquire more bitcoin, and then also ethereum. It was my hopes that these other coins in my portfolio would help me to achieve that; and they did that very well for me.

But I kept being unsatisfied with my portfolio. I had a large number of different coins in my portfolio, but not a whole lot of value in these coins. Not only that, but because my portfolio was spread out very thing. When there were very green days, or even red days; the effect on my portfolio was pretty minimal. My goal that I set out when I first began investing into bitcoin and other cryptocurrencies was to make enough money to change my life, and hopefully be able to retire at a young age. But after looking at the market performance, and having a strong look at my own portfolio I knew that for my own personal situation; I had to make changes if I wanted that dream to come true. After all; when I first began investing I was completely broke and had very little money to my name. I was the average investor that you normally see out in the world and so you can imagine that since my portfolio was so spread out; the gains were minimal. 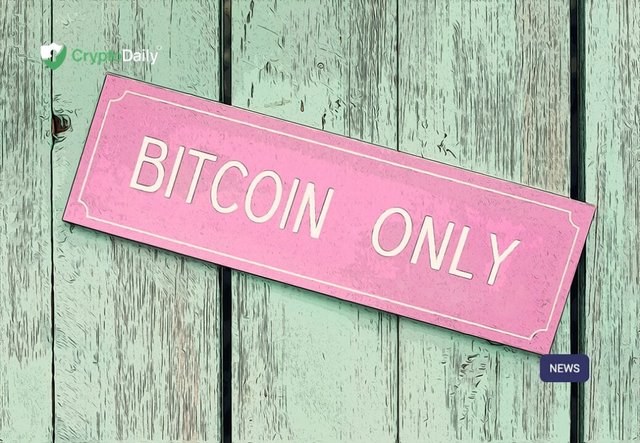 This is when I decided to focus intensely on bitcoin, and also Ethereum. But almost solely on bitcoin. After I made this change; it was very shocking how fast I was able to accumulate the coin of my choice by merely only focusing on that one coin. For me it was bitcoin, but for you it might be Ethereum, or some other project. When that coin would have green days; my own portfolio was finally starting to see some really great results. And then I had some great fortune to take advantage of the huge price dips in 2020 and that completely changed everything. Not only was I able to see higher returns on daily market performance, but now I also able to make significant profits by lending out a portion of that bitcoin. It became an investing circle that kept motivating me to invest more.

But why did I choose to heavily invest mostly into bitcoin? (I do still invest into ethereum as well.) I do it because it is the market maker in the cryptocurrency market and also the coin that I believe the most in. Frankly put; it is the project that I'm the most passionate about and believe in the most. It is the reason most of the other coins exist, and it is the most trusted out there. It's also the coin that institutions are mainly investing into as well. Unfortunately for the cryptocurrency market, bitcoin is the magnet that controls almost everything still. If bitcoin goes up, so does everything else. If it goes down; everything goes down as well. There are a lot of great coins out there, but there is also a lot of junk out there as well. This market is risky enough, and I prefer to take the less risky path. I do this knowing fully well that my profits might not be as high in percentage as someone who solely invests into altcoins. But I also feel that will be evened out when the market drop eventually does happen. Bitcoin will of course go down as well; but altcoins will dip much further. Just like in 2018. I am no longer a trader and have unlucky market timing, and so I prefer to just stick with Bitcoin and also to ethereum.

Although I do understand this does open me up to other risk as well. Being so highly contracted on two coins could end up being catastrophic for me, if there was a bug that was found in BTC, or if the price would drastically drop. Then there is the risk that some other coin could eventually replace ethereum; which would have an impact on my portfolio there as well. All risks that I am aware of, but have come to peace with my decision. This is what I feel works best for me, but what is best for you may be a highly-diversified portfolio, a highly-concentrated portfolio, or perhaps something in-between.

So how about you!? What is your portfolio strategy?! Which is the best for you; being highly-diversified or highly-concentrated? And which cryptocurrencies are you the biggest fan of?