I'm sure this is just a Coincidence right?

I'm sure it is, but lets run with it for a bit.

The Tesla Pattern is pretty clear to me, we had some sideways, then a massive drop, the more sideways. 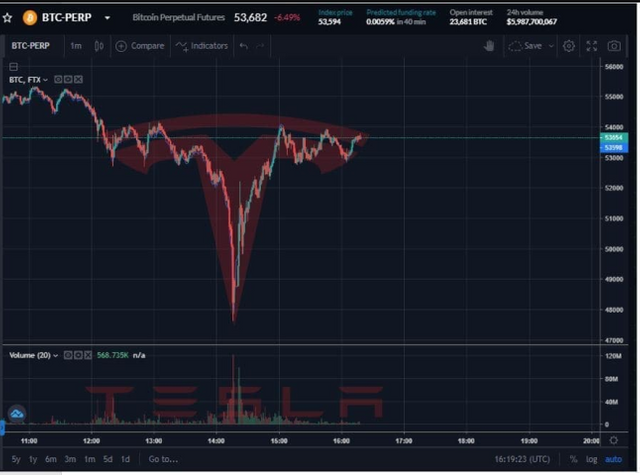 Actually it probably isn't, but it's pretty funny never the less. This whole drop was somewhat driven by Elon tweeting that bitcoin looks high.

Why he feels the need to say crap like that is beyond me.

Just when you think the guy is finally on board he tweets some out-there things that actually hurt his investment.

Even his comment about bitcoin being less BS than cash, isn't exactly bullish.

Being less bad than awful still makes something bad.

How about you grow up a bit there Elon?