Don't worry, Bitcoin's going to $60k in short order, history told us so

For those of you wanting to sell some BTC, you better check out the current chart and compare it to the one back at $14k.

Fractals are chart setups that tend to repeat and play out in similar fashion over time.

We had a similar setup the current setup several months back when bitcoin was trading around $14k before it shot up to about $16k, before ultimately going to $18k. 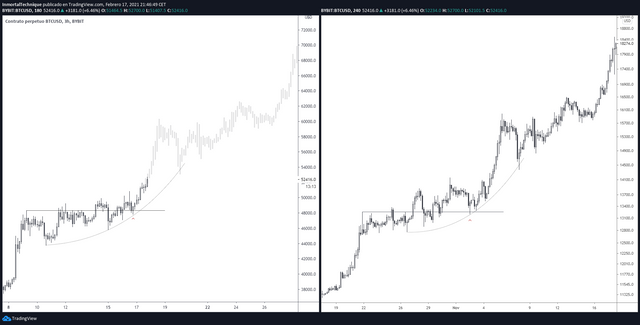 The chart on the right is the pattern that took us from $14k to $16k, and then ultimately to about $18k.

The chart on the left is pretty much that same exact pattern.

If it plays out in similar fashion we are going to see $60k in a matter of days.

I normally don't put a ton of stock in fractals, but I do think we are going to hit $60k in short order even without that fractal, so seeing this adds support to my prior beliefs.

With all the good news lately and the lack of motivated sellers I can't see how the price doesn't just keep climbing.

And who knows, maybe it just does this: 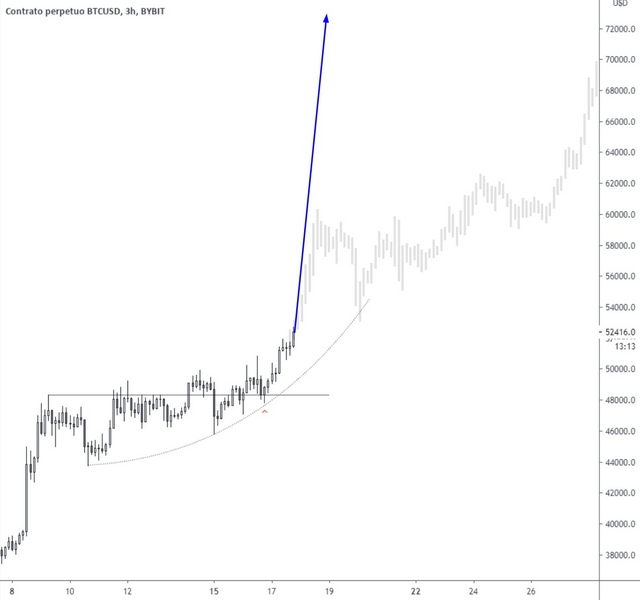 Maybe it just goes straight over $70k without much pause at all, though I am betting more on that fractal playing out in similar fashion.

I do love that vertical chart pattern though, we need to get HIVE to do one of those!