Threads: From A Marketers Point Of View 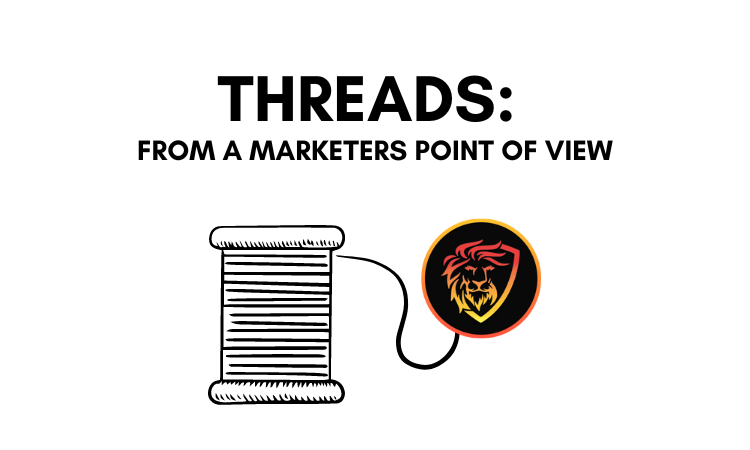 One of the challenges we have faced in the online business world is how to effectively 'market' your brand and business.

The standard response has been for years....

Those are 2 approaches that we have based a lot of our training over the years in CTP around. And over the past few years, our focus has been to build those brands...Using the Hive blockchain.

We've been training our members to start using blockchain based social media rather than traditional options. Heck, we even created an entire funnel for that purpose (ie: StartEarning.Today)

Entrepreneurs need to be on the cutting edge, and we feel as online business operators, the blockchain is a no-brainer.

One of the first social media options we training people on using is...Twitter.

It's literally one of the first lessons we go over in our training.

Twitter is brilliant. It's relationships. It's engaging. It's current. It's news. It's branding. It's fun....

But there has just never seemed to be a blockchain based option to compete. We've seen 3speak take over the need for YouTube. LikeTu is slowly becoming my favorite app, as I was never really partial to Instagram lol

But Twitter has been a challenge. Sure there have been things like Noise.Cash but let's be honest, that's just a glorified echo chamber for people into BCH.

Here on Hive, more specifically on @LeoFinance we've had this mythical creature called 'Project Blank' that's been promised for years...

A true second option to Twitter on the blockchain!

So here's the thing....I am really not sure if #ProjectBlank launched today or not LOL

But whatever 'Threads' is....I think it's going to be awesome! 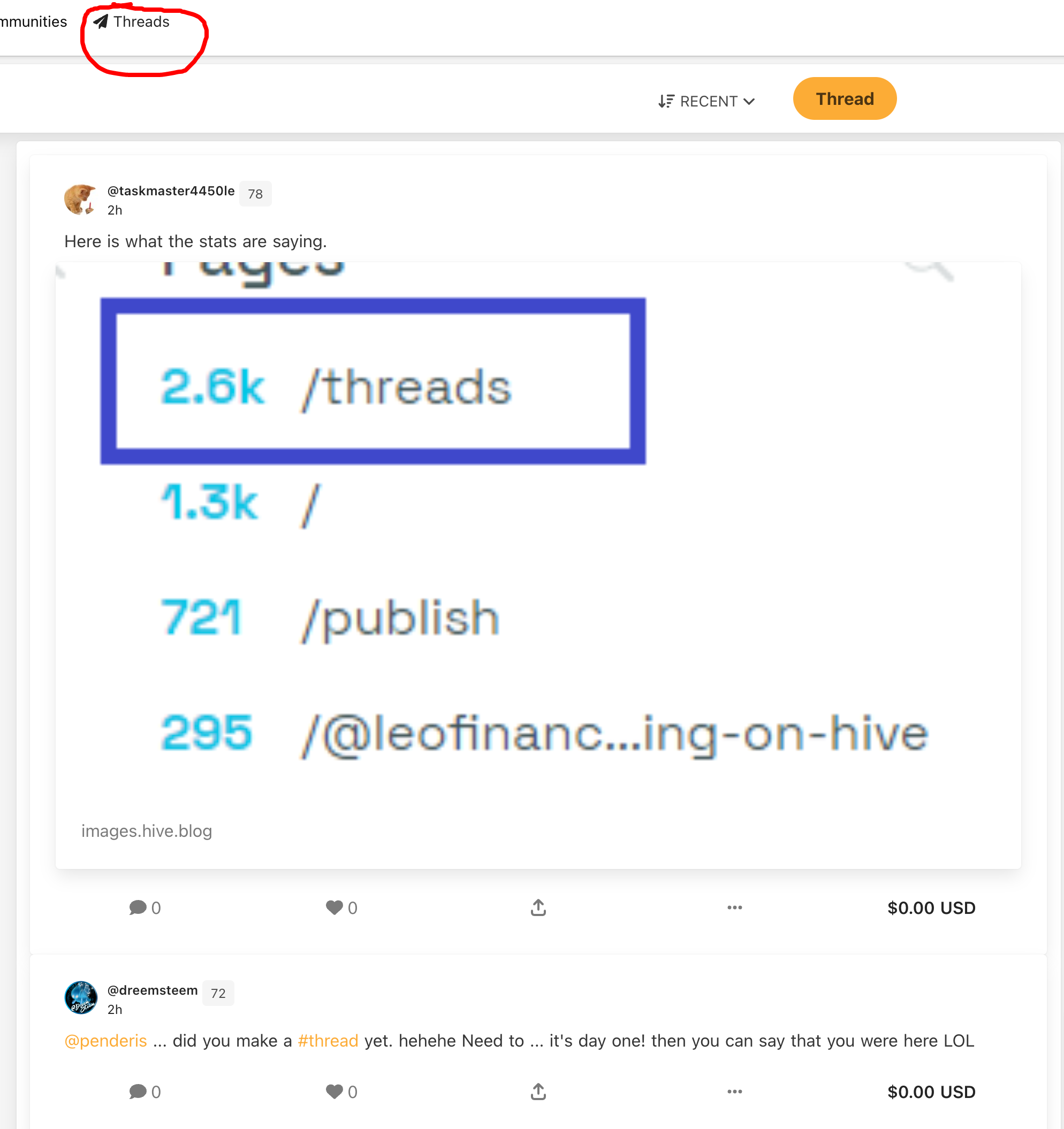 What makes Threads so cool?

You can use it as much as you want and it's NOT considered 'your post' meaning...It doesn't show up on your post feed or on anyone elses. It's all basically 'comments'!

This is brilliant and opens up so many possibilities to turn people onto short form content here on chain.

And that's just it!

I mentioned this a few weeks ago with my post about LikeTu, these kind of applications are severely needed on Hive. And now with Threads, we can see micro-blogging really take off!

The general public simply doesn't want to read War & Peace. They want bite sized pieces of content and things like Threads can deliver it.

And as for a content / social media marketer....This is truly heaven sent!

Now, as I'm posting this, Threads is about...12 hours old. And there is tons of things that are coming through the woodwork. However the DNA is there....

Engagement is going to increase, and for marketers trying to 'stick out from the crowd' this is the perfect opportunity to do so. Actually becoming a trailblazer and not just a follower!

My wish list for Threads going forward, which I'm sure is already on the horizon...

A standalone app with mobile option

I love LEO, it's fantastic! But Threads truly can be it's own beast! And when this gets on mobile, it opens up this blockchain to mass adoption quicker than anything I can think of.

I think a second layer token on Hive would be brilliant for this! I would just like to see that app put out what people are earning each time they post!

If those 2 things are on the radar for Threads, it's game over. I have to keep telling myself though...It's only about 12 hours old LOL

However, those savvy online entrepreneurs are already thinking big. Now is the time you are going to see them, stick their flag in the sand and claim their territory.

What if, this is the killer app we've been waiting for? 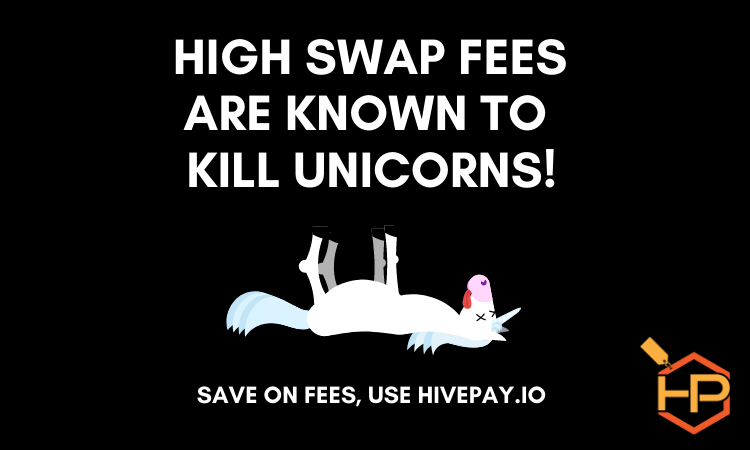 Save BIG on all your Swap.Hive / Hive needs with HivePay:

Vote for our Witness Node (clicktrackprofit) On..

Stake CTP and use the prompt !CTP to gift tokens to your favorite creators!

A lot of people have been canvassing for an opportunity to create shorter contents, well, leothreads it is. The biggest advantage is not having all that thread show up on your blog interface. If we could gradually create an identity from leothreads, it'll be a different entry point to Hive, just like splinterlands or liketu.

This is great....I made a Thread a few minutes ago, but it didn't seem to 'catch' in the general Threads feed. I immediately remembered, I can just post it again because it's not on my primary post now!

Exactly, it's not on one's primary feed if not it might create a sort of spammy vibes, I like the way it currently looks at the moment. Creating a different threads and selling it out there on web2 will go a long way.

One day, everyone on Hive will understand how important short form is lol

I am looking forward to this too. Another thing to learn but I think it’s going y I be awesome.

Can't wait to dive in more!

Threads on Leofinance, Short videos on 3speak and also thread support in all frontends could be possible future on Hive. I am excited on how this would help SEO wise. I am sure we can internally divert the traffic across frontends and also it can help with bringing new people too :)

Just getting started too!

I think a year from now, we'll be very happy with all the choices.

After having a feel of LeoThreads last night, I had a feeling this could be Hive's killer DApp especially when Mobile LeoThreads goes live.

Once mobile comes, it's game over!

The truth is that it is a very interesting novelty but it is still in its infancy and needs not only support but much more development. I also thought I remembered that there would be an app token and an airdrop for Leo owners.
We are also awaiting the distribution of income from Leo's advertising, I hope this gives him a good boost.
What cannot be denied is that they do not stop launching news.

Yeah it's only 24 hours in, I expect some major improvements and development in the next few weeks too.

I've been reading bunch of posts on #leothreads This is the best so far. You're showing your skills as a marketeer and writer here :)

Appreciate that, glad you enjoyed it!

Its really cool to see it in action and the thing is this isn't even the final product. Just imagine when Project blank releases to the world.
!PGM
!PIZZA

I think the mobile app will be Project Blank and I do agree that it won't take off until it appears. However, it gives some time for the team to solve the issues before it goes live for mobile and for us to see how people react to the rewards structure.

That's the beauty of beta, getting all the kinks worked out now!

It looked great when I tested it.

It's just going to keep getting better and better too!

Legend! Thank you sir, appreciate you!

This is just the beginning for short form content on Hive.

Now it's up to us to break it, add the features we need etc etc.

PS. Good to see you back posting via leofinance.io again ;)

I'm just so used to posting on PeakD lol

But Leo is pulling me back in lol

I think this feature will create a new kind of users. Enjoy this progress!

This is another perfect entry point, this can be way bigger than Leo itself. I love the fact it bring about fun and some level of freedom on hive.

For sure. And it all benefits Hive!

I am super excited 😄

@jongolson! You Are Alive so I just staked 0.1 $ALIVE to your account on behalf of @bradleyarrow. (9/20)

Saw you pushing Alive a ton on it, dont forget about CTP lol

No worries, I will. But we have you. Lol

A marketer without the snake oil salesmen vibe I hope LOL

Thank you sir, Canva makes me look like a genius LOL

Simple yet to the point and attractive.

It's had a great start with a long way left to go. The real test will be when the team looks back over the launch and takes user feedback to bring out V2 and prepare for project blank.

Then we will see what they can really do.

It's so cool to think of the possibilities this will bring!

It's not Project Blank yet. That one will have its own interface and its own token but will incorporate much of what we see on Threads. It will be a mobile app too.

I see so much potential for THREADS. It is an excellent on-ramp to the Hive world. I have dabbled a bit in it, and I am very impressed with it. I know it is still early, but just imagine what can be done with this app.
You are right, Jon; now is the time to stake your flag and claim your ground.
!CTP

Yeah man, I've missed out on a lot of things in my life...Not missing this lol

This post makes me feel nice about being here. What if this is the killer dapp we have been looking for.