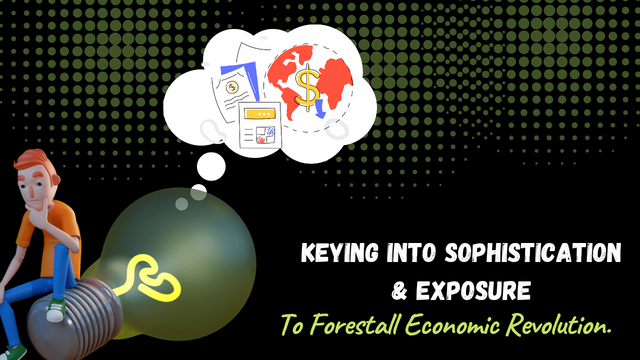 We've always talked about the positive influence of experience in the lives of people and how it tends to mold them. We use to say terrible experience, teaches the best of lessons, which in turn creates a frugal, disciplined or seasoned person. For example, someone who was once a millionaire and later became poor due to their lack of management, we always feel that when life gives them a second choice, they'll be better at handling that "second chance" and this is because we subconsciously see ourselves as learners, since it's the most instinctive way we create our personalities, but then... This isn't always true. The truth is that being rich itself is a mindset and this is the same with being poor. The difference is it's difficult being rich, while it's easier to be poor.

This is because the former is a position, that's subjective to change according to one's financially negative or positive action, while the latter is a state of staticity where there's no competition at all.

Another reason why being rich is a position is because it's not static, it's like a race against one's internal exuberance and unforeseen circumstances.

While people can transition from being poor to being rich in a jiffy, their ability to maintain it should be dependent on their discipline, management skills, and luck, to some extent. In life, our economic background can either limit or delimit us, in a country like Nigeria, people automatically become poor through a singular decision or action of either their parent or the system they're born into.

An offspring can inherit their parents' debt or their property

.........the former has had their chances reduced in life and the latter increased, now while this is an unfair disparity, it's important to note that competition in the race to attain financial freedom is full of unfairness, people are cheating the system, taking advantage of others and this is what makes being rich very difficult enablement to get to and also sustain.

One of the reasons why it's difficult to get out of poverty is because not everyone can go through the mental blockades of actually being rich, most people are a product of the system in which they exist and no matter how educated they are, it's often difficult for them to seek sophisticated exposure that could change their lives. Another thing is that being rich has become a trend, there was a time when buying shares and stock was the best way to be wealthy. 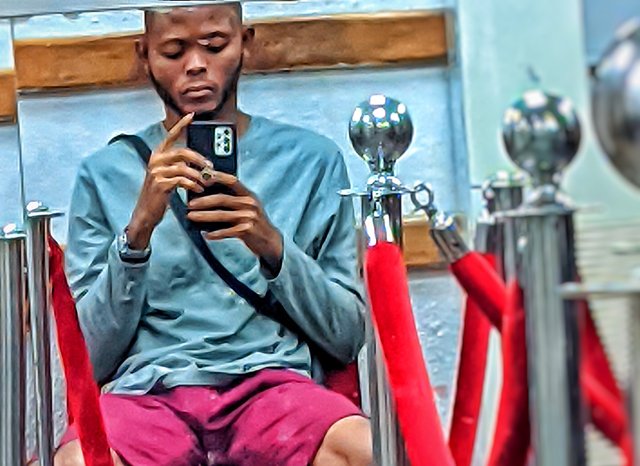 Acknowledging The Trends & The Change

I also remembered how people worked for like 30 years, depending on then gratuity and pension to become financially free, there was a time too when land and gold was the trending topic, nowadays irrespective of the volatility, you cannot talk about financial freedom without bringing the issue of cryptocurrency and this is because it's a trend that's is moving with the tide and changing the narratives.

For example, it's the mindset of some typical Nigerian women to wait for a man to change their financial situation. This is because their economic background is stunted and bereft of exposure, making it difficult to unlock any potential within them to change their financial situation, all their lives, they struggle hard to get a rich husband, instead of striving to make themselves rich, they all their economic and psychological background affect their concept on the true meaning of wealth.

So many people are uninformed while some others are wrongly informed. These days, we cannot let "experience" define the degree to which we must learn, especially with how sophisticated the world is becoming. The essence of sophistication is to make life easy, this is why it's important to become an agent of change.

Learning in life has become atypical tapping into this diversity is necessary for changing our lives and the lives of generations to come.

This is really quite introspective and got me thinking a bit. I wonder how much we are constrained by our environment sometimes, and it is very easy to resign ourselves to our fates. Yet some people push regardless and make something great of themselves. Human behavior is indeed mysterious

Thank you for taking the time. In reality, I've seen the physical manifestation of physical constraints by one's environment, it becomes an unfair disparity to the enablements that are needed for people to compete in life. Like you've said, we have no options but to push regardless.

For example, someone who was once a millionaire and later became poor due to their lack of management, we always feel that when life gives them a second choice, they'll be better at handling that "second chance" and this is because we subconsciously see ourselves as learners, since it's the most instinctive way we create our personalities,

There's a particular phrase I saw in a movie one time, and it said, money doesn't change people, it reveals them.

So it will take more than money to make people stay rich once they get there. They need discipline, management skills, and luck, as you've said.

For women? My country is the worst in this story, my gender are waiting for that rich man to come to their rescue. Instead of trying to improve themselves and live to their full potential. 🤦🏿‍♀️

Surely, the only way one can stay wealthy is not to live in the past. It's to be a part of the revolutions. Get into new money waves, that's after they have done their research, and get on board.

Life is changing so fast and I know people want things to stay the same. However, it will only speed up with the move toward the digital world. I think a lot of things will change and it will come by fast.

Not everyone still wants everything to stay the same, I just feel we have a bereaucratic setting in place where people would wish things remain the same irrespective of change to time and trend

The world is changing just too fast, and it's great to be living in these days!

Thanks a million, you're right