Bitcoin has a different class of Investor driving the train this time...

Everyone, including myself, likes to use past bull markets in order to get an idea of what to expect this time around.

Normally that might send only slightly useful, however, with bitcoin and the similarity between halving cycles, it's definitely more useful than one might think on first glance.

That being said, this bull market is likely to be different from the past two in one major way... 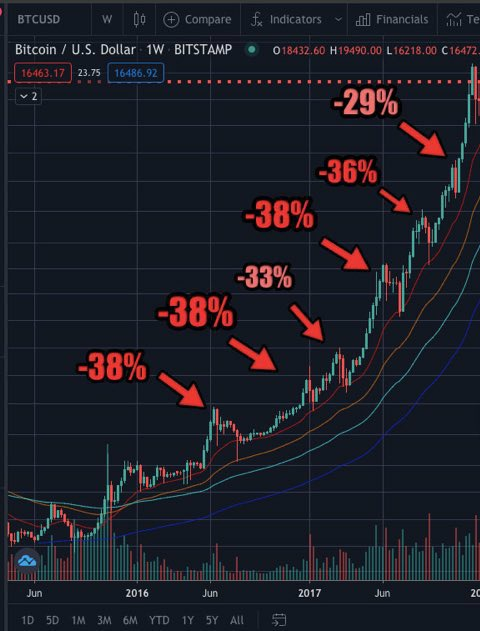 Overall there were 8 corrections of 24% or more, and 6 corrections that were roughly 30% or more.

That is a ton of volatility!

This time things will be different...

Due to the type of investors driving the train this time around, IE institutions with more capital and longer investing time horizons, I think the volatility will be significantly lower.

In fact, the early data is already supporting that assumption.

Check out the corrections thus far in percentage terms: 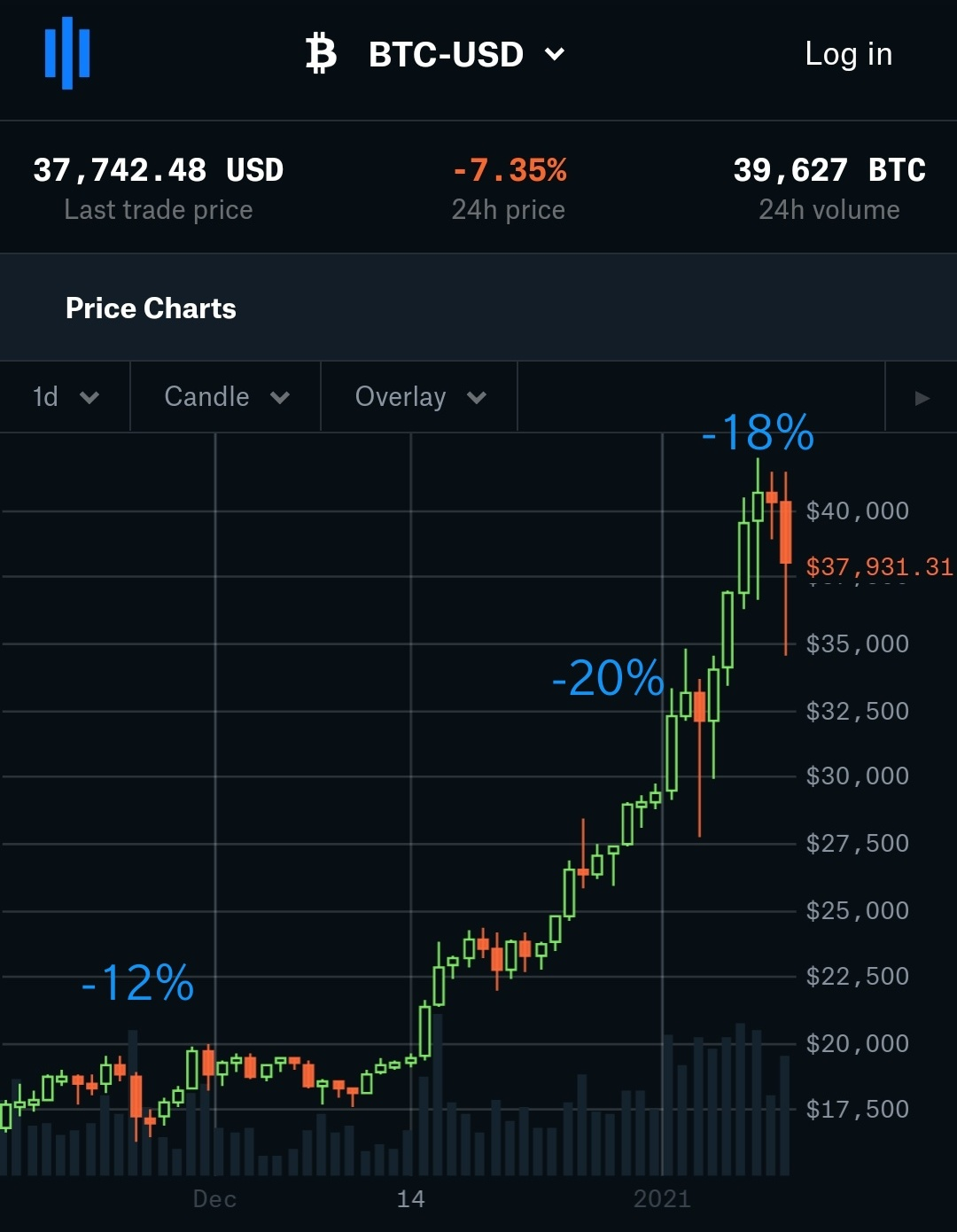 This is exactly what I would expect to see going forward considering that institutions will be buyers on dips, preventing them from being as deep as they were back in 2017 which was mostly retail driving the train.

Overall, this will be a good thing in terms of less volatility but it also means if you take profits you will have less opportunity to get back in...

The train has left the station and we have a different class of investor in the driver seat.