Bitcoin on track for strongest month since May of 2019

If it seems like this month has been gangbusters for bitcoin, that's because it has!

We are getting close to historically great when talking about the returns seen during the month of December.

In talking percentage gains, this month is shaping up to be the best month since May of 2019. 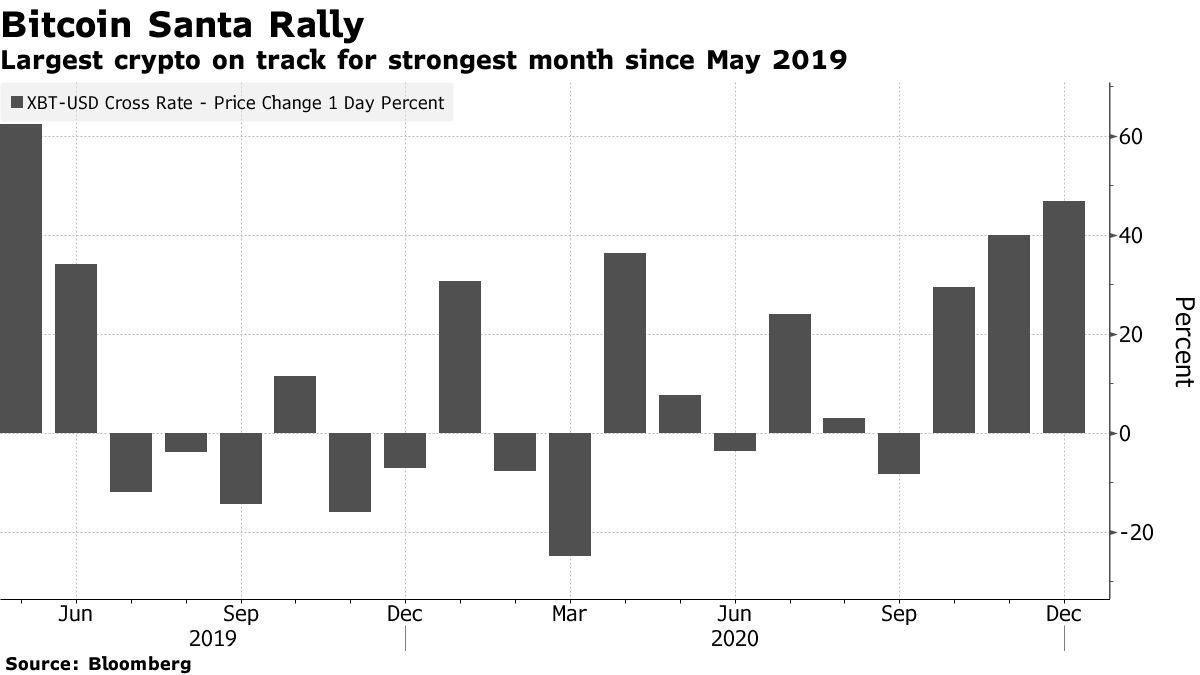 Bitcoin is up roughly 50% in this month alone and showing no signs of slowing down as it makes its way towards $30k.

However, in dollar terms bitcoin has never gone up more than it has during the month of December as it's added hundreds of billions to its market cap.

While many in crypto don't really like Ripple and XRP, most don't want to see it fail, especially considering what the fallout might entail for the rest of the altcoin space.

However, money pouring out of XRP may very well be helping to push bitcoin higher.

When someone sells XRP, they are usually selling it for bitcoin or tether.

And Ripple is seeing a historic destruction of value that rivals some of the biggest financial collapses in our nation's history: 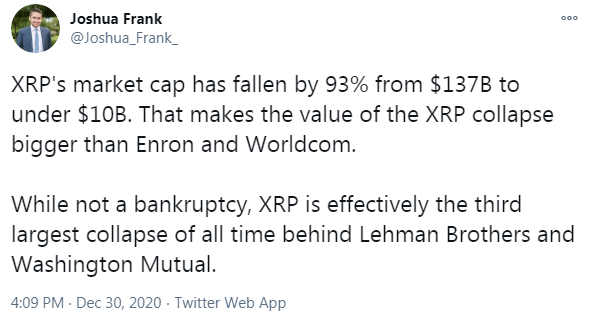 While I don't think it is predominately XRP outflows that are pushing up bitcoin prices, is certainly isn't hurting it.

Altcoins in general (outside some of the select large caps) have seen rather large outflows ever since the SEC/Ripple news broke which is likely helping propel bitcoin higher.

Plus we have the dollar continuing to make new lows just about every day, all of this is putting a major bid under bitcoin.

Hopefully for HIVE etc, we see a favorable outcome with the SEC/Ripple lawsuit, if we do I imagine many altcoins would respond very favorably.

It certainly has been a great time to be holding BTC. I think it is a bit premature and potentially foolish to be dumping alt bags because of the SEC thing, but that is just me. I think in the end it is all going to work out okay for us. I guess that is just the optimist in me.

Yea I am not dumping any of mine, but I hope I am not kicking myself a few months from now...