Long story short: Bitcoin has a ton of runway left

The bitcoin cycles have been extremely predictable since bitcoin was created, for that to change now would be to expect something different.

Those of you involved in finance know that is a very dangerous game.

Bitcoin is pretty much exactly where it should be price-wise in its current halving cycle.

Here is compared with the previous halving cycle: 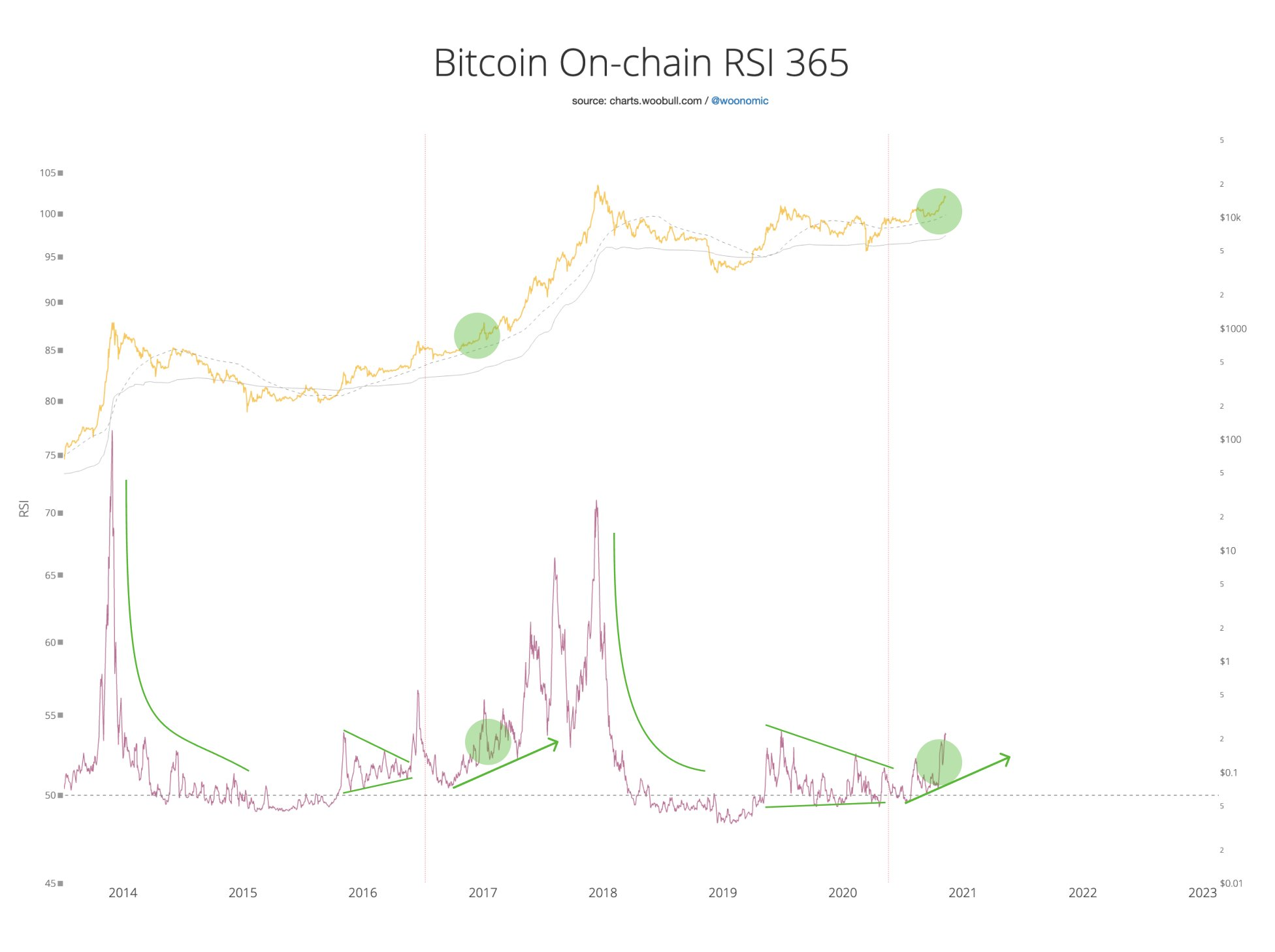 A quick look at the chart above shows that we probably have about 75% of our move left still ahead of us.

It points to a peak somewhere near the end of 2021 and at prices several multiples of where we are today.

But how do we get there?

It's fun to look at all these charts and throw out these extremely high price targets but at the end of the day it is going to take real money coming in to move the price.

Especially to move the price by the hundreds of billions we are talking about.

Where is that money going to come from?

It gets pretty easy to see where that money is going to come from when you see things like this from Grayscale alone:

In the last 24 hours alone, Grayscale added over 7k bitcoin.

That equates to north of $112 million just in the last day.

When you see days like that it gets pretty easy to see where the money is going to come from...

The majority of inflows into Grayscale are from hedge funds and institutional investors.

Bitcoin could easily pull 15% from the gold market and that would be 5x from the current price, even more actually considering that every dollar into bitcoin equates to a couple dollars gained in market cap...

Which means 15% coming out of gold could equate to 7x plus from the current levels... and that is just the gold market.

Don't forget about the other multi trillion dollar store of value markets which will undoubtedly bleed into bitcoin.

Taking this into account, it starts to become clear where the money is going to come from and how easy it will be for bitcoin to reach some of these seemingly lofty predictions.