It may not seem like it because Bitcoin is the only one going up right now, but money is pouring into crypto...

Why do I say that you may be wondering?

Well, one of the best proxies for new money entering crypto is tether creation, and new tethers are flying of the shelves so to speak.

As I type, the total market cap of Tether is now almost $18 billion, which is another new all time high: 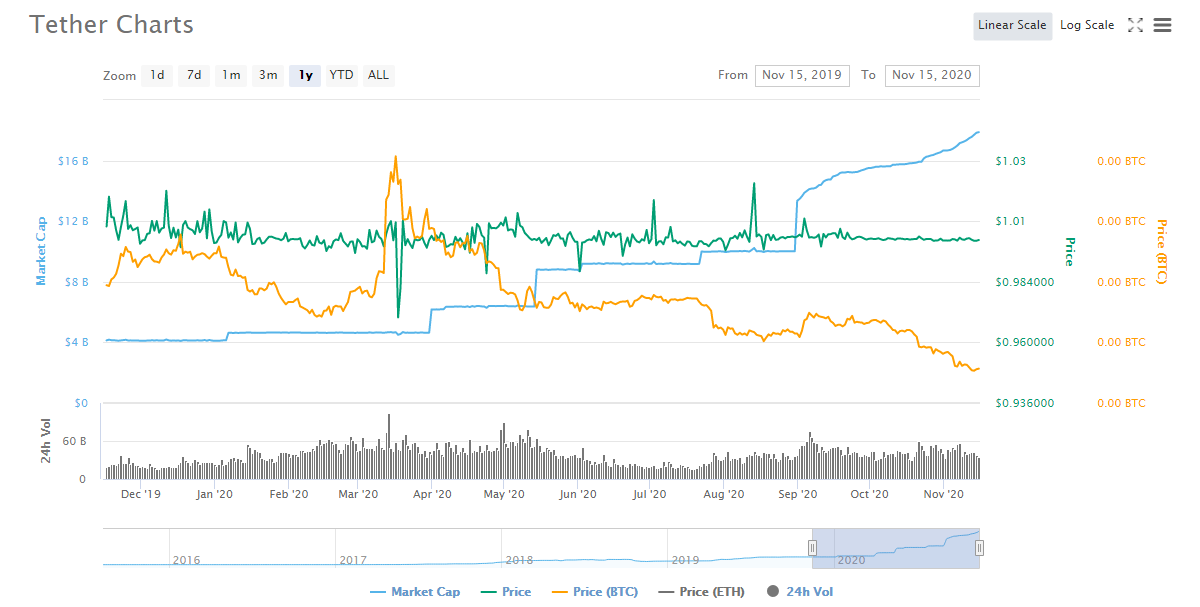 We saw a huge spike in tethers back in September and the trend has been higher ever since.

When you combine that with the big increase in bitcoin's market cap as well, it's pretty clear that billions in new investment has flowed into crypto.

Paying attention to new tethers can be a helpful early indicator of where bitcoin prices are heading.

While the correlation hasn't been rock solid recently, there has certainly been a trend in the past.

Bitcoin tends to go up when tether supply is increasing...

Which is exactly what we are seeing right now and is indicative of new money flowing into the market.

This isn't just good news for bitcoin, but it's also great news for altcoins...

Altcoins have had trouble getting any kind of momentum over the last couple months but the trends I mentioned above may mean that their lack of participation will be short lived.

It won't take much of that money currently parked in tether or bitcoin moving into alts to really get their prices headed skywards.

Based on what happened back in 2017, it may take bitcoin making new highs before altcoins really start participating in the party.

That may happen as soon end of this year or early next year, not to mention that seasonally altcoins tend to perform well in the early part of the year historically.

New money is flowing in and crypto prices are going to go much higher.