Daniel Larimer resigns from Block.one and starts posting on HIVE

The CTO of Block.one and former creator of Steem/Steemit announced his resignation today

Daniel Larimer(@dan) posted a blog post on Voice today announcing his resignation as CTO of Block.one. 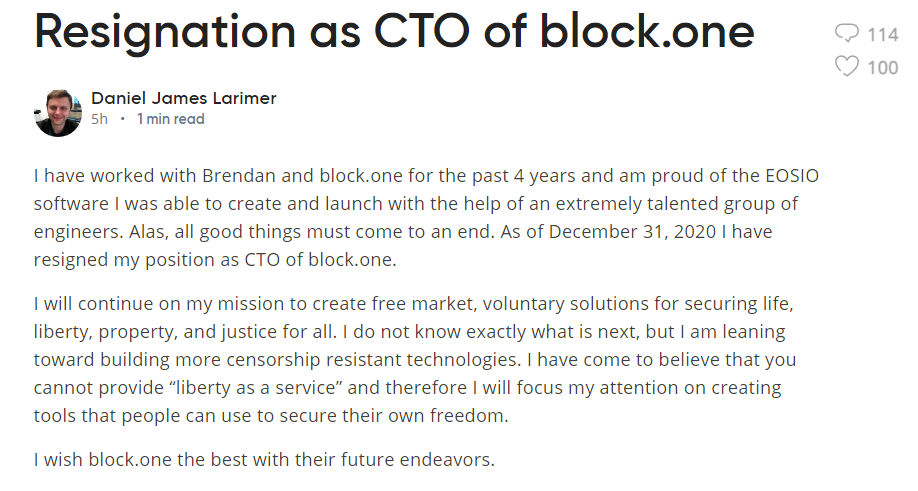 While the news by itself is significant, there was also another aspect to this announcement that wasn't lost on me...

The same day that Larimer announced his resignation as CTO of Block.one, he also started posting blog posts on Hive.blog as well... 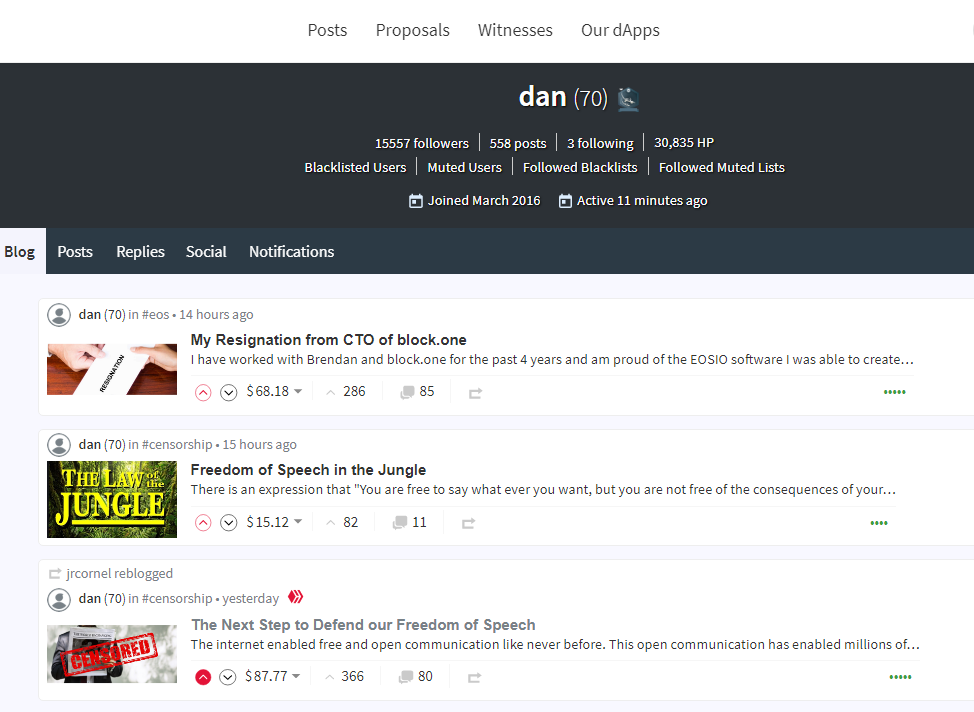 Outside of one random post several months back, these are his first posts on Hive/Steem in several years.

Does this mean Dan is back?!

While only Daniel Larimer can answer the question as to whether he is back now or not, some of his comments indicate that he may start participating on HIVE/hive.blog more often going forward...

For example, he left several comments indicating that he thinks HIVE is probably the best current option for censorship resistance:

While that by itself is great news for HIVE as Dan has quite a large following and many fans out there, it wasn't entirely clear if he would be building anything on HIVE or utilizing HIVE in any way going forward.

My sincerest hope is that Dan does plan on sticking around and building what he thinks the world (and HIVE) needs.

He's a brilliant mind and I for one am glad he's back posting again on HIVE.

Glad to have you back @dan!