Grayscale back to soaking up all the supply

One of the main reasons that bitcoin has been moving up so much over the last several months is due to a major supply crunch.

Grayscale has been sucking up just about all the available bitcoin out there for months and months, and after a brief hiatus, they are back at it again.

Grayscale added another 2,612 bitcoins over the last 24 hours: 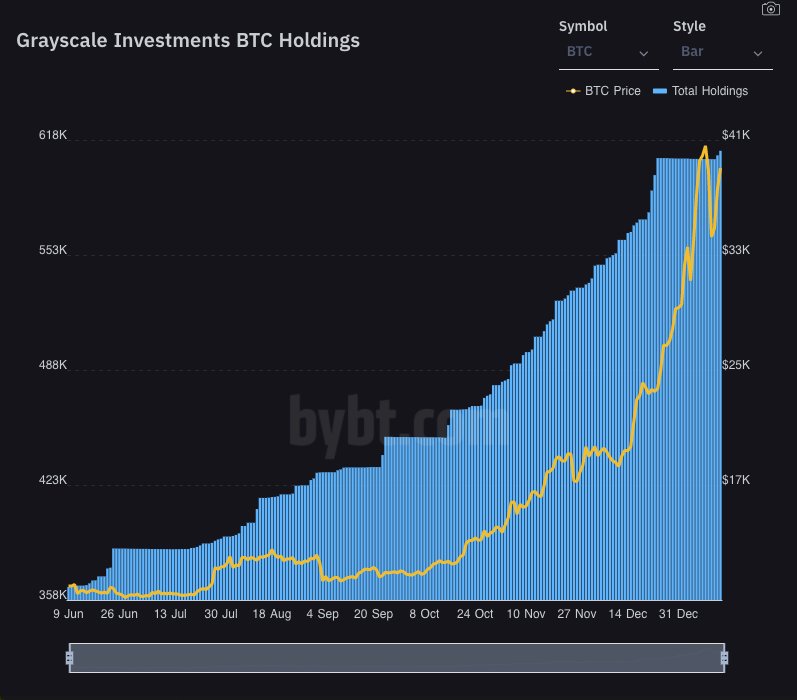 For some context on that number, that is almost 3x the number that was mined over the last 24 hours.

And those 2,612 bitcoins equates to a shade under $100 million at current prices and brings their total assets under management to roughly $24 billion.

Grayscale is the best game in town...

If you are a large investor that wants to get into bitcoin, Grayscale is the best game in town.

The play is to buy bitcoin in the spot markets and then transfer it over to Grayscale and do an in-kind exchange.

Where you exchange your bitcoin to an equivalent amount of shares.

The beauty here is that the shares you receive are priced at NAV while the shares trade in the secondary market at a 30% premium.

That means that anyone exchanging their bitcoin for shares of GBTC could in theory gain 30% on their money even if bitcoin doesn't move.

It's not something that will last forever and is a big reason why so much bitcoin is flowing into Grayscale these last few months.

Hedge Funds and the like that want exposure to bitcoin found a way to juice those bitcoin returns with relatively little risk.

Either way, it removes supply off exchanges and makes it easier for the price of bitcoin to go higher, something that I don't see changing any time soon with that premium not going away.