Grayscale continues to gobble up all the available Bitcoin

In a recent post by Grayscale, and subsequent filing, they revealed that they now hold over 500,000 BTC.

Their announcement can be seen here: 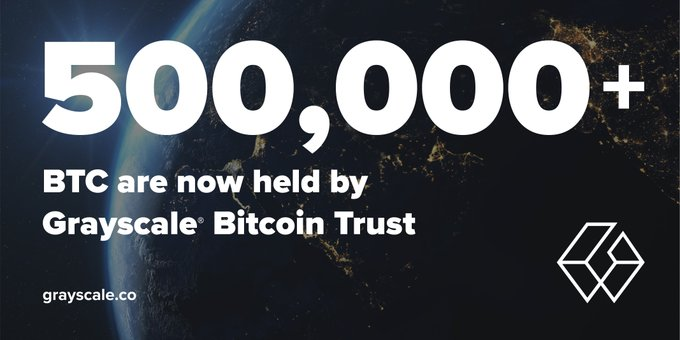 All things that make you say, wow!

Grayscale also released a filing showing all their assets under management, including the amounts they hold in other crypto investment trusts outside of bitcoin.

The filing can be seen here: 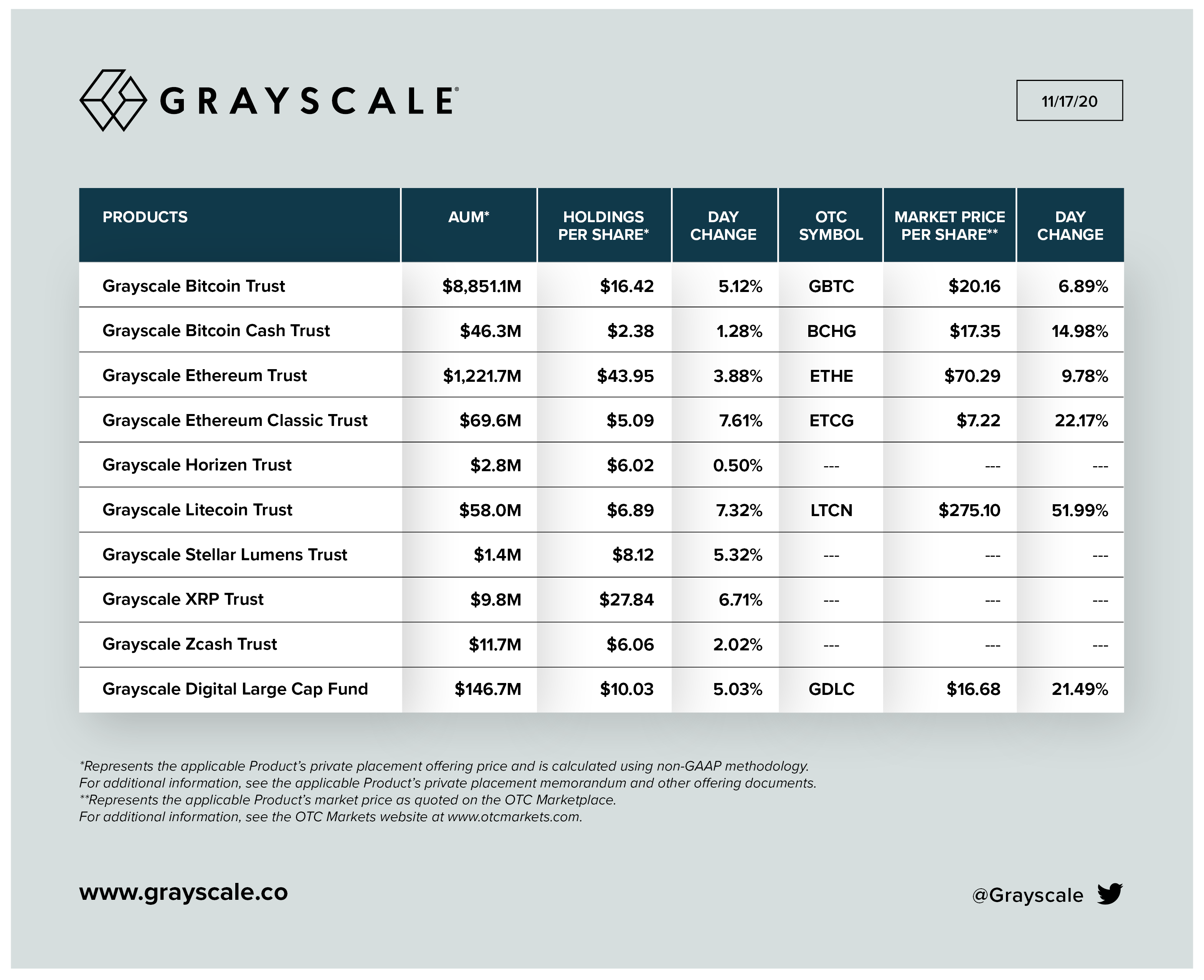 The total amount of assets under management at Grayscale now exceeds $10 billion.

When they launched this fund several years back I don't think in their wildest dreams they every would have thought it would be worth more than $10 billion in less than a decade's time.

On that note, it's probably about to be a lot more valuable in the near future as bitcoin looks like it may have a blow off top of sorts here in the next couple days or weeks.

It is basically going straight up right now with no pullbacks to speak of.

I would not be surprised to see a big surge followed by a decent sized correction before it ultimately builds back up for the next leg higher.