In the last month 145k BTC was pulled off of Exchanges, Moon Time on the way!

Bitcoin continues to be pulled off Exchanges as the price rises...

In what continues to be counter-intuitive to most, bitcoin is being pulled off of Exchanges as the price of bitcoin continues to rise.

Normally when the price of bitcoin goes up, coins flock to exchanges in order to take advantage of the rising price.

However, the exact opposite is going off currently.

In the last month along we have seen roughly 145k bitcoin pulled off exchanges as the price of bitcoin has surged. 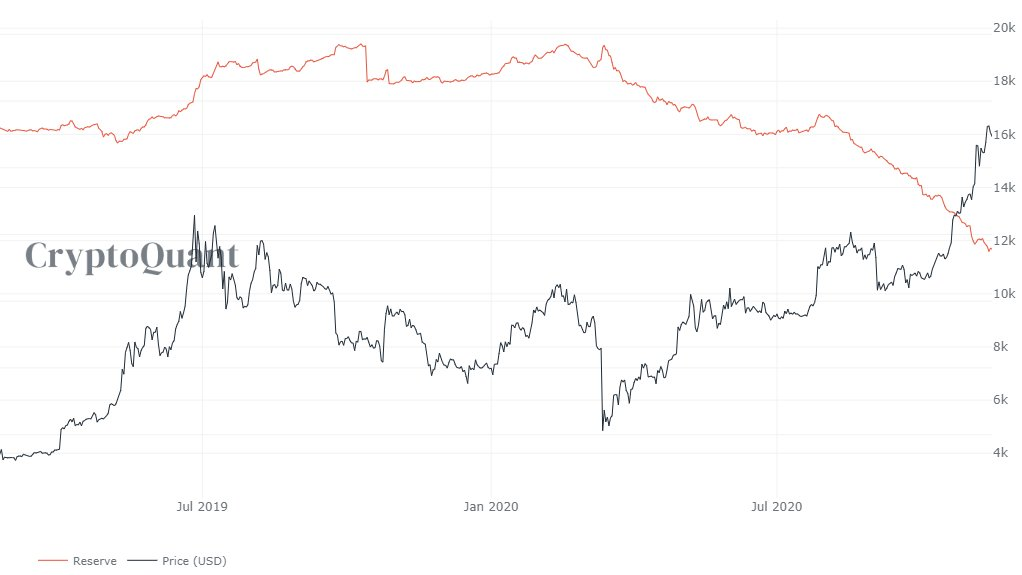 As you can see, the trend of bitcoin being pulled off of Exchanges is something that has been going on for months.

The number of bitcoin sitting on Exchanges peaked in early 2020 and has been all downhill ever since.

That 145k bitcoin may not mean much to you, at least without some context.

During the last month while 145k bitcoin was pulled off of Exchanges, only 27k was mined during that time period.

Miners are historically the largest net sellers of bitcoin just about every month.

Given that they likely send a big portion of whatever they mined to Exchanges, that means that even more bitcoin previously sitting on Exchanges left.

I don't have a great answer as to why this is happening beyond the obvious that some of it is going to decentralized exchanges and defi etc.

What's interesting is that this exact same thing happening during the early part of the big BTC bull run in 2017.

Add this to the long line of items all playing out in a similar fashion to how they did back in 2016-2017.

My guess is this is due to large institutions snatching up every available bitcoin on exchanges and moving it into cold storage so to speak.

Knowing that in doing so they can squeeze the price higher...

Welcome to the big leagues bitcoin, the big boys are going to manipulate you as high as they possibly can!