It's not time to sell Bitcoin, yet...

There will come a time to take some profits on Bitcoin, but we aren't there yet

There is one indicator that has been pretty reliable in terms of predicting tops in the bitcoin market.

The only 'top' that it missed was the one back in July of 2019 where bitcoin topped out around $14k.

However, in terms of post halving bull market rally tops, it's been extremely accurate, and so far, the alarm bells are not sounding that we are there yet.

The indicator that I am referring to is the MVRV Z-Score. 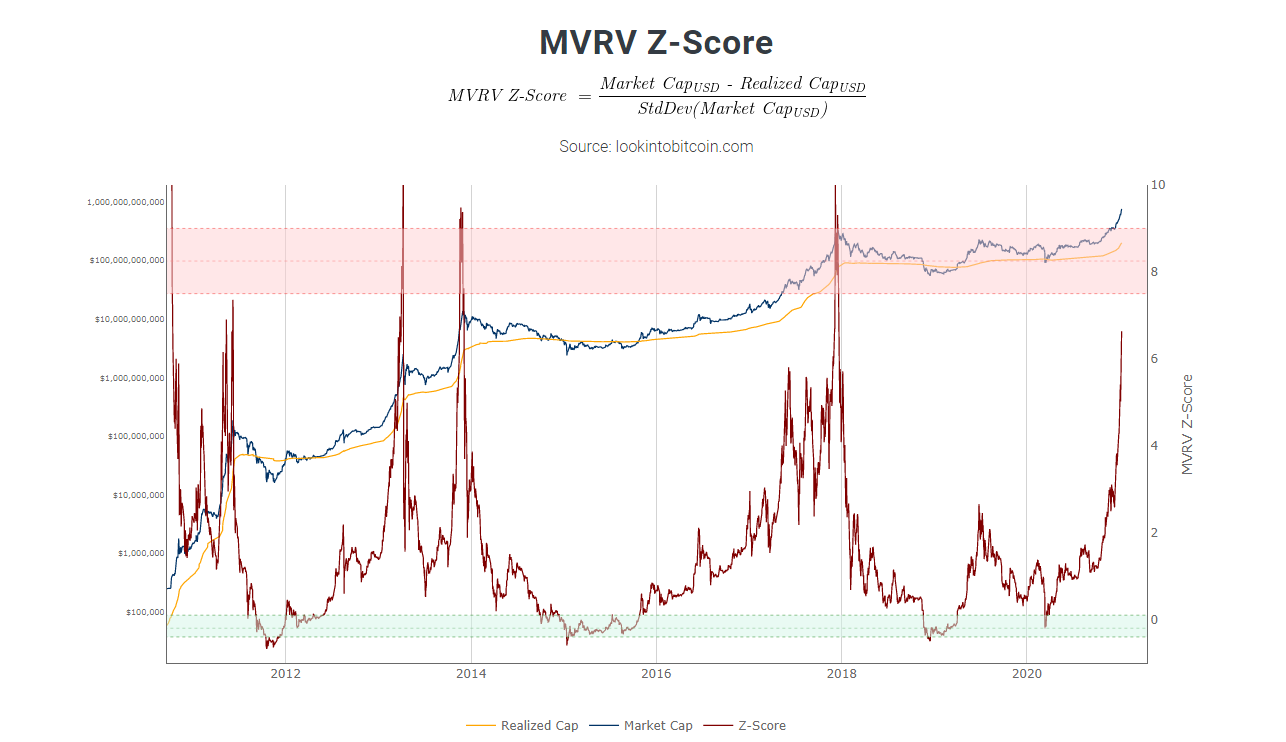 As you can see, the MVRV Z-Score has been an extremely reliable indicator in terms or predicting market tops.

The MVRV Z-Score is obtained by taking bitcoin's market cap and subtracting it's realized cap and then dividing that number by the standard deviation of its market cap.

In layman's terms it can be defined/explained as follows:

The important thing about this metric is what it tells us in terms of predicting a top.

Basically, looking at the chart above, anytime the MVRV Z-Score gets to the red zone, we are at or near the top.

It's accurately predicted most of the major tops in bitcoin going back almost a decade.

Once we get to the red zone it may be time to start locking in some profits, but we are still a ways from there based on the most recent MVRV Z-Score.