The biggest news that nobody is really talking about...

Several days ago, FOX News put out a piece saying that Mayor of Miami was looking at making a big bitcoin bet.

The idea behind the investment was that it would make Miami a crypto hot bed and attract all sorts of tech companies, which would likely be a big boon for the local economy.

The original news piece can be seen here:

Some of the more notable quotes from the Mayor:

“We want to be one of the most crypto-forward and technological cities in the country. So we're looking at … creating a regulatory framework that makes us the easiest place in the United States to do business if you're doing it in cryptocurrencies.”

“I want the creative and the innovative class to come here and create high-paying jobs for my residents."

“Bitcoin's a very attractive investment and we are looking at diversifying our investment portfolio and holding a percentage of investments in bitcoin."

That last quote is probably my favorite part of all of it... "it's only going to go up". 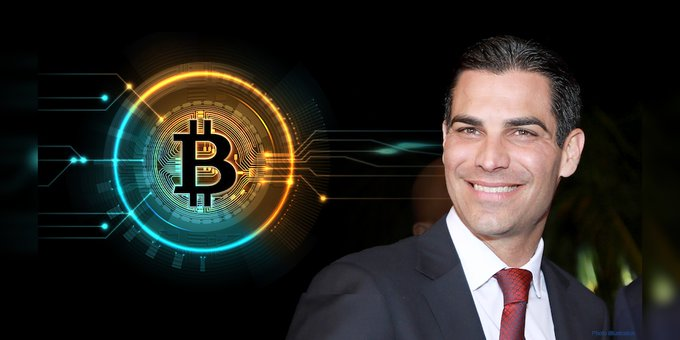 In all seriousness though, this is probably just the beginning of governments getting involved.

It will take a couple local governments making the move first, and it will pay off big time. This will work like a chain-reaction or dominoes falling, where other governments will see how well it worked and they will want to get involved.

This is exactly what happened with billionaires getting involved. We had a couple jump in, make a ton of money, then others started kicking the tires on bitcoin and making their own bets on it.

Before you know it we will have many local and state governments starting to buy bitcoin, which will eventually spill over into other countries buying and holding bitcoin.

Eventually the Federal Government will probably get on board as well, though I suspect they will be one of the last to make the move.

The way I see it, bitcoin will eventually work as a settlement layer for central banks transactions and work as a backing of fiat currencies.

It is something that every other currency can be priced in without giving one country direct control over it.

You want to print more dollars without your currency being debased? That's fine, just hold more bitcoin to back it!

We are a ways off from that, but this is like the start of governments getting involved and CBDCs will probably only accelerate this move.