These things are starting to become commonplace at this point!

The final total is in, and MicroStrategy is going to buy even more bitcoin than they initially expected...

First they planned on buying $600 million worth, then it was adjusted to $900 million with the option for slightly more, and now the final tally is in and they raised $1.05 billion to buy more bitcoin 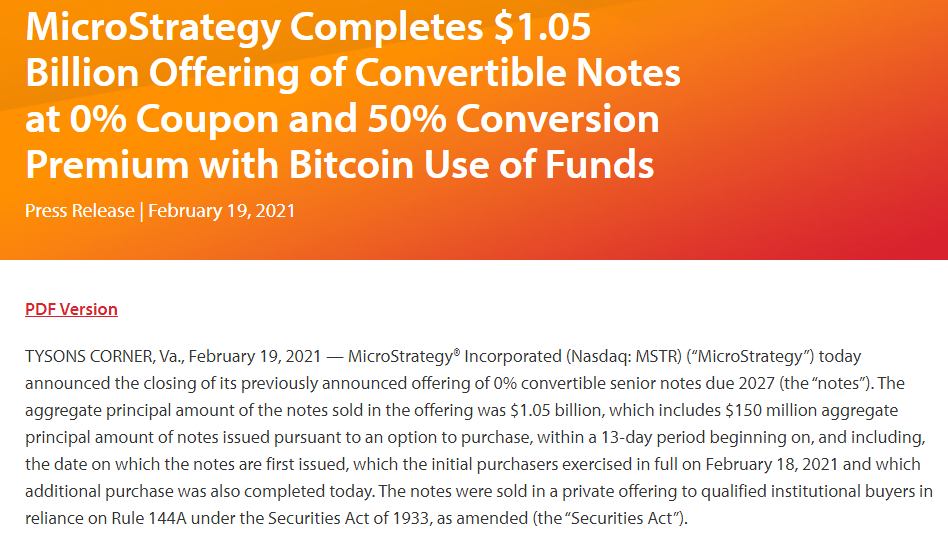 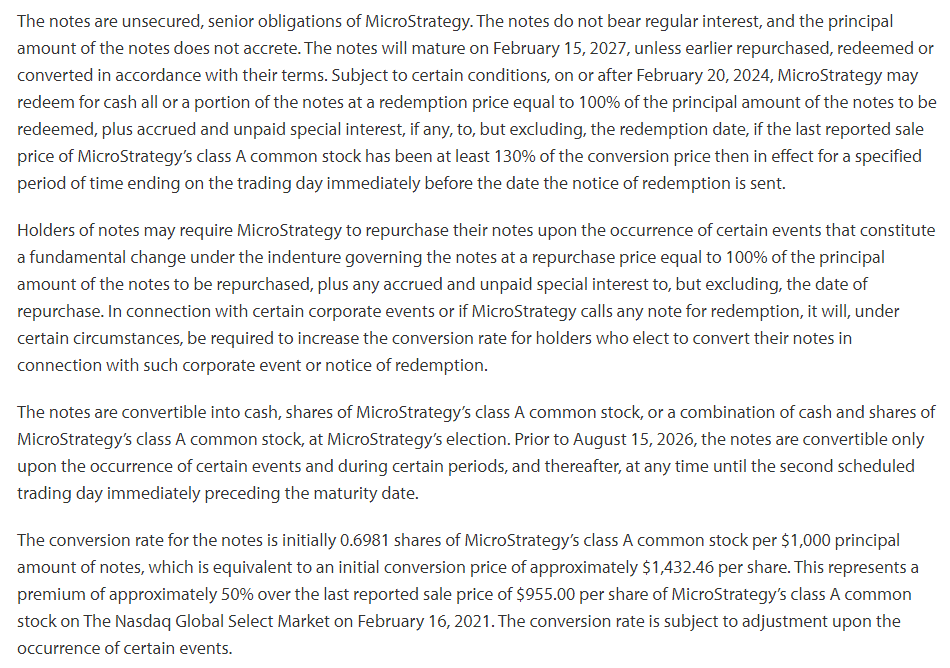 That money already being put to work?

In an earlier release MSTR said they planned on using the proceeds to buy bitcoin and the plan was to buy it as soon as the offering was completed.

Well, that was about about 12% ago in terms of the price of bitcoin, but judging by the price action today, it looks like they may already be putting that money to work anyways...

Bitcoin is up to $55k currently, another new all time high.

Bitcoin was trading around $48k at the time MSTR made the announcement they were going to do another convertible debt offering to buy more bitcoin.

Not much standing in the way now for even higher prices to come.

Elon Musk is also doing his part with a couple tweets today talking favorably about bitcoin: 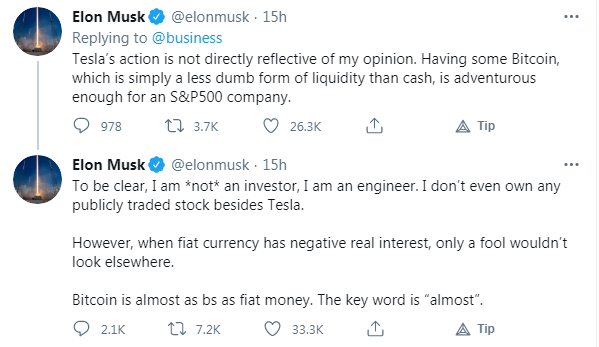 Though, I'd actually make the argument that those tweets weren't nearly as bullish as they coulda/shoulda been... Perhaps the watchful of the SEC is keeping him cautious.

Which leads me back to MSTR and their convertible debt offering...

I guess they will keep doing this as long as their is market demand, and judging by the fact that they kept raising the offering tells me that there is still plenty of demand there.

I have to wonder though at what point does the SEC step in and say enough, as the company is already now a bitcoin holding vehicle as opposed to a technology company, which I am sure the SEC doesn't like.

We are likely to get a bitcoin ETF later this year, but in reality we have one already with MSTR.

If you look at the chart it already trades in lockstep with bitcoin and has less of a management fee than GBTC.

Looks like my call yesterday of bitcoin getting to $55k in short order turned out to age pretty well... :)