MicroStrategy now plans on buying roughly $1 Billion worth of Bitcoin!

MicroStrategy won't stop until they are the largest Bitcoin HODLer in the world!

MicroStrategy announced yesterday that they would be doing (another) convertible debt offering to the tune of $600 million in order to buy more bitcoin.

More on that announcement can be seen here:

The idea was that they would sell convertible debt that could be converted to shares of MSTR stock or cash with the proceeds being used to buy more bitcoin.

It's a controversial move that they've already done one time prior:

However, is this wasn't enough, after making the announcement yesterday morning, they came out today and said they upped the $600 million offering to $900 million with the possibility of being filled north of $1 billion USD: 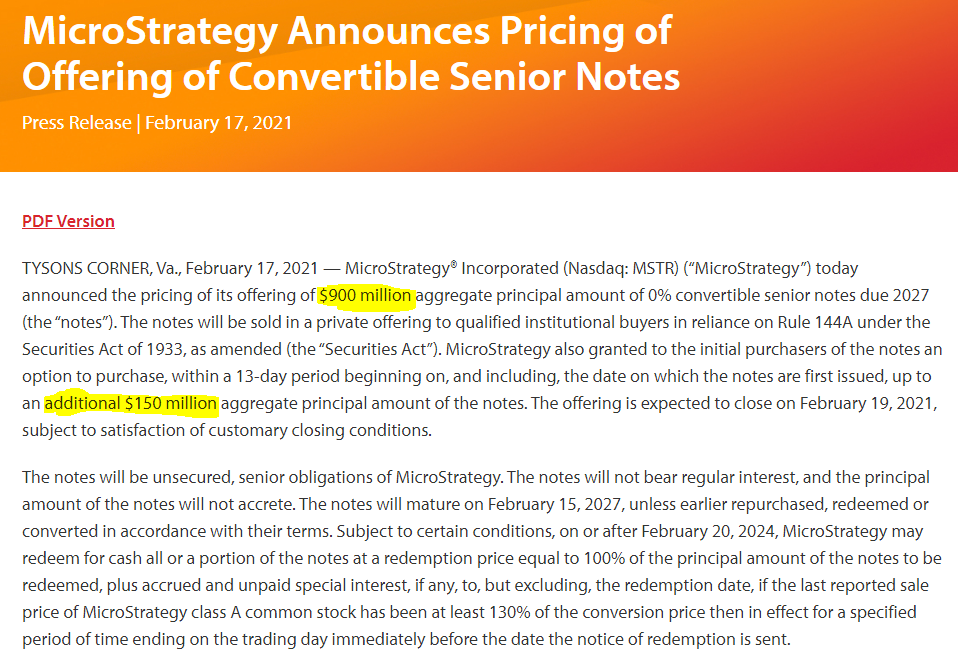 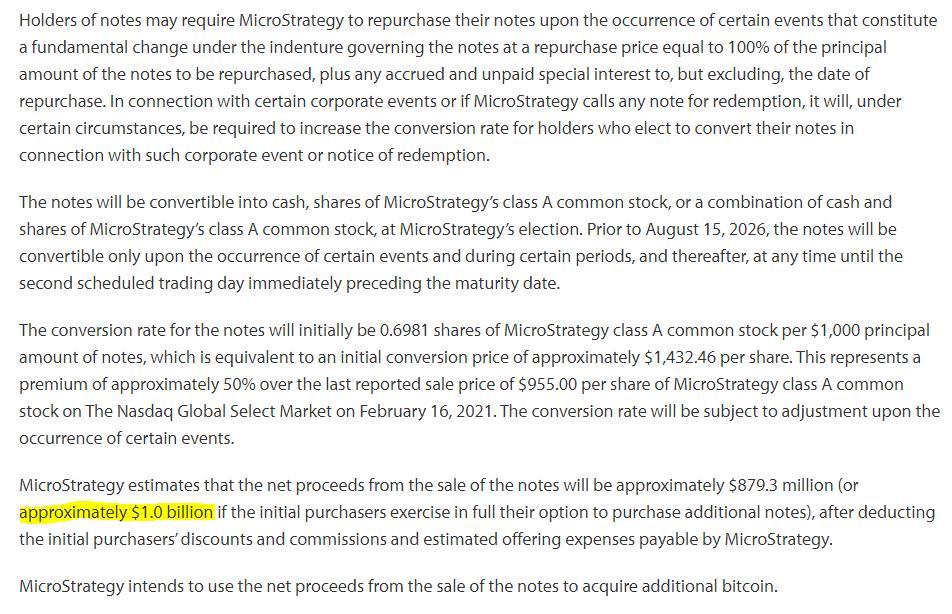 Again, with all the proceeds being used to buy more bitcoin...

Another $1 Billion coming into Bitcoin shortly...

The offering mentioned above is expected to close on Friday of this week and the proceeds expected to be invested into bitcoin shortly after.

We could see another $1 billion flowing into bitcoin as soon as this Friday.

Say what you want about Michael Saylor, but they are telegraphing their moves before they even do them so there is no risk of regulators saying Saylor is talking up an investment after he buys it.

Which is a very smart thing to do at this point.

A big part of the bull case for bitcoin is coming at the expense of gold.

We knew that money may flow out of gold and into bitcoin, but just looking at the charts it looks like it's already been happening. 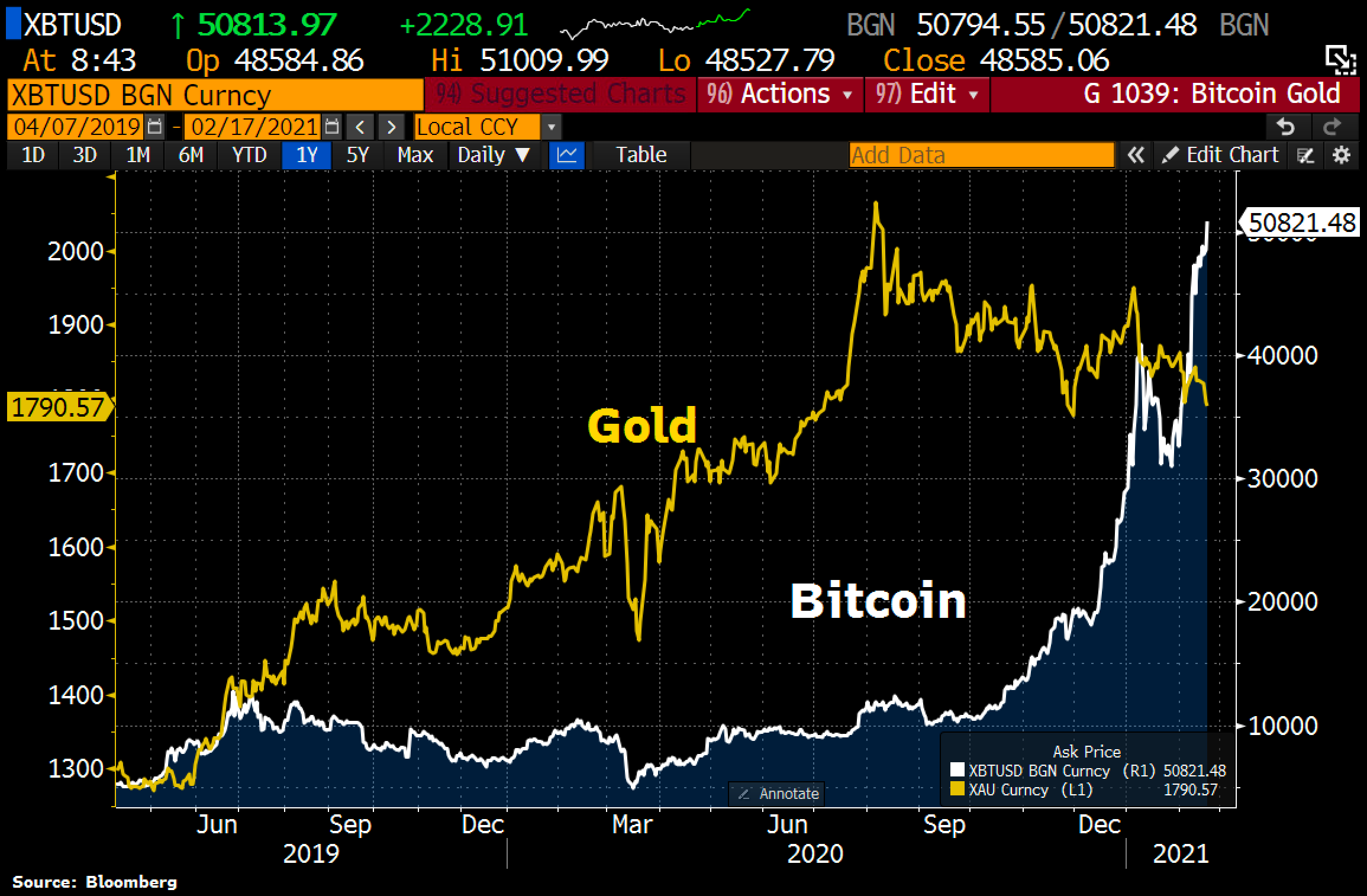 Gold peaked back in August and has been declining basically ever since. Peaking over $2k and now trading under $1800 an ounce.

Bitcoin was around $12k at the time gold peaked and is now trading at $52k.

Anyone holding gold needs to seriously reconsider as I think this trend is going to continue over the coming years.

Gold has a place, but the store of value money in there is going to be moving to the better alternative, bitcoin, and Michael Saylor is going to do his part making sure that happens. 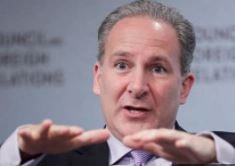 :D.. I mean he will tell us all "I told you so" when BTC comes crashing down from a couple of 100ks, but he doesn't get the fundamental value attached to cryptos

Anyone holding gold is going to get smoked over the next 5 years, even as the dollar is debased.

Michael tweeted that the first time his company bought Bitcoin, Gold was "rallying". I think for Michael, holding as much Bitcoin as possible means he's keeping his investment in stronger hands(his) and will increase it's resistance to sell pressure.

I wonder what his end game is, MSTR made a 7 million loss in 2020, I am pretty sure they have been so focused on buying BTC they're not exactly ramping up improved products, will be interesting to see what their Q 3 earnings look like.

My concern here is so what if his got 2 billion in BTC, if the company keeps posting losses whats the point? He can refi the debt but eventually if his not making earnings, he has to dump the balance sheet assets.

Taking a brief look at the financials it looks like they have been cash flow positive the last few years except last year and that was only because of a very large "other income expense". No idea if that was a one time thing or not without digging deeper, but the company appears to generate a profit outside of that.

Irregardless, perhaps he's making his company a bitcoin holding vehicle. He can sell more shares at higher prices to raise capital any time he wishes. I go agree that it's a unique situation and at some point he won't be able to do these debt offerings, but for now, there is plenty of demand for them.

Definitely agree that part of gold investment is going to BTC, but it might be the case for any single asset in this world at the moment haha.
I'm not sure gold reached the peak of its bull run yet, I think there is a big hike to be seen in the coming year(s).
PE ratio of gold mining are being cut by 2 to 5, this will be a horn call for plenty of investors.

The dude's got balls, no question. Definitely putting his money where his mouth is. Of course it doesn't hurt that he's already 3x on the first batch and over 2x on the second. Plus, he bought a few at $31k on the dip. He said he used to wake up in a cold sweat worried he wasn't going to be able to buy all he wanted. I dare say those days are over. Now he just wants to rule the world.... :-)

I saw this the other night and I got pretty excited. I also saw something about Blackrock maybe making some moves in this direction as well. That could be huge.

This guy Michael Saylor is not a bull, he's a locomotive! :)

He is starting to border on crazy isn't he... if bitcoin doesn't succeed, his company is probably toast.

Yup, he's betting a lot on bitcoin. Buying on debt at these prices, wow, that's bold! Either that or plain simple visionary among his peers.

Michael Saylor is not playing cowboys and indians.

I hold gold only to have something to provide paper cash for groceries during those dips that make it so hard to sell my crypto. I sold gold instead of bitcoin when bitcoin was at $39k - that is how sure I was that we would fly through the $50k mark.

So far looks like the right move. That being said... I could see gold bouncing here at some point. It's technically getting to oversold territory on the charts. However, it will greatly under perform bitcoin on most time frames for the next 5 years.

Where I live there are no IRAs but we have something similar that allows us to invest in stocks. That is, tax-deferred investment accounts that allow retail investors to invest with a long-term perspective without having to pay taxes every year on their investments and thus allowing for their gains to compound faster.

Bitcoin is an ideal vehicle for investing using such an account because of its cyclical nature that involves 85% corrections during a bear market and 100x gains during a bull market.

Exactly. You can buy GBTC in a self directed retirement account.

Microstrategy is bullish on BTC and seems like they want to have their bigger holding in Bitcoin. Looks like this is the reason for the bitcoin price spike