The institutionalization of Bitcoin will likely continue into the coming years

A new research survey put out by Gartner Inc, indicates that roughly 16% of corporations surveyed plan on adding bitcoin to their balance sheet in the next couple years, while roughly 5% indicated they planned on adding bitcoin this year.

While that may or may not sound like a large number, depending on your perspective, it does represent institutional demand that is likely not currently reflected in the price.

And that number may start to climb depending "on what others do".

The survey polled 77 executives from different companies with the majority of those surveyed being CFOs (50 of the 77).

The concerns that the executives had towards holding bitcoin were as follows: 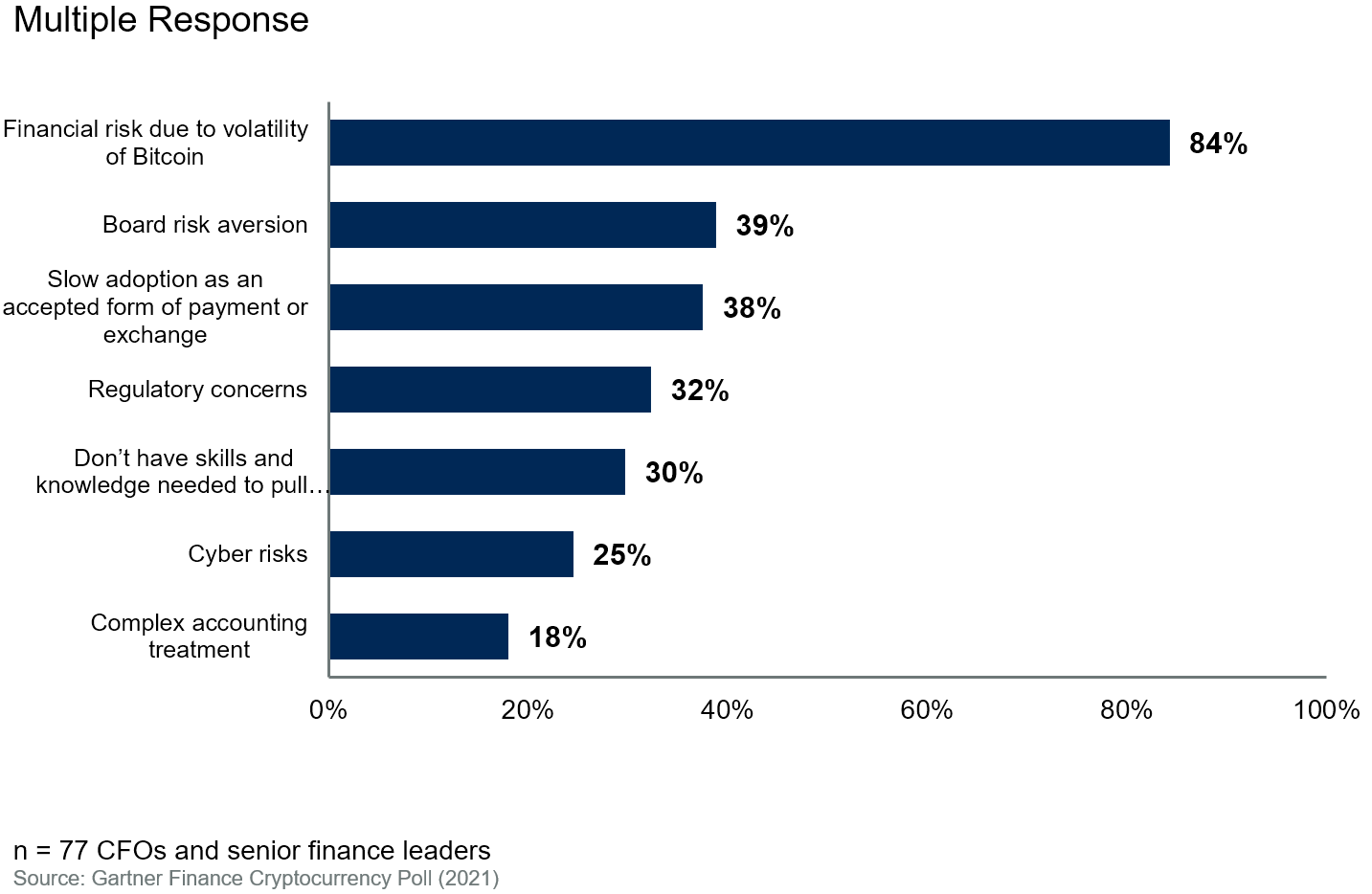 Not surprisingly, the volatility of bitcoin was the major issue among those not wanting to hold bitcoin on their balance sheet.

That was followed by board aversion, slow adoption, and regulatory concerns, respectively.

Herd mentality may change the results...

While only 5% said they were going to add it to their balance sheet this year, there was a larger percentage open to adding it in the future.

Roughly 16% of respondents said they willing to adopt the cryptocurrency as part of their organization’s financial strategy but appeared to be in no rush to do so.

The interesting thing about those numbers is that a number of respondents said they would be open to adding bitcoin if many other corporations did as well.

Meaning that if some start taking the leap of adding bitcoin, it may encourage others to do the same, which will likely encourage even more etc etc etc.

That's something I think we are already seeing with publicly traded companies.

As long as they keep being generously rewarded for the move to bitcoin, they are going to keep doing it and it's going to continue to pull others in.

MSTR doing another convertible debt offering is a perfect example of this: