On average, Bitcoin surges 153% after correcting by 30% during the last Bull Market

Bitcoin just dropped by more than 30%, now what?

With bitcoin trading around $30k, some are starting to wonder if the bull market is already over...

My response to that is, if bitcoin continues to follow previous bull market patterns, then it's not over by a long shot!

And so far bitcoin hasn't done anything that leads me to believe it will stop following these patterns as it has followed them almost to a "T", post halving to date.

So, with bitcoin now falling roughly 31%, here's what is likely to come next... 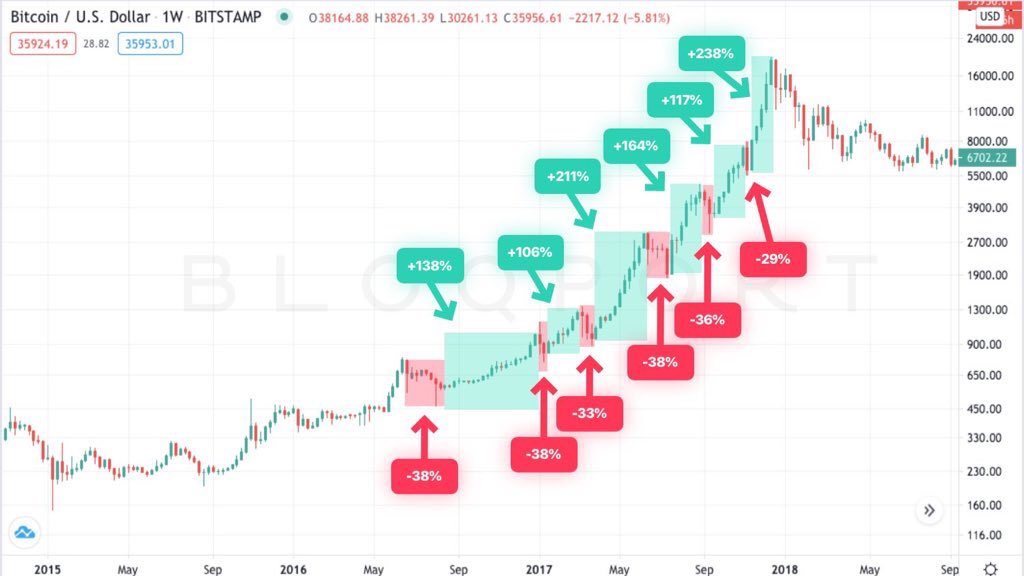 In layman's terms, bitcoin should rally north of 100% from the lows after a correction of roughly 30%.

If history continues to repeat, that means we would see bitcoin peak around $75k after bottoming around $30k before the next major correction.

Will history continue to repeat?

As I mentioned above, bitcoin has continued to track past patterns almost exactly, which leads me to believe it will continue to do so.

The percentage returns may change this time around, but the overall theme implies that after this 30% correction, bitcoin will go on to make a higher high possibly in the realm of 100% higher than the lows of this move. 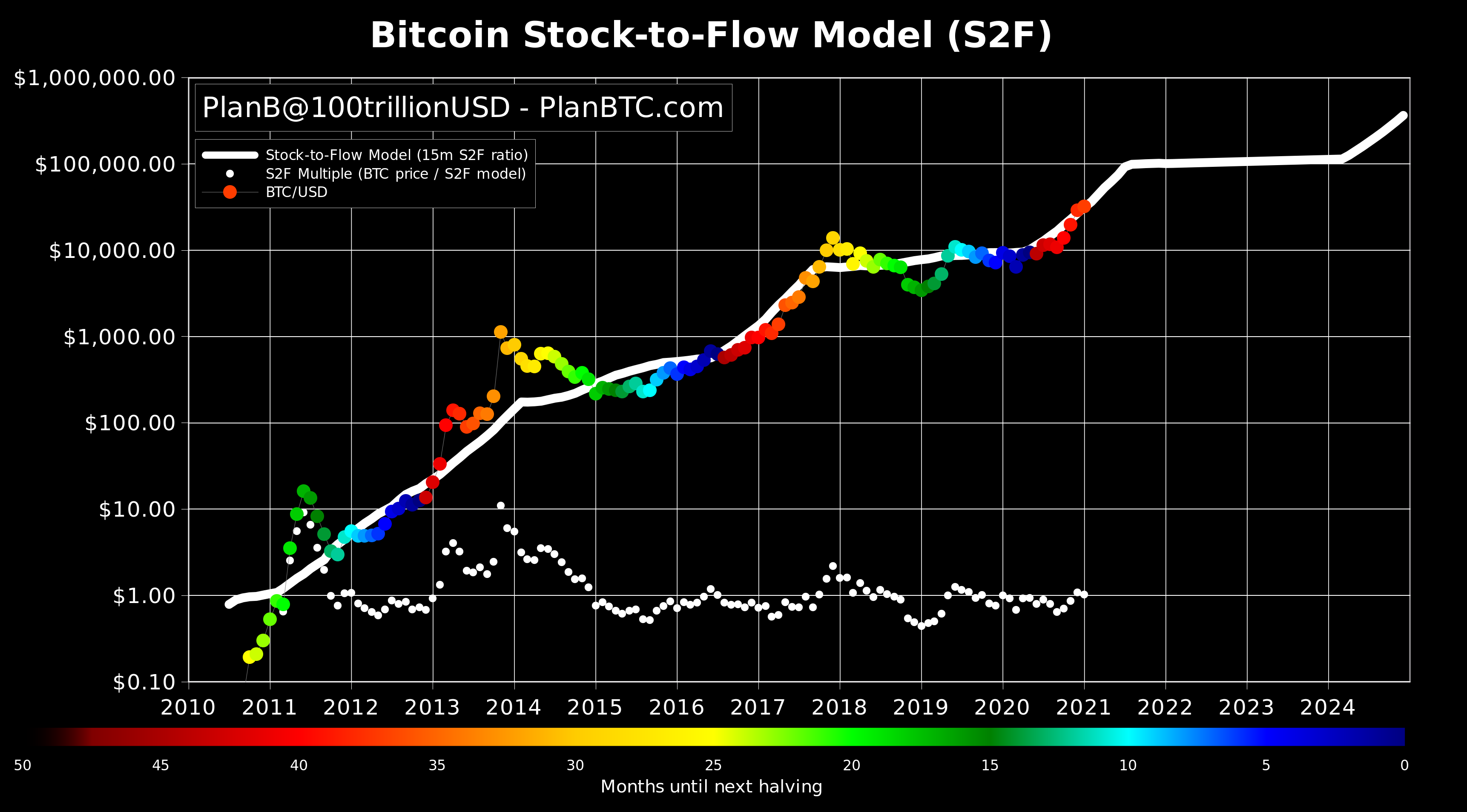 I fully expect this time to be no different.

I was a buyer on the dip today, and I will be looking for roughly 100% gains from here over the coming weeks and months.

Time will tell if that is how it ultimately plays out, but history is on our side and I am going to keep siding with history until it stops working out.

As the saying goes "you ride her till she bucks ya, or you don't ride at all".