If you like fractals, you are going to love this one.

Bitcoin has been consolidating for several days now, and the price action is starting to look eerily similar to what we saw a couple months back.

Which, if you are not familiar, is exactly what fractals are.

It's a previous pattern that occurred that may or may not be repeating itself again.

Anyways, the current price action is starting to look very similar to this: 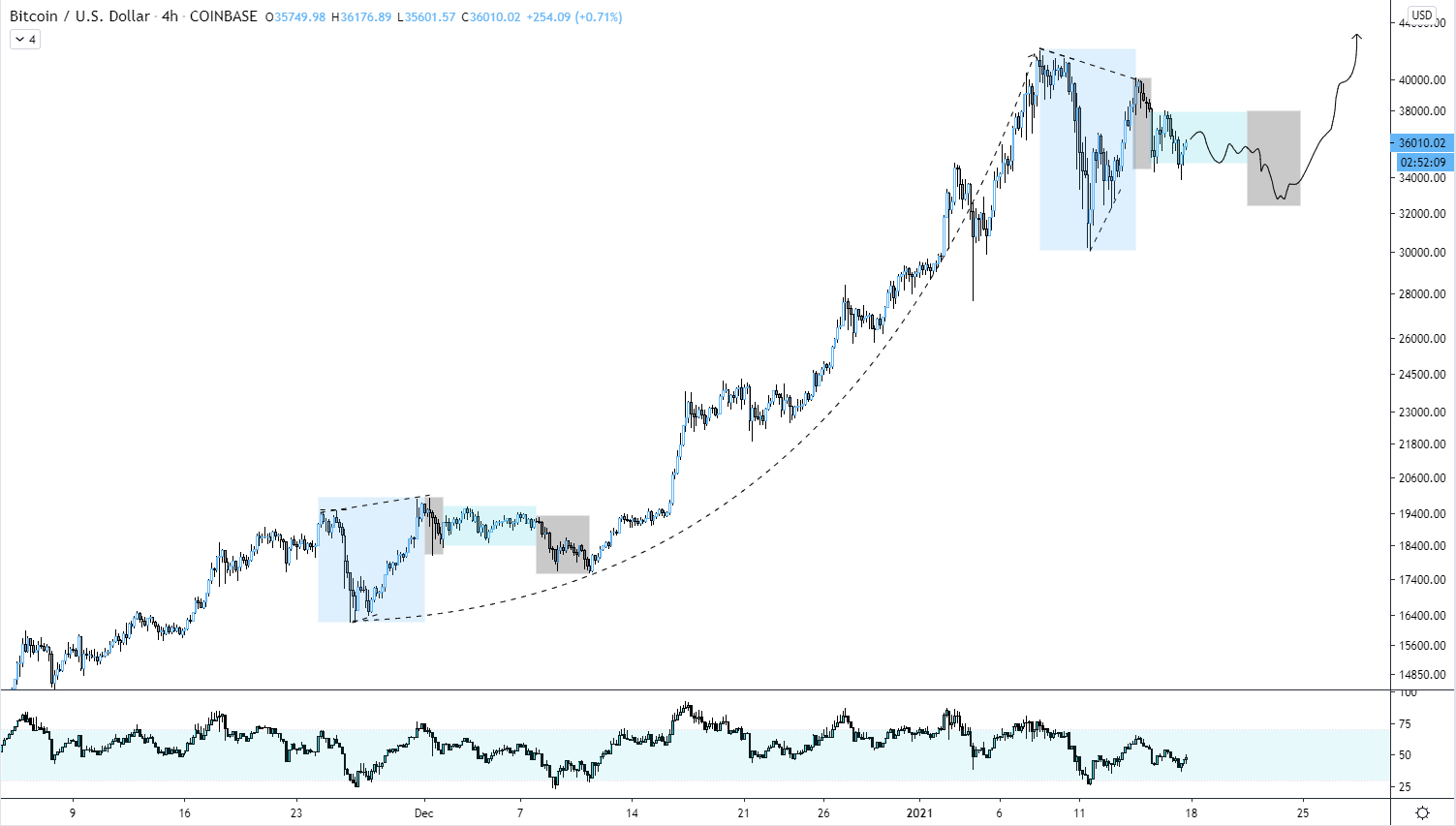 As you can see there are definitely some similarities there...

If this were to play out in a similar fashion, we would expect bitcoin to bottom around $32k in a week or so and then start climbing again.

While there is no guarantee that the above fractal plays out, there is a decent chance it does something at least remotely similar.

Especially when you factor in the ultimate outcome...

During the last time we saw this type of setup, the price ultimately broke out to the upside and eventually doubled over the period of about a month.

A similar setup here would take the price to $60k, which is similar to what we saw back in 2017 when the price emerged from a pullback: 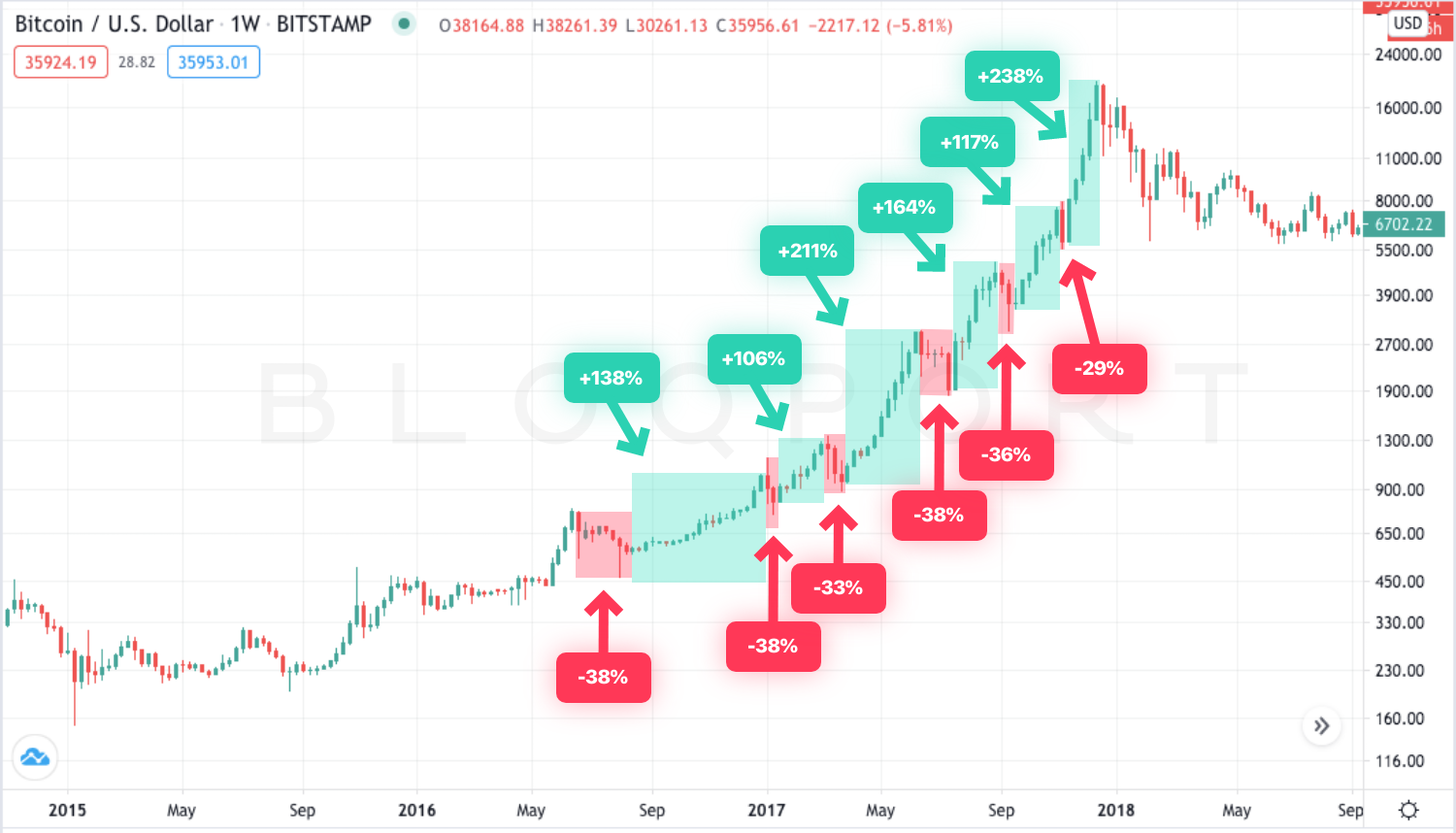 As you can see, we often saw 30% corrections followed by surges of over 100%.

In fact, after every correction in 2017, the price went up by more than 100% from those lows before correcting again.

We have all the right ingredients to see the same thing happen again here.