Some people are worried about Coinbase going Public, I'm not one of them...

In case you hadn't hear, Coinbase has filed to go public in the not too distant future.

I haven't seen the exact date yet, but I believe it is expected to be in Q1 of this year.

Some out there think that Coinbase going public is not only not going to be a huge boon to crypto, but actually a significant negative, I disagree...

Based on their most recent fundraising round, Coinbase is said be valued around $8 billion, but that was in 2018.

Based on things I have read the current valuation is probably closer to $16 billion, or maybe even $32 billion depending on who you ask. 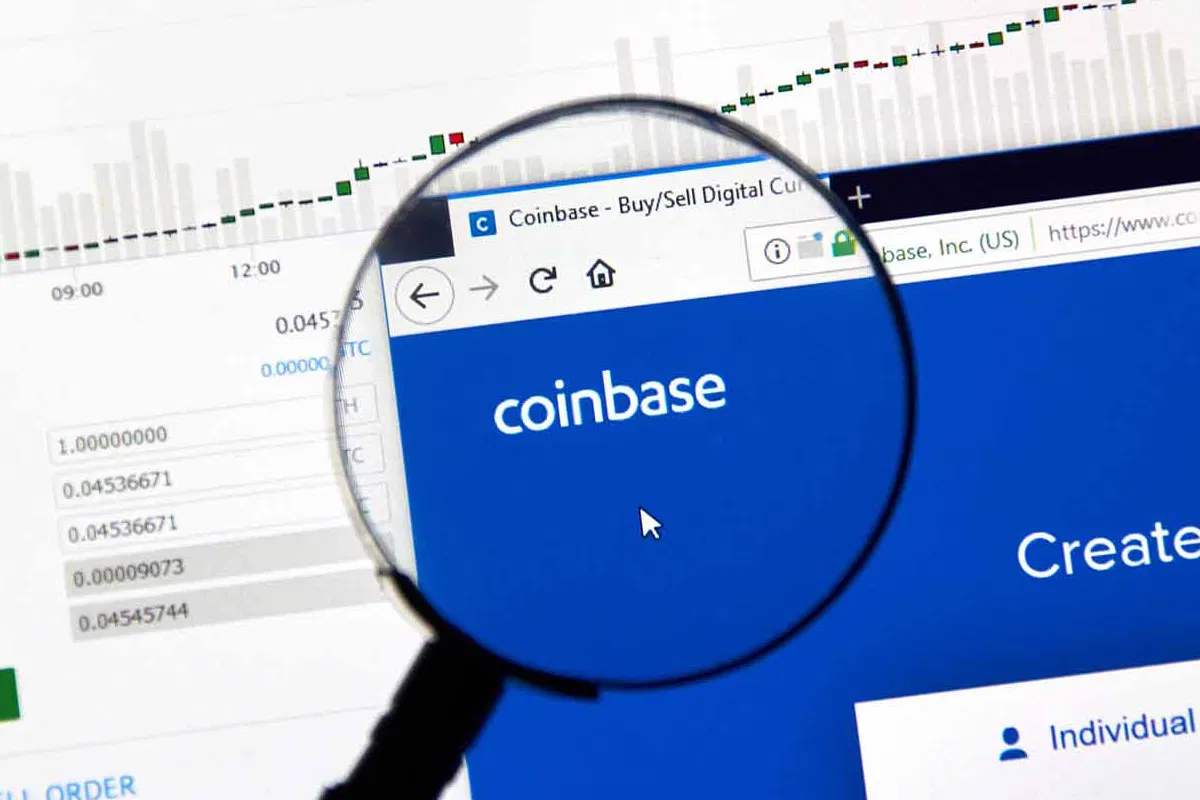 The argument against Coinbase going public is that it will pull institutional money away from bitcoin.

While that is probably true to some degree I think the net number will be overwhelmingly positive.

Meaning that some money that might have bought bitcoin will instead buy Coinbase stock, but the amount of new money it brings in to bitcoin and crypto on the whole will likely significantly dwarf that.

Also, Coinbase will be well capitalized and have money to grow the ecosystem, something that the crypto industry has definitely needed.

This was from Axios the other day about what they see as potential positives from the Coinbase IPO: 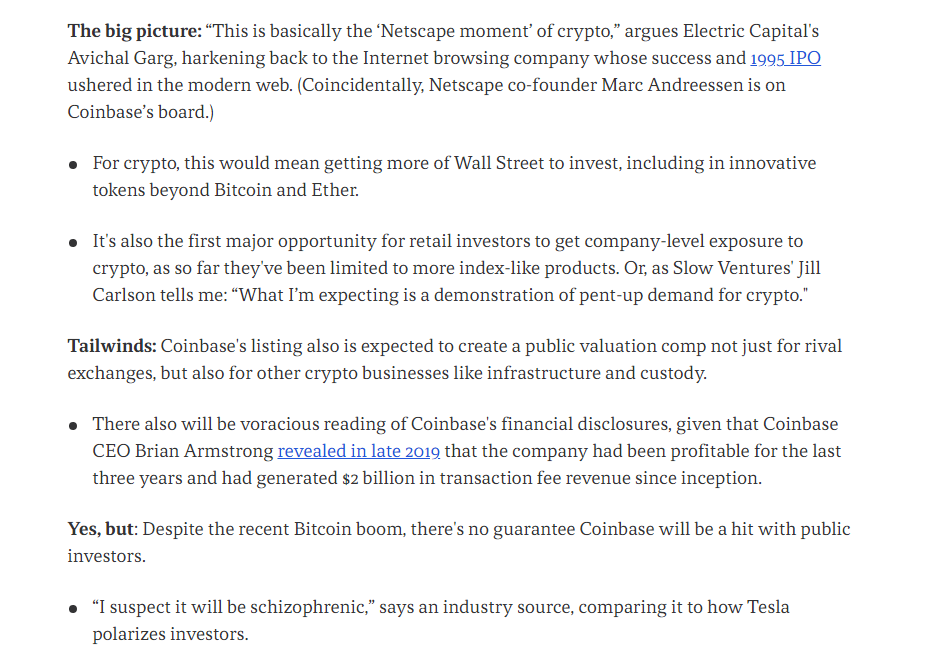 Investors will first buy Coinbase, and then as that performs well, they will venture out and buy bitcoin as well.

It's to build on itself pushing both assets higher and higher as the positive feedback loom continues all the way up.

I don't own many individual stocks these days, but seeing how well some of these unicorn companies have done recently with all the money printing going on, I will probably be buying some shares of Coinbase.

Bitcoin and Coinbase are both going to be flying later this year, both helping push each other higher.