This time really is different!

Bitcoin hasn't even broken out to new highs yet.

There is an awful lot of excitement surrounding an asset that isn't yet at all time highs.

And that is because there should be...

Bitcoin was at $18k before, but it didn't look like this.

The amount of money in stable coins currently dwarfs what was in there last time bitcoin was around these levels.

How much dwarfing are we talking about? 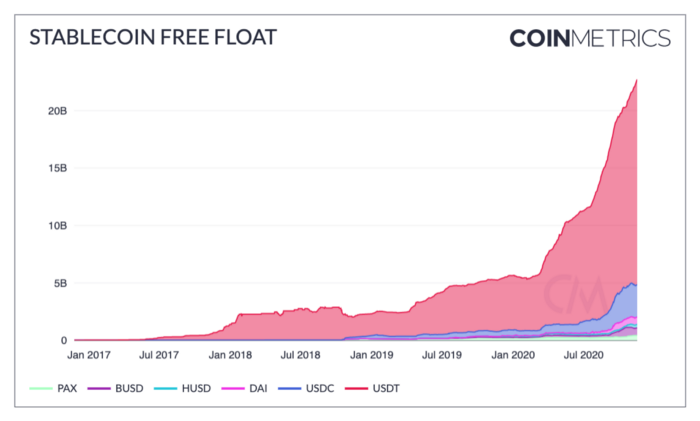 That is more than a 20x difference for those doing the math.

While all of that $23 billion sitting in stable coins isn't going to jump in bitcoin on dips, some of it surely will.

This robust stable coin market didn't exist the last time bitcoin was at these levels, which is one thing that actually plays against the altcoin market.

Back in 2017 when money left bitcoin it went into altcoins, this time around a lot of that money goes into stable coins.

No, but a lot of it most likely will.

The good news is that the higher that bitcoin goes the more money there will be sloshing around looking for homes.

Anyways, with both stable coins holding at all time highs and bitcoin near all time highs the odds of a bitcoin crash around current levels is extremely low.

It means a ton of new money has come into the crypto market as opposed to the money just sloshing back and forth.

Great news for the entire ecosystem going forward and good reason to believe that bitcoin at $18k this time around isn't anywhere near a top.