The real fun hasn't even started yet

The price action in Bitcoin has been a lot of fun, but it's about to get a whole lot more fun

Sure, bitcoin is trading at/near all time highs around $40k, and that seems very high to some, but it's not.

Yes, it's really not that high in the grand scheme of things.

It's simply a few ticks above its old all time high, which is but a bump in the road compared to where we are likely eventually going.

At this point in time, bitcoin is exactly where it was after the 2012 halving and the 2016 halving, almost exactly.

We just broke our old all time highs and are grinding higher.

If this continues to play out, look where we are eventually going: 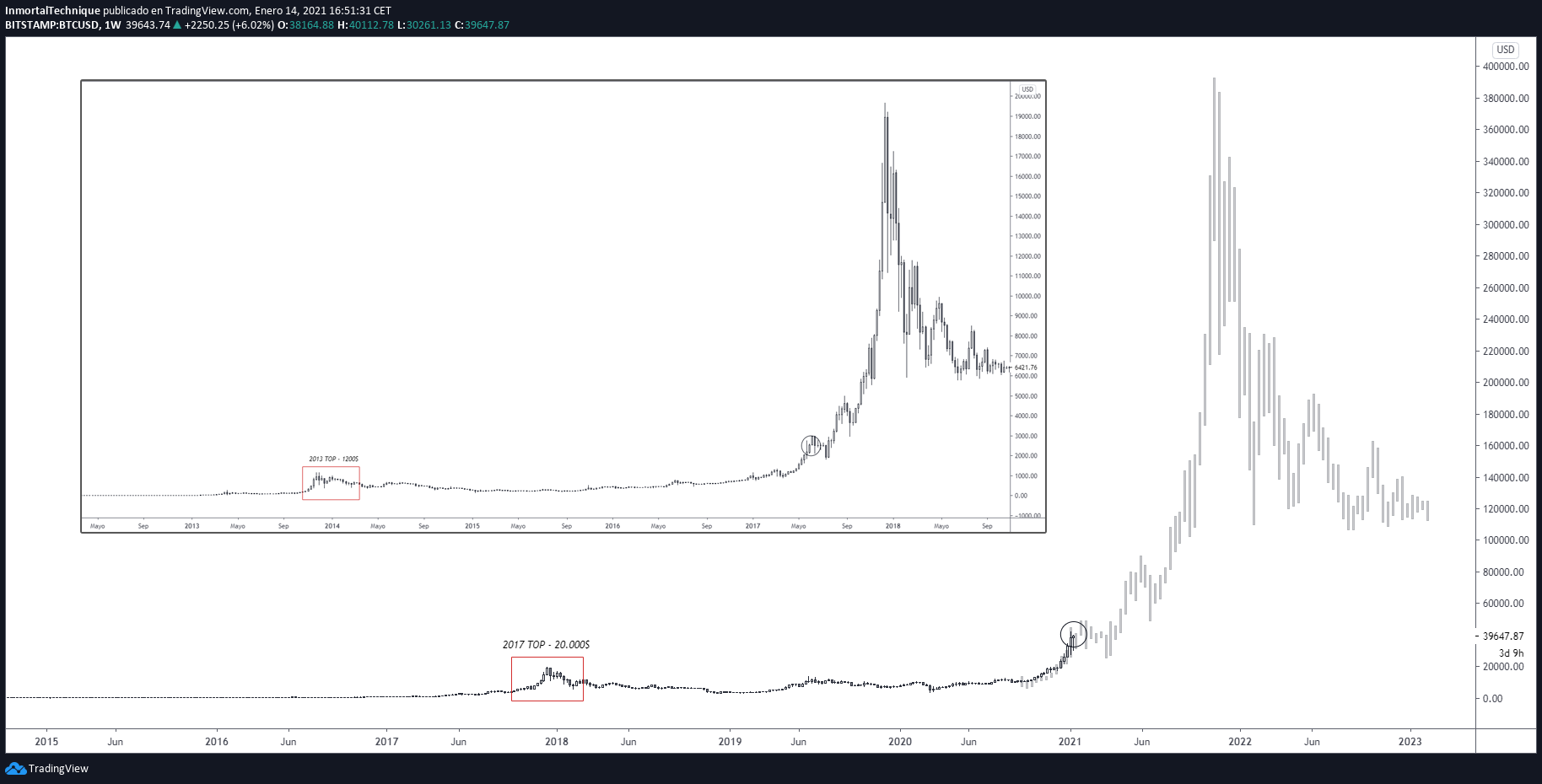 That big parabolic surge on the right was what things looked like back in 2013 and 2017, but now they are looking almost like flat lines.

Which is likely what we are going to see yet again.

Where are we heading?

If this same pattern were to play out, bitcoin is going somewhere between $200k and $400k and it's going to happen by the end of this year.

The chart above hints closer to $400k.

I can't say for certain, but that is exactly what it did back in 2017, at least in percentage terms.

It broke $1k at the beginning of 2017 and ended up hitting $20k by the end of the year for a gain of 20x after hitting all time highs.

I have to think at some point the law of large numbers will come into play, as it will literally take trillions of dollars coming into bitcoin to push up that high.

Time will tell whether that is possible or not, but the good news is we have less than a year to wait in order to find out.

Personally, without some sort of black-swan event happening, it is getting harder and harder to see how bitcoin doesn't go well over $100k this year and possibly all the way to $200k.

Get your popcorn ready, it's going to be fun either way!