With Stablecoin Balances at all time highs any dip in Bitcoin will likely be short lived...

If you think the price of bitcoin and some of these altcoins is/are over-extended and are due to crash any minute, you will likely be waiting for a while...

The amount and number of stable coins sitting on Exchanges just hit a new all time high around $8 billion.

This is the highest level we have seen... ever. 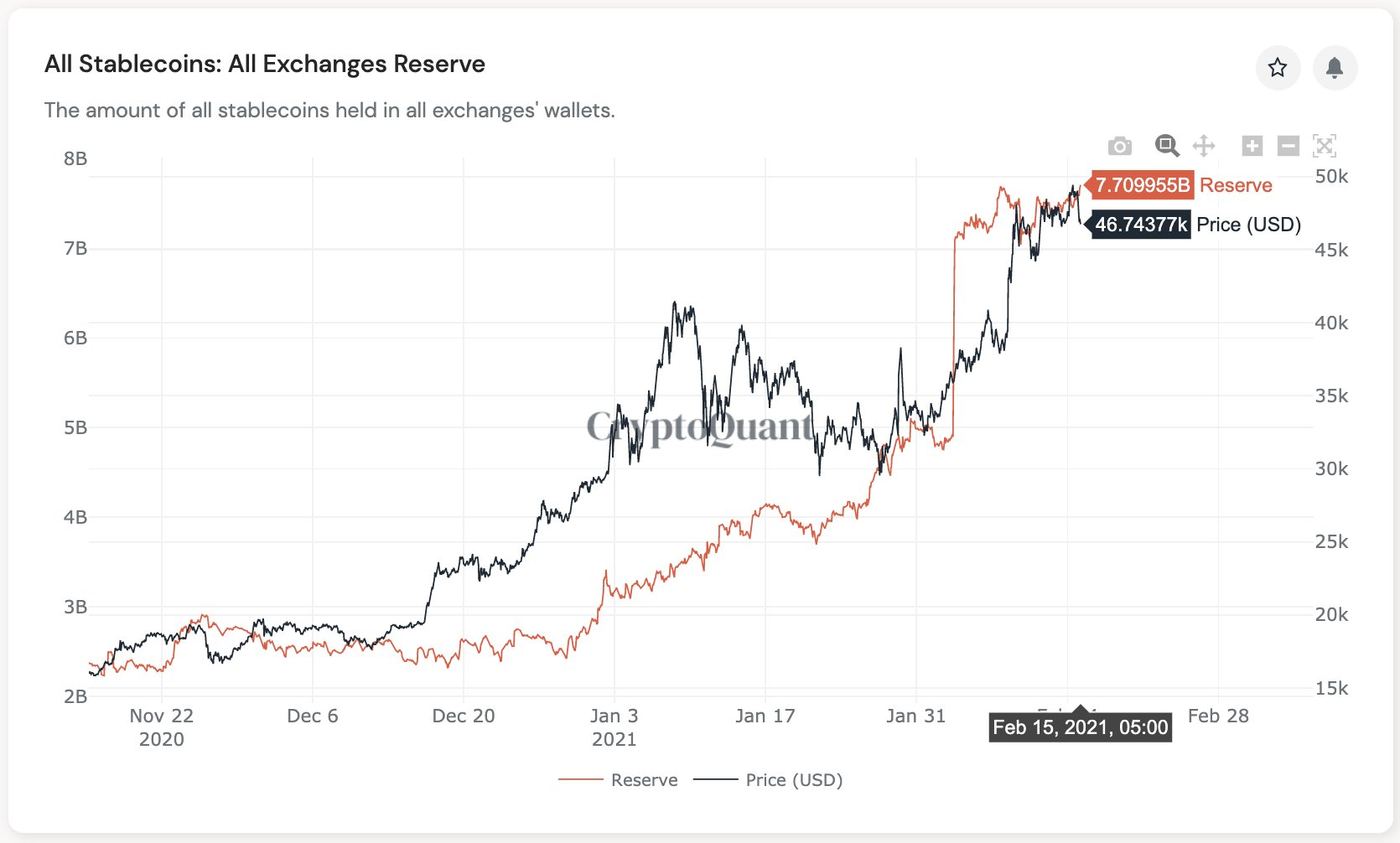 This represents roughly a 3x increase over the last 3 months, pretty much mirroring the price of bitcoin.

Not exactly what you would expect...

Normally, when the price of bitcoin is going higher, the amount of stable coins sitting on Exchanges drops as people FOMO their way in.

Then when things start to look bearish in bitcoin, they move back to the sidelines and the stable coin balances increase again..

We are seeing the exact opposite of that right now, which probably means we aren't near a top.

Another interesting thing about the latest setup is the fact that the last time we saw a surge in stable coin balances on Exchanges was right before we saw a big move up in the price of bitcoin... 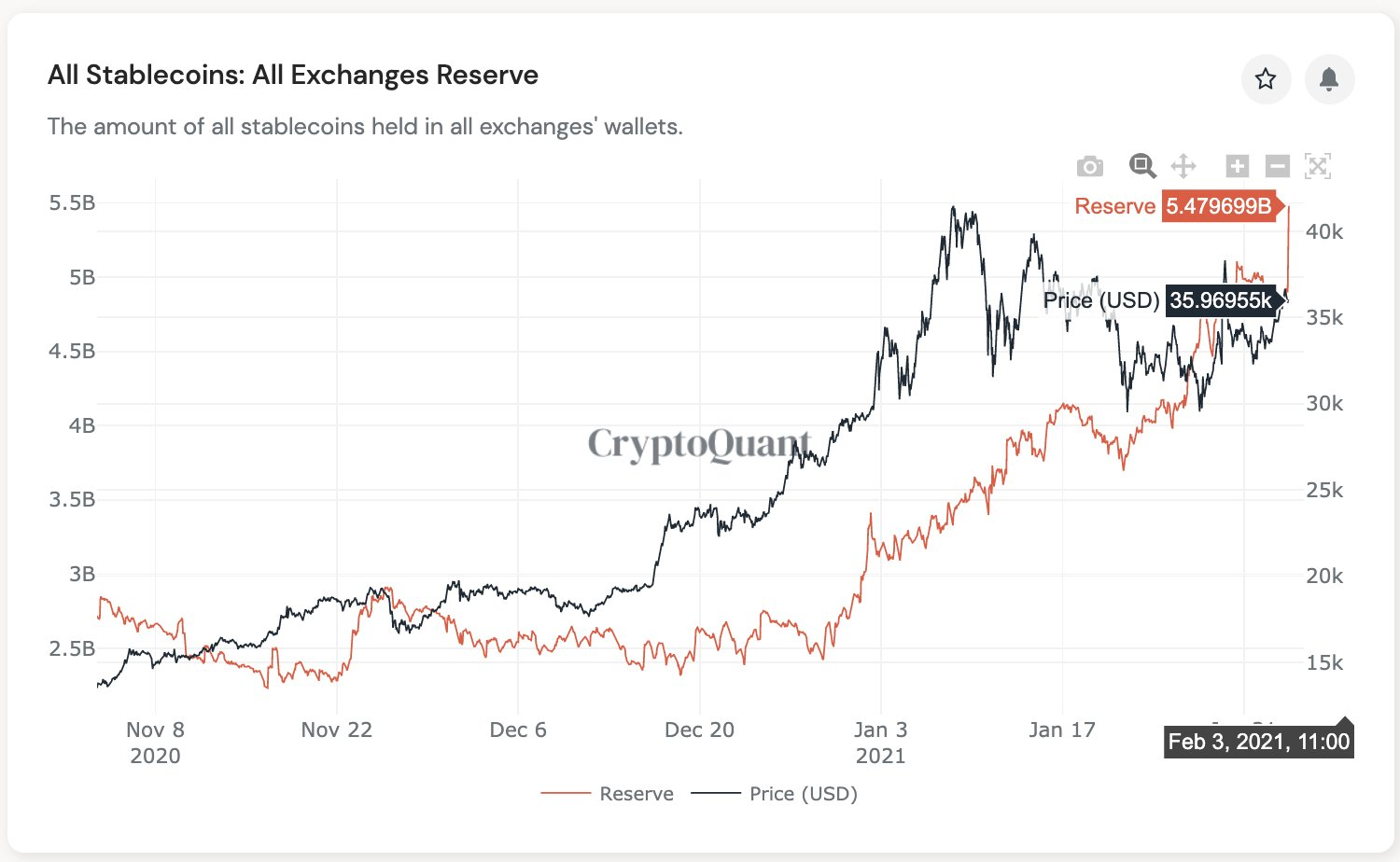 As you can see, there was a huge spike in stable coin balances on Exchanges in late January, right before the price of bitcoin broke out to the upside in a major way.

The reason this matters is because the amount of stable coins sitting on Exchanges very likely represents dry powder, potential buying power.

People don't tend to park stable coins on Exchanges unless they plan to use them to buy something.

While this isn't true for every single coin parked on an Exchange, it's likely true for the majority.

With bitcoin sitting at $48k and a $900 billion dollar market cap, seeing stable coin balances at all time highs as well tells me that we are likely to continue to push higher on bitcoin in the near term.

Once those balances start to fall, that may indicate the price is near a local top.

That fact that not only are the stable coins not dropping, but instead continue to increase at a torrid pace tells me that there is a ton of buying power waiting to jump in on any dips.

For that reason, any dips will likely be shallow and the price of bitcoin and altcoins is likely to continue inflating in the near term.