Dear Leos, Lion cubs and HiveBeez,
I try to provide my readers with useful articles several times a week. This time, I’ve put together a glossary because we can come across a lot of terms in this area that we don’t understand yet. Many are afraid of cryptocurrencies just because of professional jargon and acronyms! If you want to add new elements to the dictionary, write in the comment line! 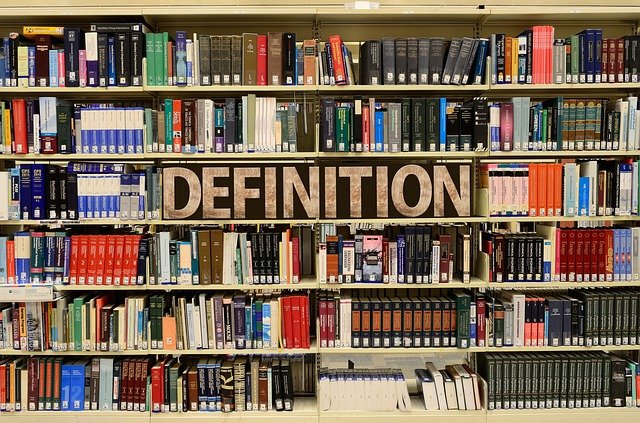 Altcoin - The alt comes from the alternative word, which means it represents the currency that replaces the main cryptophen (Bitcoin). Most traders see alts as a short-term trading opportunity to get more bitcoin. This is, of course, due to the fact that some altcoins have a better ROI).

ASIC (Application-Specific Integrated Circuit) - An application-specific circuit designed to perform special tasks. With the help of ASIC, cryptocurrencies can be mined much more efficiently and some crypts, such as bitcoin, for example, can no longer be mined without it, because the capacity of traditional devices lags behind them by orders of magnitude.

Accumulation When we are not buying a larger quantity at once, but are patiently building our portfolio, always waiting to be able to buy at the lower levels of a given price range.

Bagholder. It is usually used for those who have shopped from a cryptocurrency that has then dropped in value and since they don’t want to post a huge loss, they have to wait, “carry” it until its price rises at least enough to surpass it with a zero balance.

Bitcoin is an open source digital currency issued on January 3, 2009 by an unknown (forum name Satoshi Nakamoto) right after the 2008 U.S. banking crisis erupted. The name also applies to the open source software that handles the currency and the distributed network created with it.

Blockchain is a distributed database that keeps track of an ever-growing list of data blocks in a way that prevents forgery and modification.

Bull market - A bull market where prices and interest in the sphere rise.

Bear market - A bear market where prices and interest in the sphere are downward.

Coin - The terms “coin” and “token” are often synonymous and are used interchangeably, however, there are possibilities for interpretation. In a narrower sense, coin refers to cryptographs that have only a value-preserving or currency function, and especially first- and second-generation crypts, which in most cases even followed the term -coin in their names after Bitcoin.

DEX - Decentralized Stock Exchange. An exchange where you have your own private key, including your own assets.

EEA - Enterprise Ethereum Alliance - built to customize ethereum for industry players. It aims to define enterprise-grade software capable of handling the most complex, highly demanding applications at the speed of business.

ERC20 - The ERC20 token is cryptocurrency following the standards of the Ethereum network. The name is made up of the words “Ethereum Request for Comment” and “20,” which is essentially a list of rules that have created an industry standard.

Ethereum is an open source, public, community, blockchain-based, distributed computing-based computing platform and cryptocurrency that also has a smart contract feature. The creation of Ethereum was proposed at the end of 2013 by Vitalik Buterin, one of the researchers and programmers of cryptocurrencies. The main goal was to create an altcoin that would solve the problems that occur during the operation and use of bitcoin

Fiat - Traditional money. Fiat money is named after the Latin word “fiat” which means decree. It applies to all state, by-order, unsecured currency, ie Euro, Pound, or US Dollar.

FOMO (Fear Of Missing Out) - a feeling of “being missed out of something,” that is, when we miss a sudden rise or the goods of opportunity. Many people tend to buy suddenly, recklessly, at unrealistically high exchange rates, and thus become a Bagholder.

Genesis block - The genesis block is the first block with which the block chain itself begins. The very first page of a distributed general ledger. Each additional block will be linked through the hashes to the previous ones, and thus to the very first one, ~. The Bitcoin genesis block was created on January 3, 2009.

Hash - A unique extract made from data (based on mathematical methods). The original data cannot be recovered from this snippet, but even the slightest change to the original data will result in a completely different hash.

Hashrate - Shows how many hashes can be generated per unit of time on the system or on a given device. An average CPU core can generate 1-2 million hashs per second, so its hashrate ranges from 1Mh / s to 2Mh / s.

Halving: this word refers to a process that continuously reduces the rate of release of coins. In the case of bitcoin, exactly this periodic decrease is approx. Every 4 years, it deducts the reward miners receive for each block mined, currently 12.5 BTC.
This ensures that the given cryptographic device follows the predetermined release rate until the maximum supply is finally reached. As many know, the number of extractable bitcoins (BTC) is finite, if the total available 21 million units are mined, the network will no longer produce.

Limit order - A purchase or purchase that is made by the stock exchange only when the exchange rate has reached the level specified by us. The advantage is that less commission is charged for it than for the market order. The disadvantage is that due to market fluctuations, the purchase / sale is not always fulfilled.

Market order - immediate purchase / sale at market price. They charge a higher commission for it than for a limit order.

Masternode - A fixed amount of coin that is deposited to ensure the stability of the operation of the blockchain for a given project, coin, and the authentication of ongoing transactions. Masternode owners pocket a reward for this action on the merits of the project / coin.

Moon - “to the moon!” or simply small rocket signs. This is the most common form of this term. All it means is that one is confident that in the near future there will be a vertical rise, an explosion in the value of a given crypt, and the exchange rate will “go to the moon”.

Moon Lambo - A phenomenon already discussed in the terms moon and lambo, it means - in many cases unreasonable - hurray optimism, which emerges from beginners in every steep jump. Typical occurrence in forums: "When lambo?"

Premine - A pre-starred cryptocurrency, usually created in a genesis block. It is intended to cover the cost of development.

Private Key - In the case of an asymmetric encryption algorithm, the part of the key pair that we need to keep secret. We can digitally sign with the private key and decrypt the data encrypted with the associated public key.

Privacy coin - In Hungarian we call them mostly anonymous crypto money. The bottom line is that transactions are untraceable, so we can’t figure out who referred to whom.

Public key - In the case of an asymmetric encryption algorithm, the part of the key pair that can be shared with anyone. The public key can be used to verify the authenticity of the digital signature and to send an encrypted message to the private key holder.

Shitcoin is a cryptocurrency with little or no value or a digital currency that has no purpose.

Smart contract. Its concept is primarily related to Ethereum, but has since been available in countless other products. The point is that it makes the fulfillment of a transaction, i.e. an automatically executed contract, conditional on the fulfillment of one or more conditions.

Stop Loss - A predetermined level of sale below which cryptocurrencies are automatically sold. It is designed to prevent excessive losses.

Token - The terms “coin” and “token” are often synonymous and are used interchangeably, however, there are possibilities for interpretation. Tokens are not issued on their own blockchain, but on an existing platform. Tokens can also have a value-preserving function, but their primary role is to fulfill some function by quantification. Ownership symbol, highway sticker, etc.

Volume - Traffic. The total amount of cryptocurrency bought and sold during a given period.

Wallet. Technically, this word refers to the applications that we use to access the network and manage our crypto, but in a more open sense, it can denote not only the application but also the particular account where the user’s money is available.

Whale - A market participant who has cryptocurrencies worth orders of magnitude more than the average trader.

Do you feel uncertain about your future? Learn how to build your wealth with ease!
Fair and trustworthy way to keep your Ethereum in BCT (BlockChainCapital shares) and/or WBT (WealthBuildingToken)!
Want to help other people and be rich at the same time? Join our community, and you'll be helped in every steps!
See this short video:


If you just want to invest by buying BTC or WBT, or just keep your Ethereum here, sign in and create your wallets.
My referral link: http://my.blockchaincapital.pro/?ref=kalemandra

I'm not normal! I'm a Humanoid!

With lots of love from Kalemandra