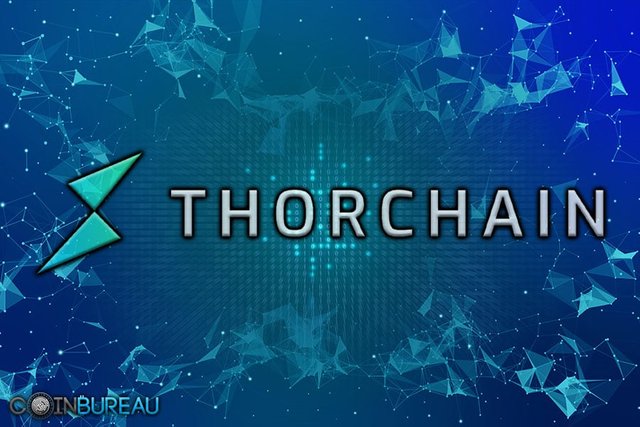 2021 has not been an easy year for THORChain by any stretch. The summer brought three exploits to this chain all within one month. In July, as a result of these exploits, the price of RUNE, the protocol's native token, suffered significantly. The price of RUNE fell precipitously from its all time highs over $20.00 in May down to a low of $3.50 late in July.

Responding to the exploits, THORChain ceased all swaps on the network while it sought to improve network security to reduce the chances of exploits going forward. In late October, Ethereum swaps relaunched on chain but at that time THORChain's recovery was already almost complete. The price of RUNE was once again in striking distance of $20.00.

Yet the troubles facing THORChain do not end here as then came the THORSwap public sale. THORChain's decentralized exchange THORSwap conducted a successful capped public sale which ended up oversubscribed by 198%. In this sale, community members could purchase a capped $300.00 each for the much anticipated THOR token.

Sounds all good so far, but a second uncapped offering of THOR went terribly bad. In this second sale, bots were able to front-run the IDO (Initial Decentralized Exchange Offering) and the THORChain Treasury obtained all these tokens prior to public access to the sales application. This caused yet another dip in the price of RUNE, nonetheless, within 24 hours this dip was reversed. Not only has the price recovered, but on Twitter, those adversely affected THORChain community members are still expressing praise for the THORChain team.

All this begs the question. Why following the summer exploits did some THORChain wallet holders donate Ethereum to the platform to assist in covering losses? And why following the botched uncapped IDO are THORChain community members singing the praises of the chain saying such things like 'the Team knows how the community should be treated'?

So just how does THORChain succeed where other projects in the space failed following hacks, exploits and serious errors?

Some community members attribute this success to the communities commitment to the essence of decentralization present in the project. Others attribute the success to community development. But the true cause of this success is attributable to an ethical interplay between the developers, managers, moderators, and community members serving as the catalyst for the creation of an earnest and robust antifragile economic system.

Just as with the exploits, THORSwap quickly addressed the problems surrounding the uncapped offering. Their response in this regard was specifically addressed to the community members expressing outrage at the errors that prevented participation in the event. In debriefing the THORSwap launch, the THORSwap team said:

The $THOR token launch on THORChain was, frankly, a bad experience for everyone involved. We have built up trust over the years, and we understand it can easily be broken from one event like this. Many lessons were learned and we hope to regain your trust. We’re taking the initiative to make this right for you, the community.

Rather than offering a simple apology though, THORChain went much further to appease the situation it faced. Initially, the THORChain Treasury had promised to donate back 10% of the tokens it received to the liquidity pool. Later however, THORChain reallocated the entire $11,250,000 position it held to be distributed to the liquidity providers who were prevented from obtaining tokens.

Additionally, the THORSwap team announced plans for a significant airdrop, noting to the community: "We love the THORSwap and THORChain community and are absolutely committed to you. We appreciate your support thus far and the coming future". [Id.]. Details of this $10,000,000 airdrop are:

THORSwap will give a significant airdrop to anyone (except the early whales of course) who provided liquidity into the $THOR-$RUNE pool. This will be taken as an on-chain snapshot. Addresses that interacted with the faucet contract, but were unable to complete their liquidity deposit will also receive the $THOR airdrop. More details to follow very soon.

In addition, THORSwap has advised $THOR liquidity providers, stakers and farmers that they may expect "very healthy" block rewards with more details to follow. And finally in responding to the IDO debacle:

THORSwap will initiate a Community Feedback campaign to capture your valuable feedback directly from you. This will culminate with a public report of the findings and next steps plan. Our long track record of products show that we take community feedback very seriously, and will continue to do so moving forward.

THORChain though has been smart enough to recognize that apologies and some 'free money' does not insure success. To this end, THORSwap has been developing its community for over a year prior to launch. THORSwap has over 18,000 members in its Discord channel where it offers 24/7 support with a response time usually within 30 minutes.

We all can recognize the difficulty in moderating a Discord channel that often devolves into a pit of spam. However, transparency and continuous communication exist in the THORSwap Discord leading to a mood of positivity for the project. Being first to announce the exploits and the remedial measures thereto has given the THORSwap Discord an air of confidence and comfort. To facilitate this, THORSwap relies on paid moderators over the usual volunteers.

Beyond the safety net created for its online communities, THORSwap has developed its own product lines with which to reward positive contributions to the platform. Using NFTs, this has become a very popular method to encourage project loyalty in an inexpensive fashion.

In addition to Discord, the THORChad DAO exists for the community as a place where initiative projects and applications can launch. The THORChad DAO self describes itself as follows:

Approximately 75% of revenues are expected to benefit the THORSwap community. The projects success is based on the theory that using these aligned incentives will yield increased scalability and a trading black hole [see, e.g. THORChain. Liquidity Pools & The Black Hole. (Accessed November 6, 2021). The vision present is that discounted trading fees will lead to more volume which in turn leads to greater revenue. With the increased revenue additional value accrues to the community, which leads to further discounted trading fees and from there the circle continues.

These aligned incentives have already exhibited a demonstrable tangible benefit for THORSwap. One must look to the community support evident in the public sale where the project attracted 5000 participants in the first round with 100% of the sale's required funds obtained within 17 minutes.

THORChain has rightfully identified that with the rapidly expanding cryptosphere, the advanced technology it utilizes alone is insufficient to survive. Technology can be improved, copied and/or made obsolete. But crypto communities and their underlying crypto ecosystems have better chances of survival when their respective interests align.

Chad Barraford, a core developer of THORChain noted that these incentives go both directions (in the video, Barraford was comparing the fallout from the THORChain exploits to the Mt. Gox Bitcoin hack). In the video, he stated:

This community is, I mean, obviously this community is absolutely amazing. Y’all just have diamond hands. I completely appreciate everybody sticking around and just continuing to support the project. That was crucial for me to keep putting all my energy… to just get that support from you all.

[RuneBase.Org. Passionate diamond handed $RUNE hodlers gives
@CBarraford and the @THORChain team the support they need to solider on to Valhalla!. (Accessed November 6, 2021)].

These aligned incentives, when properly executed as in the case of THORChain as set forth above, have the ability to create antifragile economic systems that permit crypto projects to quickly recover from black swan events. They may be viewed as a core innovation in the cryptoverse holding the same promise as with THORChain, which is still viable despite the exploits and mistakes. It is one step toward assured survival (at least for THORChain) in this industry.

NOTE: This article is submitted as a supplement to the Leo Finance THORChain Coin Guide, and, as a contribution to the LeoAlpha Project.

Wow, you made me want to join their discord and buy more!

I'm haven't joined the Discord or THORChads (yet), but I do make weekly buys of RUNE to DCA. I was lucky and bought a bunch in July, right after the exploits for less than $4.00. Loving it now!

Tried to use this chain but very complicated process to add token and swap with each others.